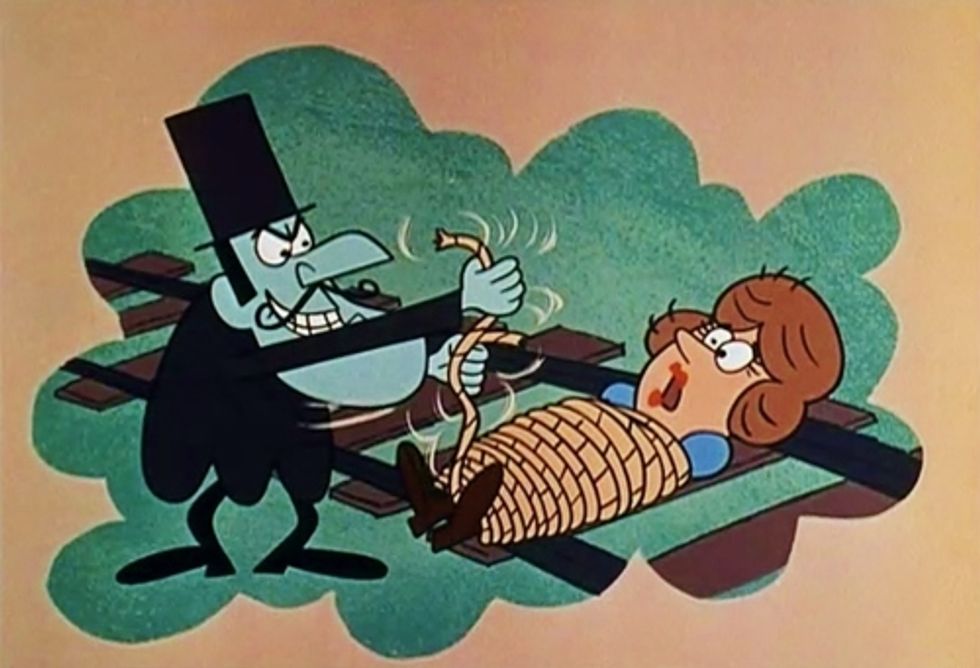 This is all Do-Right's fault, you understand

After spending most of 2017 failing to reauthorize the Children's Health Insurance Program (CHIP) while they were busy trying to kill Obamacare and passing a huge tax cut for the rich, Republicans have finally decided to include a six-year CHIP reauthorization in a short-term funding bill to keep the government open for four weeks. If a continuing resolution doesn't pass before Friday night -- that's tomorrow! -- there will be a government shutdown.

Needless to say, the GOP funding bill doesn't include any protections for DACA recipients, guaranteeing that Dems will reject it. So now, Republicans are shocked, shocked that those hypocritical Democrats are threatening to kill health insurance for nine million children who could have been covered well before Republicans let CHIP funding lapse at the end of September. Here are some House Rs tut-tutting about Democratic foot-dragging in a presser last night:

Children’s lives are at stake. It’s time for our friends across the aisle to stop playing games with CHIP funding. https://t.co/JYPWaMQnNb