Congratulations, Iowa Womyn! You May Already Be A Murderer! 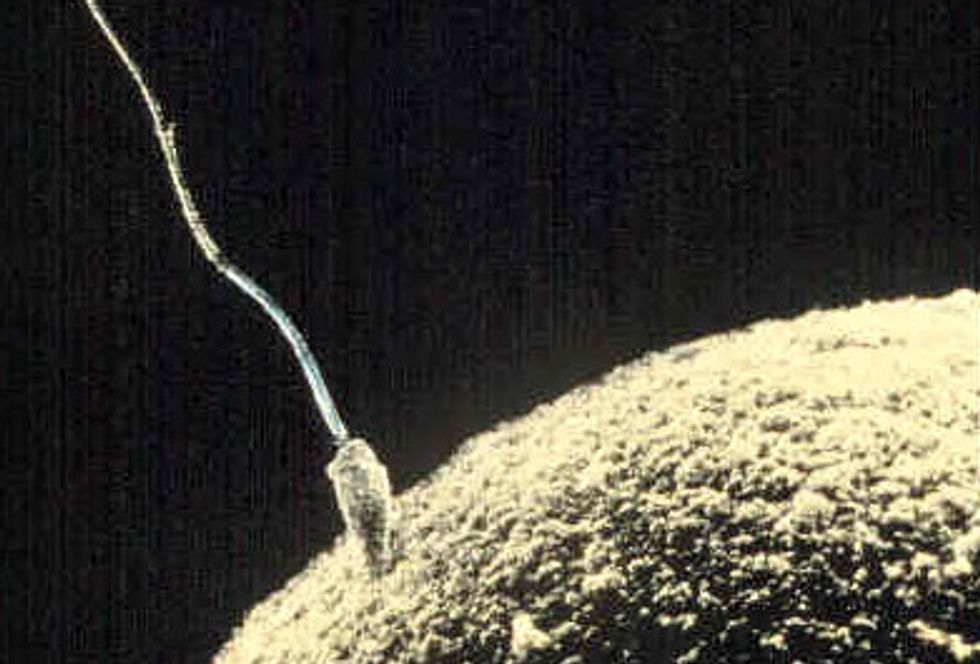 You were once just two little cells, floating around in goo inside some disgusting lady who probably just had sex. But even back then you were still a complete human being, according to state representative Tom Shaw, one of nine Iowa Republicans who introduced a law that would make the destruction of a zygotesubject to a murder charge.

Shaw's bill includes no exception for women who'd like to have the zygote forcibly implanted into them by a rapist removed. Those women, along with any others who exercise their Constitutional right to end a pregnancy, could be tossed into prison, along with the doctor who performs it.

Of course, lots of other women could be prosecuted under this law, too. Some forms of birth control can prevent the implantation of a fertilized egg, which under Shaw’s law would presumably be classifiable as murder. And of course many pregnancies simply fail, often early enough that the woman may have never known she was pregnant. So presumably these small-government Republicans will be coming to your house to collect your menstrual effluvia for signs of murder.

The justification for this law? “It simplifies everything,” Shaw said in an interview with famous lunatic Bob Enyart. “...A person is a person.”

According to Shaw, a fertilized egg, which does not have a face, heart, kidneys, eyes, fingers, a duodenum, lungs, ankles, a stomach, a nose, memories, life experiences, ideas, a brain, skin, muscle, bones, a job, or an opinion about Girls, is just as much a person as you or I am, and you are probably a murderer for even questioning its right to exist.