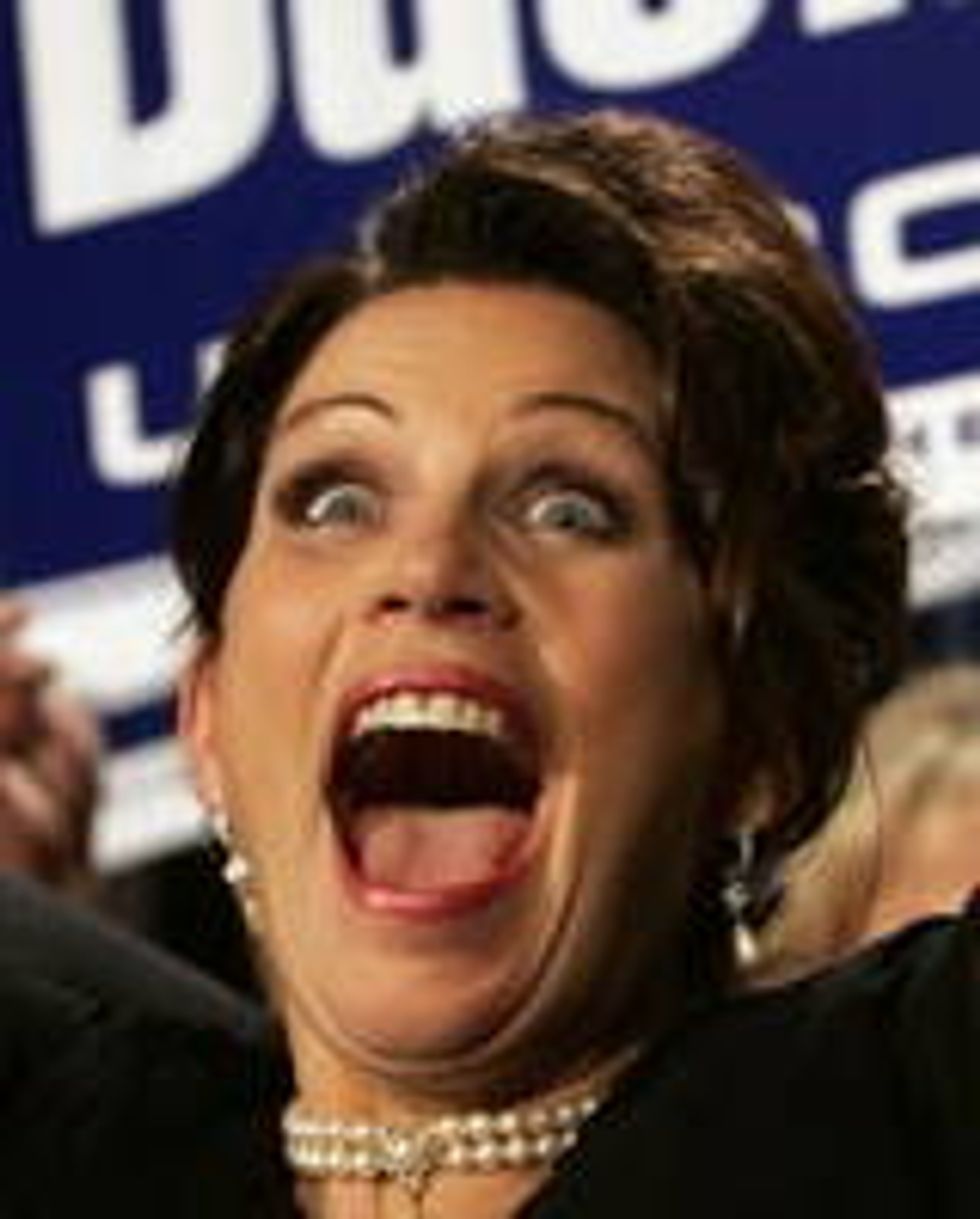 Oh LOOK, Michelle Bachmann is being a little trooper, ignoring criticism fromher own party, the Democratic party, and the reality-based community, to double down on crazy and accuse ANOTHER high-ranking political-type person of Muslim Brotherhood ties. Except she's not really ACCUSING anyone, she's just "asking questions," that's all. Just asking questions, no harm in asking a question, is there? And isn’t that nice, that she’s managing to persevere and soldier on in the fact of such adversity?

Shrugging off criticism from GOP leaders in Congress, Minnesota Republican Michele Bachmann broadened her allegations Thursday of Islamic infiltration in the U.S. government, accusing [the Muslim American] Democrat Keith Ellison of associations with the Muslim Brotherhood.

"He has a long record of being associated with [the Council on American–Islamic Relations] and with the Muslim Brotherhood," Bachmann told right-wing radio and TV show host Glenn Beck…The exchange came a day after Bachmann was denounced on the Senate floor by Ariz. Sen. John McCain. Earlier Thursday, House Speaker John Boehner termed Bachmann’s allegations “dangerous.”… Bachmann used the interview to expand on her campaign to root out Muslim Brotherhood infiltration in the government, which she said “truly is breathless.”…

Bachmann repeated her accusations that Abedin’s family members, including her long-deceased father, associated with the Muslim Brotherhood. But even as she questioned how Abedin could have received a government security clearance, she denied accusing the Clinton aide of being an agent for the Islamic group.

“All we’re doing is asking a question,” she said.

CORRECTION: This post initially said Keith Ellison was from Michigan, because Rebecca Schoenkopf decided it would be great to add a mistake to someone else's headline.