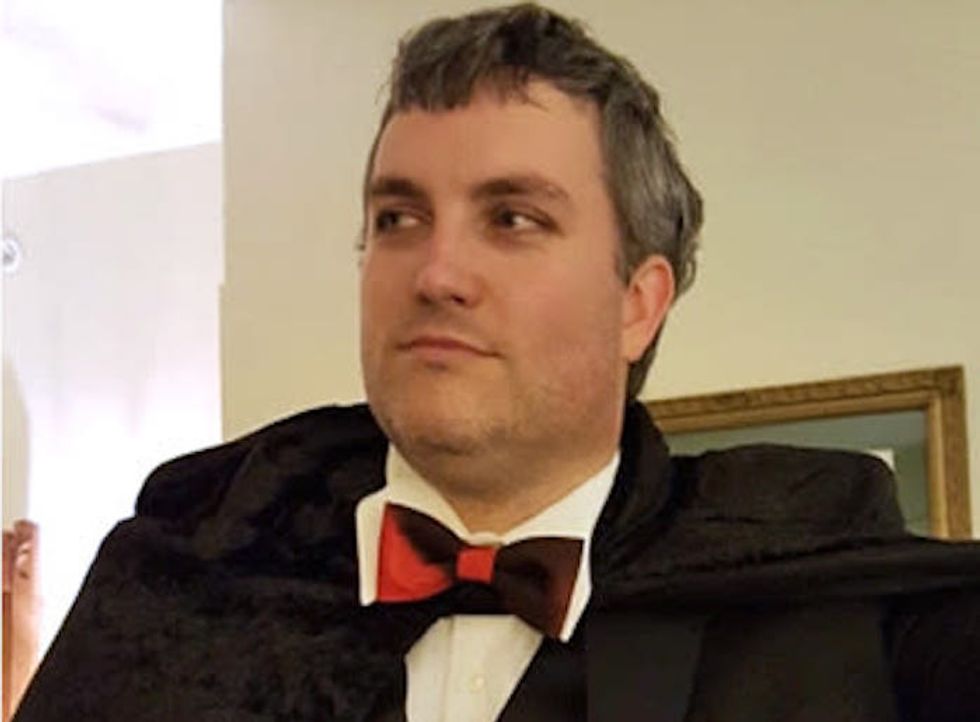 Yesterday, People Magazine revealed, to great bewilderment, that their pick for 2017's Sexiest Man Alive was none other than Blake Shelton, aka "that dude from The Voice, I think?"

Meh? I mean, I am sure he is someone's type, I guess? He is dating Gwen Stefani, so I guess he is hers.

Anyway, after much deliberation and me dropping several pictures of Jeff Goldblum wearing sweaters into the chatcave, we here at Wonkette have officially settled on our own Wonkette's Sexxxiest Man Alive, and it is none other than the vastly unqualified man Donald Trump has picked to be a federal judge in Alabama, Brett Talley!

"What?" you are surely wondering right now. To which I say, "exactly."

For one, out of all the people in this country who are totally unqualified to get a lifetime appointment to a federal judgeship (myself included!), Brett Talley was the one who was chosen. Was sex appeal a factor? Maybe! It's as good a guess as anything else. I mean, pretty much the whole reason he was chosen for this judgeship was because his wife, Annie Donaldson, is White House Counsel Donald McGahn’s chief of staff. So at least we can say that he knows how to shake what he's got in order to get ahead.

Either that or Donaldson just begged the Trump administration to give him this job so she didn't have to suffer the embarrassment of being married to a random dude who is just a wingnut blogger who wears capes all the time and almost definitely has a sword collection? One of those two things.

For another, Brett Talley is a ghost hunter.

If I have learned anything from the hours I have spent watching trashy CW dramas (and I have learned a LOT, mind you), it is that there is nothing sexier than a ghosthunter.

I mean, except for vampires, duh. But like, where am I gonna find a vampire? Sure, there are places, but those places involve listening to a lot more Depeche Mode than I am generally up for.

Unfortunately, all of the good pictures of Talley hanging out in cemeteries and being spooky-like are ones we would have to pay good money for, so you will have to settle for this one in which he is serving up some John Bender realness in front of a witch's house.

Spooky! And also sexxxy? You be the judge! It's not like you're less qualified to do that than Brett Talley is.

Wonkette is also 2017's sexxiest blog alive. Help keep us alive by donating some of your money to us! Click here!