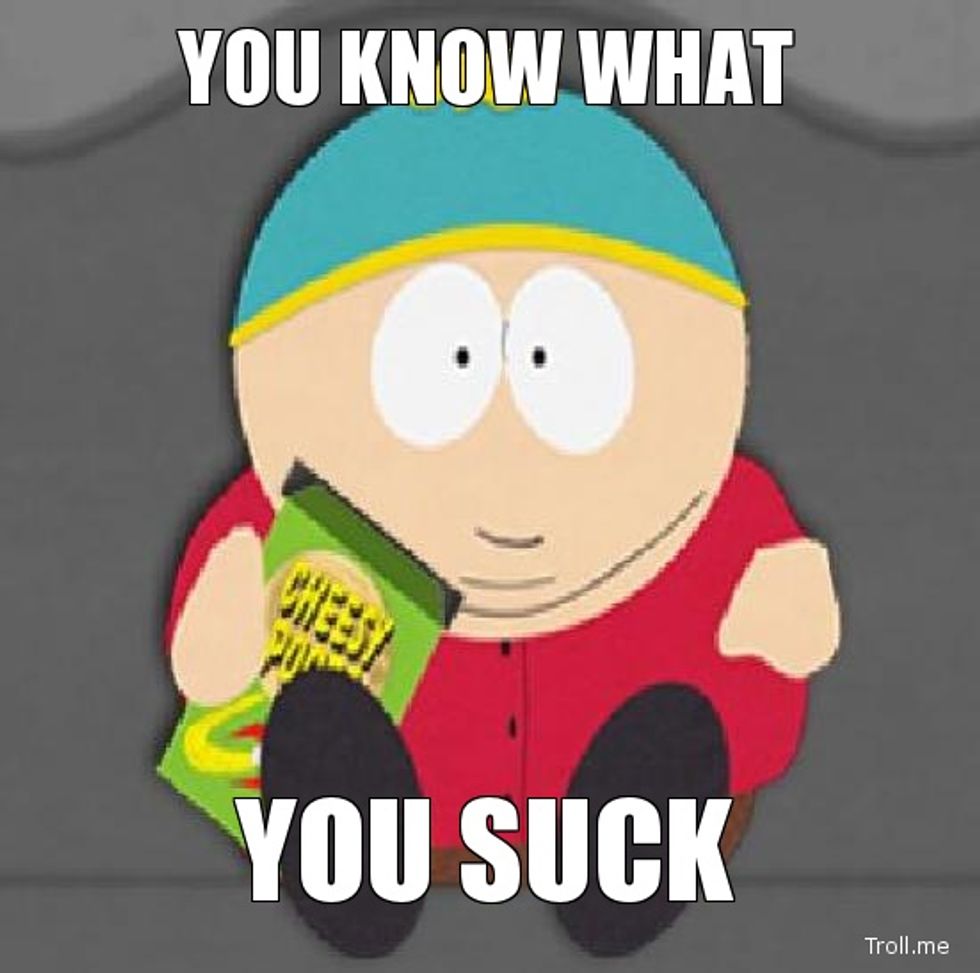 Congress sucks, and not in the happy way.

A few years ago, Congress got rid of earmarks because of corruption. In Jurassic Park, we learned that nature will find a way. In the same vein, our GOP overlords in Congress are teaching us that corruption will find a way. Congress just passed a $1.1 trillion spending bill, packed full of cronyism, pet projects, and even language designed to screw people over. And by "people" we mean "lady-people in DC." Let’s take a meandering wonksplaining tour through the history of appropriations, ending with the foul sausage the Congress has vomited forth to us, known as the omnibus.

What Are These Earmarks You Speak Of?

Congress has always had the power of the purse, which means that they get to spend the monies. And for years, Congressional leaders would use this power to make passing bills easier. If there was a recalcitrant Senator from, say, Pennsylvania, who was on the fence about a bill, Congress could simply fund a study out of the University of Backwoods Pennsylvania to look at How To Remove Homophobic Fuckwads' Last Names From Google Searches. BAM – one more ‘yea’ vote in the bag.

This kind of uber-specific appropriations were called “earmarks.” Think of them as laxatives that helped stopped up legislation move though the system we call Congress. Sure, the end result might not be pretty, but at least critical legislation doesn’t get backed up, causing an uncomfortable clog for the nation. Was it bribery? Sure, but legal bribery! Plus, Congress would dole that shit out to every state, so everyone was happy. Deficits, Schmeficits, amirite?

It’s why getting a seat on the Appropriations Committee was such a plum role. You get to load that mother up with all kinds of goodies for your state, paid for by Uncle Sam! You can be like Oprah, except give away museums, hospitals, museums, and all kinds of crap to special interests in your state! What could possibly go wrong?

Yeah, earmarks were getting corrupt. Businesses and special interests were increasingly turning to high-priced lobbyists who were able to wine & dine members of Congress (because self-policing ethics is a BRILLIANT idea) with legal bribery in order to get funding for their clients. Democracy in action, kids! If money equals speech, then these lobbyists were constantly whispering the ears off of Congresscritters.

Then the Lord God, in Her infinite Wisdom, personally installed Her Son, Barack J. Christ, into the Oval Office. ‘Merica, in response to the obviously illegal Presidenting While Black/Muslim/Democrat, decided to elect sewer-dwelling, IQ-challenged dipshits who vowed to stop funding government forever because fucking stupid. Enter the Tea Party. In Speaker Boehner’s first capitulation to this crowd of ill-tempered howling ass-monkeys, he instituted a ‘moratorium’ on earmarks. No more gravy train. No more ability to grease those skids. And - SHOCKER - we get an even more dysfunctional government and a few government shutdowns. Hooray.

So here we are today with no ability to earmark stuff. Hahaha, yeah right. Don’t you remember our opening reference to that Jeff Goldblum movie line? It was right in the first paragraph! Corruption, like little swimmers on a one-night stand, will find a way. How? Through policy riders and crafty language that directs funding without "technically" being an earmark. It's just a little harder to do. For example, mega-wanker hyena scat Sen. Richard Shelby (R-AL) might be winner of Tool of the Year for his recent omnibus hijinks:

Sen. Richard Shelby loaded up the $1.1 trillion spending bill with pet provisions, including one measure worth hundreds of millions to a rocket manufacturer with operations in his home state.

In addition to that little tidbit of language, he also protected red snapper fisheries, because of course he did. Plus, there is a water dispute between Alabama and Georgia, so what did Shelby do?

Shelby also included nonbinding language in the omnibus that affects a long-running water dispute between Alabama and Georgia officials, a matter that's already in federal court.

This is the privilege one has when one is on the Appropriations Committee. Loading up a bill with goodies, then voting for it so you can show folks back home that you are working for them. Except Sen. Shelby is a two-faced conniving shitmuffin:

But in an only-in-Congress twist, Shelby, a very senior member on the Appropriations Committee, still plans to vote against the sprawling omnibus package.

Yep. That asshat is upset that the bill isn’t racist-y enough against Syrians, so he is gonna vote no. He knew that the bill would pass and he can take a victory lap for ramrodding through Alabama priorities. But he can now also tell his hood-wearing xenophobic donors that he opposed the bill that didn't go far enough in persecuting the Browns. Win-win-win, except for how it is so fucking corrupt that we want to vomit.

Well, Planned Parenthood will continue to be funded. BUT THAT IS COMMON SENSE AND NOT A FUCKING VICTORY. However, the residents of Washington, D.C., continue to get gently caressed with a rusty coat hanger:

Here’s the thing: Because Alabama has a smarmy self-serving vile putrid fucknut of a Senator, they are able to get millions in federal largess for goddam fish. DC, which still has no representation, continues to get shat upon, to the point where we cannot even spend our own tax dollars how we goddam well please. When residents of the District speak out about Taxation without Representation, these are the real, concrete consequences of treating us like second-class citizens. Fuck you, Congress. And fuck you Democrats for letting this happen.

In sum, Congress will continue to find ways to steer tax dollars back home for pet projects. They may create some smokescreens and make it harder for themselves, but in the end, we’re all doomed. Until more people actually care about the process, and hold elected officials accountable for their dishonorable actions, there is no reason for them to not be grade-A grifters.

As depressing as this may be, channel your anger in one of two directions:

Actually, do all of the above. If you don’t, the assholes will continue to win.