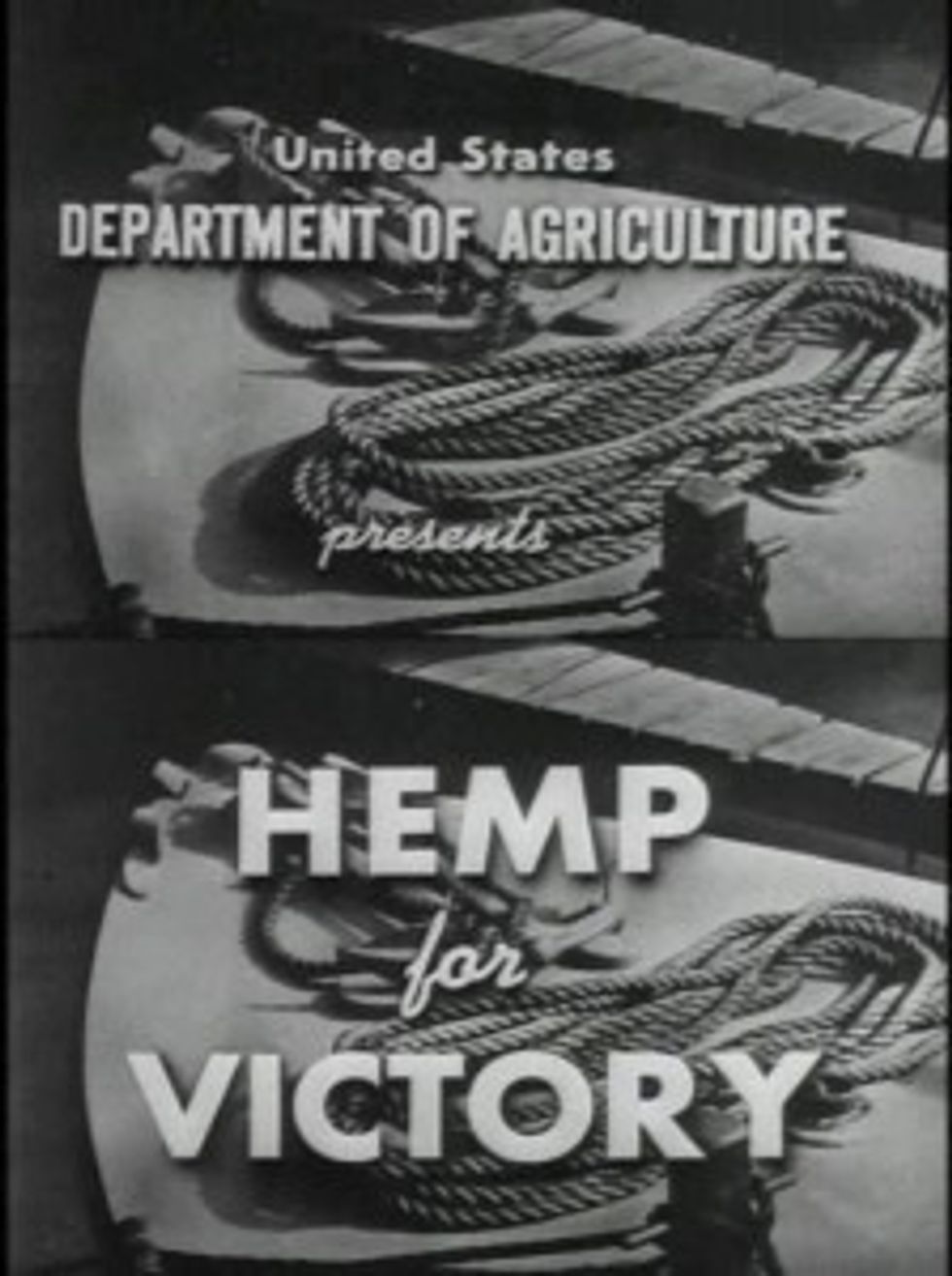 In big fat "can we just goton with this now" marijuana news, members of Congress introduced a bill this week to legalize pot on the federal level, and tax and regulate it like alcohol. Congressmen Jared Polis (D-Rocky Mtn High CO) and Earl Blumenauer (D-It's fucking raining all the time what do you expect us to do? OR) wrote a bill that would make the evil weed legal and taxable on the federal level, and allow states to decide what they want to do locally. And these guys think this shit has a chance to pass! They are so cute. But here's hoping this guy isn't just all toked up on some sweet Northern Lights. “It’s just come to a head,” (see what he did there?) says Blumenauer, "This is largely going to be resolved in the next five years.”

This bill is a lot like the one Ron Paul and Barney Frank put together a while back, but Blumenauer says he thinks Barney was spending more time doing Dodd Frank nonsense and Ron Paul was busy trying to be all Presidenty so they didn't do the heavy asskissing it takes to get your way in the halls of Congress. On a sidenote, Barney Frank is so fucking adorable.

The reason these guys are so amped comes from the silver lining that is the craziness of the states' rights freakos like Paultarded Libertarian Tea Partiers all over the place. This whole "we don't need nobody telling us how to get along with nobody, cause fuck it, free markets and big ass toilets for everybody" crowd also counts not telling people what to do with drugs as part of their "get out my face" platform. So yay, there's a happy coincidence that in no way makes up for Rand Paul's massive suckitude, but still, it's something.

Blumenauer has also been pretty pumped up by what he says is a change in attitude: “Even from when I started in Congress just four years ago, there’s been increasing support and recognition that the drug war is failing.” Oh American Congress, you're so quick. Only takes you a little more than about 40 years of putting people in jail for bullshit and strengthening Mexican Cartels so they can murder a bunch of people, while doing nothing to really stop people from doing drugs anyway, to turn around and say huh, this shit is maybe not working. Marijuana is the NUMBER ONE cash crop in Alabama for fuck's sake. Ain't hard to find it and shit-tons of people smoke it. And that's the Bible Belt, honey. Imagine what it must be like in normal places! You might as well get in on some of that tax money and fix some of your crappy roads and bridges and schools.

Even if pot isn't legalized federally anytime real soon, there's some other, smaller pushes toward not being completely fuckwit insane that have a lot of support right now too.

More modest goals include ending the federal prohibition on industrial hemp production (it’s legal to make things out of hemp, but illegal to grow it, so the fiber has to be imported), and changing the federal government’s classification of marijuana as more dangerous than cocaine or meth.

Yes, may we please grow hemp here? The US could make and save money growing it here and it won't get you high ya know, so, just, yeah. And also that "weed is worse than meth or coke thing"? Just, get the fuck out of here with that nonsense. Anyone who says that is lying, or has never met a real live meth head.