Congress Votes To Crap Its Pants, Surrender To ISIS 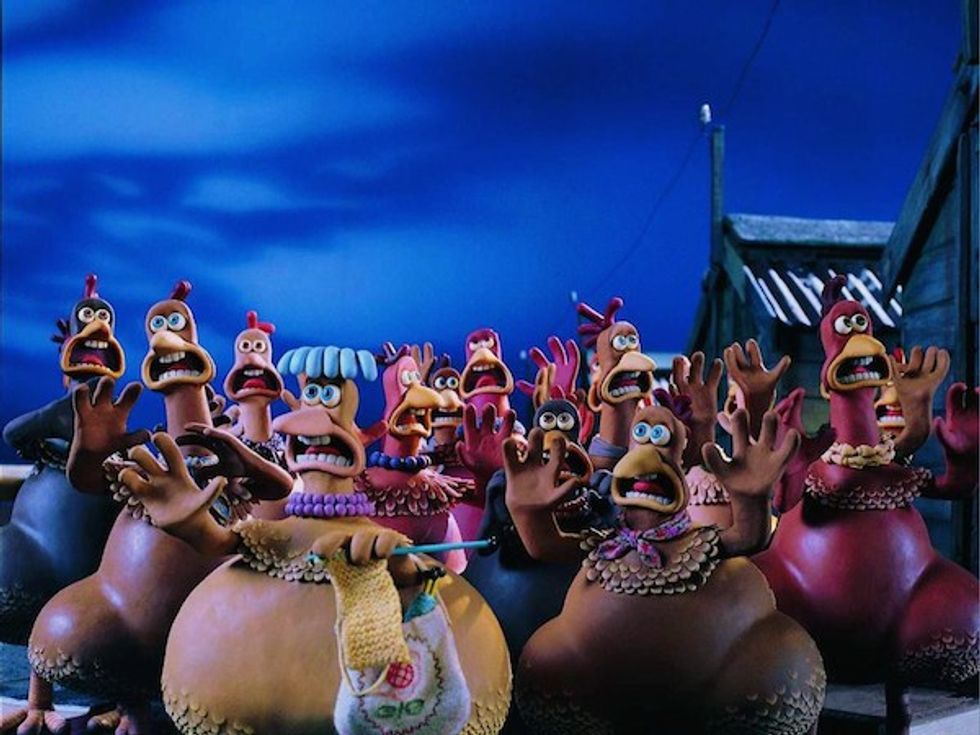 In an inspiring act of defeatocrat cowardice, the House of Representatives voted Thursday to pass its emergency OH GOD NOT ANOTHER ORWELLIAN-NAMED BILL, the SAFE Act, to let ISIS know good job, guys, you're winning, keep up the good work!

The legislation, passed by a vote of 289-137, was rushed through in response to last week's terrorist attacks in Paris. [...]

The bill requires the nation’s three top security officials — the Homeland Security secretary, FBI director and national intelligence director — to certify to Congress that each Syrian or Iraqi refugee is not a security threat before the refugee can be admitted into the U.S.

The bill was passed mostly by Big Strong Republican Daddies, with the help of 47 mom jeans-wearing Democrats. Hooray for bipartisanship! And while we needn't wonksplain to you, at this point, the strict two-year vetting process already in place for Syrian refugees who turn for help to a country that doesn't want 'em -- no sir, not even their children -- we'll let the White House, which has already threatened to veto the bill, remind you of this minor detail:

The White House said that 2,174 Syrian refugees have been admitted to the United States since Sept. 11, 2001, and "not a single one has been arrested or deported on terrorism-related grounds."

Democrat Jerrold Nadler had the audacity to remind his colleagues of America's shameful not-all-that-long-ago history of refusing safe haven to Jewish refugees trying to escape the Nazis. Like, say, that Frank family in Holland, whose cowardly daughter liveblogged her staycation in an attic, until they were all discovered and sent to camps to die because they didn't have enough guns.

"We face a choice that will echo through history," Nadler said. "We must not let ourselves be guided by irrational fear."

But what does he know? This is different because it's exactly the same, only SCARY MUSLIMS instead of SCARY JEWISHES. Good thing a majority of the House decided, along with a majority of governors, that irrational fear really is the best defense.

House Minority Leader Harry Reid has promised to stop this bill in the Senate, and Obama has promised to veto the hell out of it. But at least it sends a real strong message to the world about the ease with which American "leaders" (h/t Very Serious Fraidy Cat Ron Fournier) are willing to trade the nation's most basic values -- what was that about your poor and tired and huddled masses? NEVER MIND! -- for a false sense of security from the millions of people who are actually being murdered by the bad guys.