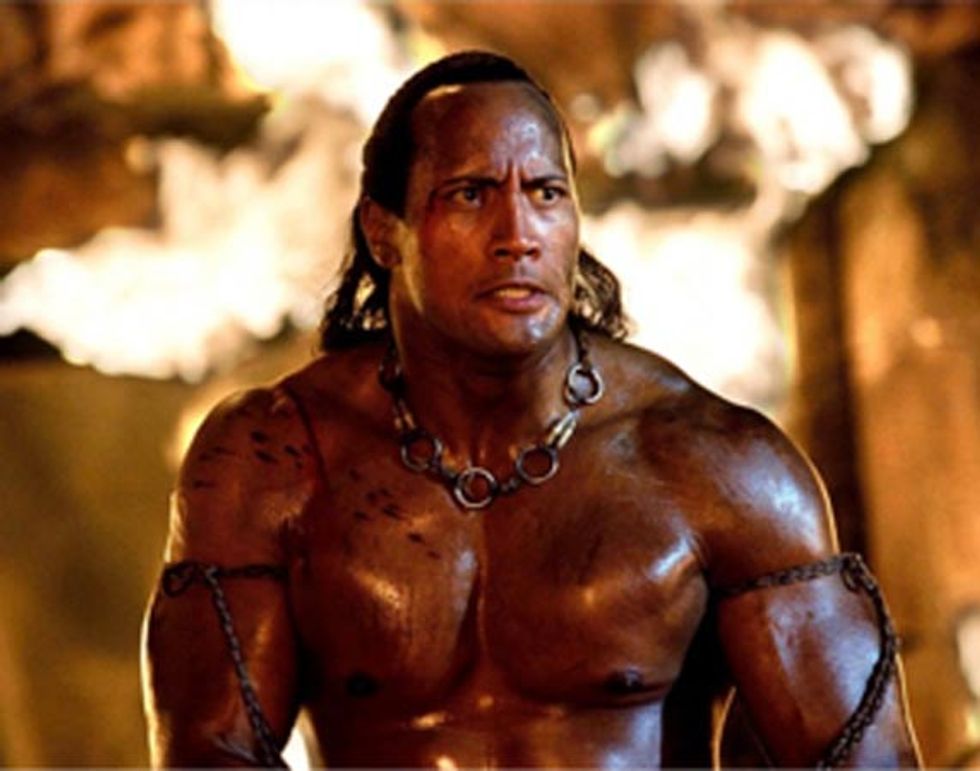 You know what is the fucking worst? Your angry uncle/aunt/cousin/dog/toaster/whatever who tries to derail holiday conversations by just dropping into the middle of them with some fact-free racist bullshit. If your toaster got elected to Congress, it would be Steve King. What is Uncle Steve blathering on about this time? The Messicans, of course, and how they're all drug mules hauling the marijuana because of course they are:

In an interview with the conservative website Newsmax, the anti-immigration crusader was asked about “amnesty” and the DREAM Act, which would give undocumented immigrants who were brought to the U.S. as children a path to permanent residency. The Iowa congressman had this to say about “DREAMers”:

"Some of them are valedictorians — and their parents brought them in. It wasn’t their fault. It’s true in some cases, but they aren’t all valedictorians. They weren’t all brought in by their parents. For every one who’s a valedictorian, there’s another 100 out there who weigh 130 pounds — and they’ve got calves the size of cantaloupes because they’ve been hauling 75 pounds of marijuana across the desert."

Much like arguing with your relatives, this statement is of course wildly incoherent AND just plain wrong. As anyone with a functioning brain stem knows, the DREAMing envisioned by Bamz has a fuckton of requirements, many of which yr Wonkette could likely not have met as a youth, including posing no criminal threat and being a successful student or serving in the military. OK let's see we met 1,2, carry the 4...zero of those requirements, actually.

Where were we? Oh right. These made-up fever-dream drug-hauling supermen don't get in via the DREAM ACT BECAUSE THEY DON'T MEET THE PROVISIONS YOU FOOL. Also, there's something truly deeply madly weird about the phrase "calves the size of cantaloupes" but we don't even know what to say about that.

After people told him this was racist and horrible and just plain wrong, did Steve King going to walk back these remarks? NO WAY JOSE:

“It’s not something that I’m making up. This is real," he added. "We have people that are mules, that are drug mules, that are hauling drugs across the border and you can tell by their physical characteristics what they’ve been doing for months, going through the desert with 75 pounds of drugs on their back and if those who advocate for the DREAM Act, if they choose to characterize this about valedictorians, I gave them a different image that we need to be thinking about because we just simply can’t be passing legislation looking only at one component of what would be millions of people.”

Gah, forget it. This guy is irredeemable. We're going to go watch teevee or play Russian roulette or wander into the snow half-drunk to die, just like we do on holidays with the relatives.