Congressfelon Michael Grimm Realizes God Wants Him To Resign After All 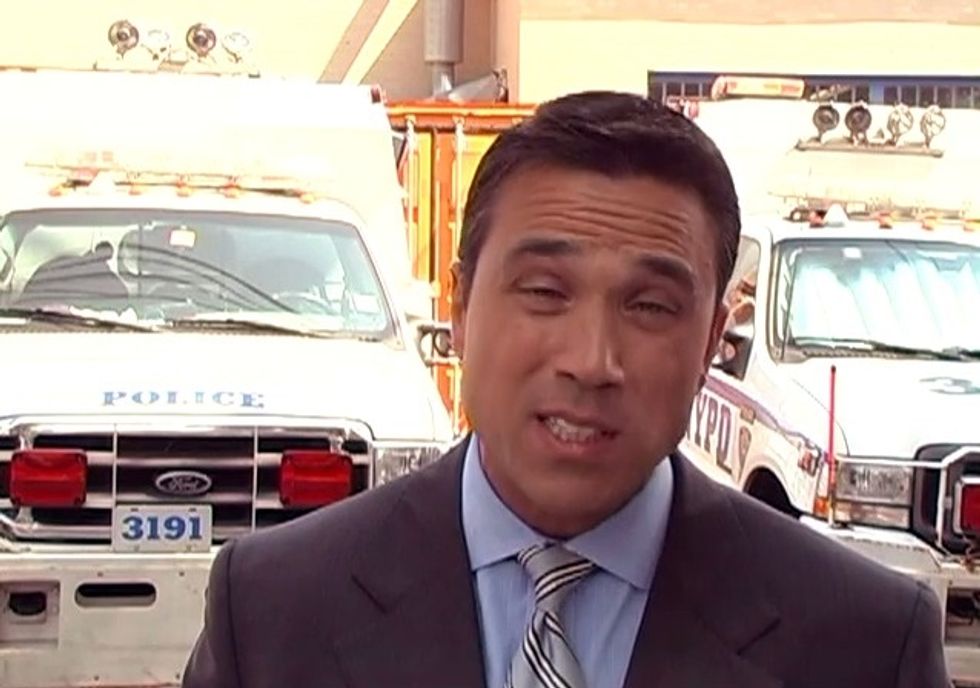 Rep. Michael Grimm, felonious tax-evader and media relations expert, announced his intention to resign from Congress, after insisting only a week ago that he would NOT resign, despite pleading guilty, according to a late-breaking report from the New York Daily News on Monday. Softening the blow for the few remaining Grimm groupies, he'll be staying in office until Jan. 5, allowing him to put "2015" as an end date on his resume and have a bitchin' New Year's party in his office since he probably won't be getting the deposit back anyway.

From the Daily News:

Rep. Michael Grimm has decided to resign from Congress in the wake of his guilty plea on a felony tax evasion charge, sources told the Daily News Monday night.

Grimm said after he entered his plea last week that he planned to continue serving in the House.

But he reversed course after speaking Monday to House Speaker John Boehner, who has taken a hard line on GOPers facing ethics charges.

Typical Boehner -- these days he can't even be counted on to support a loyal, upstanding Republican after a "witch hunt" results in a 20-count federal indictment! (Let's hope this doesn't signal that the Speaker is about to turn his back on a member of his own leadership team just for speaking to a convention of white supremacists.)

John Boehner has abandoned Grimm after the Staten Island gentleman was railroaded by a federal prosecutor who was trying to convince Barack Obama to promote her to attorney general. What better way to get the president's attention than scalping an innocent businessman-turned-politician who was just trying to make his way in the competitive Upper East Side health-snob restaurant game by paying his illegal workers in cash?

Grimm confirmed the sad news of his departure in a statement Monday night, mysteriously citing his respect for the capital-O "Office" -- respect that did not prevent him from campaigning under federal indictment for seven months.

After much thought and prayer, I have made the very difficult decision to step down from Congress effective January 5th, 2015. This decision is made with a heavy heart, as I have enjoyed a very special relationship and closeness with my constituents, whom I care about deeply. [...]

The events which led to this day did not break my spirit, nor the will of the voters. However, I do not believe that I can continue to be 100% effective in the next Congress, and therefore, out of respect for the Office and the people I so proudly represent, it is time for me to start the next chapter of my life.

So what's next for Michael Grimm? His sentencing isn't until June, so he'll have plenty of time to sway the judge to go along with his attorneys' suggestion of probation rather than 1-3 years in federal prison. Maybe he could do some pre-emptive community service in the form of scared-straight speeches to Young Republican clubs to keep future politicians on the right path.

Unless still-Congressman Grimm goes on an epic bender that ends with him driving his car into the reflecting pool in front of the Lincoln Memorial, we expect he will be slinking out of DC without much further comment. Good night, sweet prince.