Congresslout Dana Rohrabacher Missed Getting On 'Hoarders' By *This* Much 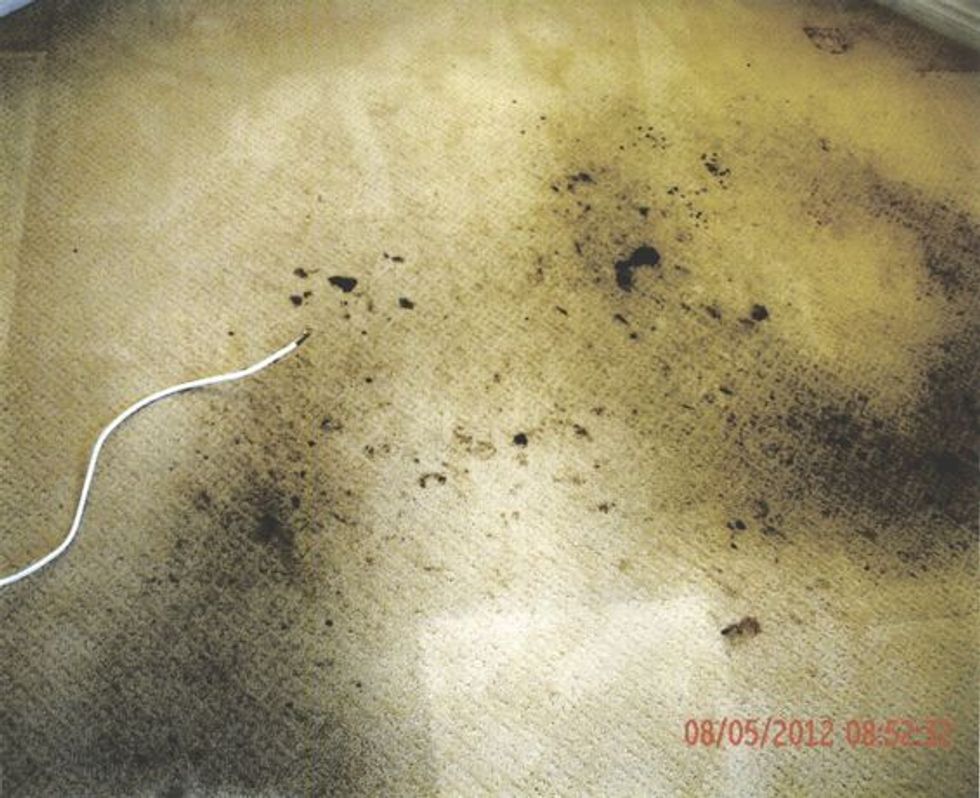 You'd like to think that if you were renting your million-dollar California house to a freakin'congressman they'd take decent care of the place, wouldn't you? You know, unless maybe it was Sen. John Blutarsky or the Hon. Oscar Madison. If there's any justice in how memes travel, let's hope that California Rep. Dana Rohrabacher (R-Taliban) will someday becomes equally synonymous with "slovenly sloppy piggy-man." Just look at how he trashed the four-bedroom, four-bathroom, house in Costa Mesa that he moved into on April 1, 2010. Between then and his departure in August 2012, he and his family managed to turn the place into a pigsty (possibly literally -- that may explain some of the stains).

There is almost certainly a reasonable explanation for this. Probably it involves strong drink and an even stronger sense of "Fuck you, I'm in Congress, I can do what I want." At this point, of course, we are merely speculating.

We bet you would like to know more about the condition of this charming 1948 house that, according to homeowner Robert Polyniak, was in spotless condition when the Rohrabachers moved in:

Every toilet seat in the house was broken. The ceilings showed smoke damage. Light switches had been cracked. Clumps of hair and remnants of what may have been balloons or some other rubbery material clogged sinks. Cracks scarred doors. Thick, solidified grease rendered the air-suction vent above the kitchen stove useless. Bathroom towel bars were missing, and vanities suffered water damage.

A second-floor suite used by Dana's wife, Rhonda, as her bedroom contained a huge, mysterious, lubricant-like stain -- something you might expect on the floor of a Hollywood sex club -- that had seeped through thick carpet and padding to tarnish a hardwood floor. The dishwasher wasn't functioning. A wooden chair in the back yard had been crushed, and phone lines were strangely severed. An overflowing tub cracked a ceiling with water damage.

And, no joke, white maggots squirmed underneath a kitchen stove that may not have ever been cleaned during Rohrabacher's $3,350-per-month occupancy[.]

Oh, but of course there's more. Polyniak spent over $25,800 to clean up the mess and repair the house; he deducted Rohrabacher's $6,700 security deposit and billed the congressslob for the rest. Rohrabacher ignored the bill, and also the six subsequent attempts to collect. And then in August of this year, Rohrabacher hired a lawyer to sue Polyniak, claiming that not only did he owe nothing, but that Polyniak needs to pay him $20,000 for failing to return his deposit promptly. Since then, Rohrabacher's attorney, Devon R. Lucas, has sent Polyniak at least 50 letters demanding payment. There are also alleged threats that Rohrabacher may pressure Orange County law enforcement to pursue a criminal probe against Polyniak.

For his part, Polyniak has filed a cross-complaint alleging that the Rohrabachers are in breach of their contract, citing not only the damage to the house but also the good congresspig's failure to provide a forwarding address after moving out. And Polyniak's girlfriend, Darlene Whitsell, sums up their adventures in renting to the Rich and Powerful:

"When Rohrabacher moved in, we thought, 'Wow, a congressman. This is great. What could go wrong?'" recalled Whitsell. "We're normal, everyday people, and this [situation] has become really scary."

Note to self: Screen out any Airbnb members who say they're in Congress. Not worth the risk.