Conservative Fake News Facebook Douche: If I Didn't Make Things Up, I Wouldn't Be As Rich! 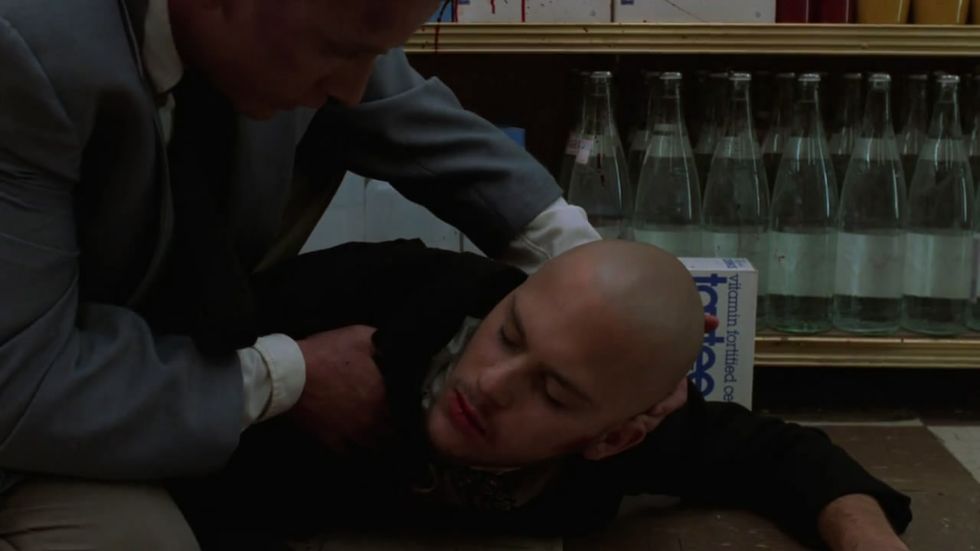 It has been very jolly watching flat-out made-up libels rampage all over Facebook -- like "Hillary Clinton runs child sex ring" (thanks Wikileaks!) and "Obama's mother-in-law getting $160,000 pension!!!1!" (NOPE). It has also been very happy watching your Wonkette's own traffic slide because we do not make things up :(

New York City Spending One Million A Day To Protect Donald Trump, But It's Cool Because He's Not Black

(Studies have been showing liberal sites maaay have "tilted" headlines -- NOT YOUR WONKETTE! -- but conservative sites are just going balls-out fiction. So do your part for reality and SHARE OUR STORIES ON FACEBOOK CHICAGO-STYLE, "EARLY AND OFTEN"!)

But now Buzzfeed has found one of those made up conservative "news" sites, and they interviewed dude behind it at length! Would you believe he blames society? And that if he didn't make up news, he would lose money? And is it really fair of Facebook to ban him just because of that? Let's listen in!

As of now [Cyrus] Massoumi [of the website "Mr. Conservative"] said he and others wake up every morning worried that Facebook will censor conservative pages by indiscriminately banning posts — or kill their pages altogether — without offering any explanation or opportunity to appeal.

“Everybody is going to get burned down as it stands now,” Massoumi said. “I could wake up tomorrow and not have a business.”

And what kind of business does Mr. Massoumi have now?

Massoumi acknowledged that during the election his and other big pages did publish some misleading and false information, though he said they removed the latter once they realized their mistake. He said they began to push the boundaries after new players, such as sites run from Macedonia or others such as Ending the Fed, entered the market, copied their approach, and then began reaping huge Facebook engagement by publishing false and misleading content.

“We strayed because of the competitive nature of the algorithm in the News Feed and we do need to be brought back,” he says. “But the problem is I operate in an environment where sites like Ending the Fed and these unknowns are going to beat us unless we go from tilted to misleading.”

DON'T YOU SEE? THE FAKE NEWS WOULD BEAT THEM IF THEY DIDN'T MAKE FAKE NEWS? HOW IS THAT CYRUS MASSOUMI'S FAULT???

Combine that with the fact that he expects his small team of writers to come up with 8 to 12 strong-performing stories a day. Massoumi said it was inevitable that misleading or false stories would begin to slip through when writers saw how competitors were getting big hits with those stories.

Oh, that's weird. You know who else posts 8 to 12 stories a day? It is Wonkette.com! And yet we have not "inevitably" had to file misleading or false stories, even if it hurts our bottom line not to do so!

Massoumi acknowledged the problem was worse on the conservative side during the election. But he also said Facebook does not treat liberal and conservative hyperpartisan pages equally.

You Thought Hillary Clinton Won The Popular Vote? Not According To Fake-News Website 'Google'!

Man, conservatives are SO GOOD at demanding special rights.

Anyhoo, Massoumi ends by saying the mainstream media is out to get him, because "competition," and also that he is making multiple millions of dollars, and wouldn't it be sad if that stopped?