Contest! Can You Parse This Ghost Of Breitbart 'Friends Of Hamas' Non-Retraction? 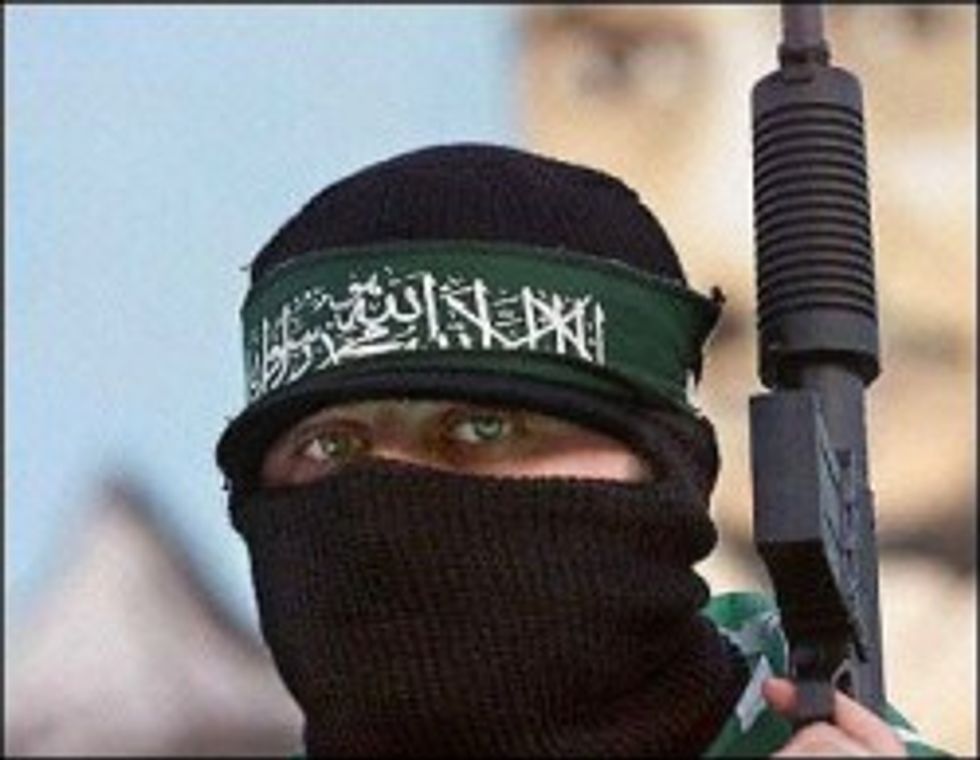 We all had agood laugh this morning at pathetic bumbler Ben Shapiro, of Ghost Andrew Breitbart's Internet Mausoleum, when it was revealed by some foxy Daily News reporter how Shapiro and The Ghost accidentally accused sad clown Chuck Hagel of being BFFs with a terror group that does not exist. And of course it was only a matter of time before Shapiro slunk off with a sad journamalism mea culpa, right? Who among us has not printed absolute balderdash made up by scoundrels? And we correct and move on!

Yeah, no. Below the jump, we will reproduce the entirety ofShapiro's explanation of why he was TOTALLY RIGHT about this terror group that does not exist, and how foxy NYDN reporter is committing crimes against journamalism. If you can understand what the FUCK he is saying, and are the first person to explain it to our satisfaction, we will give you a prize!

Here is Ben Shapiro's Internet Blathering. All bolds and such are his. GOOD LUCK!

Dan Friedman of the New York Daily News wrote a piece today suggesting that he was the inadvertent source of Breitbart News’ story on “Friends of Hamas” in early February. There’s only one problem. That’s false, and Friedman knew it was false when he printed the story. Welcome to the Obama media, where protecting Chuck Hagel and attacking any media who question Hagel is par for the course.

Senate sources told Breitbart News exclusively that they have been informed that one of the reasons that President Barack Obama’s nominee for Secretary of Defense, Chuck Hagel, has not turned over requested documents on his sources of foreign funding is that one of the names listed is a group purportedly called “Friends of Hamas.”

Since the original “Friends of Hamas” story was written, the media has downplayed or ignored the myriad of borderline anti-Semitic Hagel comments regarding Iran and the State of Israel, as well as the “Jewish lobby.” They have deliberately obstructed news coverage of Hagel’s well-documented supported base among friends of Hamas. Instead of asking Hagel to release the requested documents, the media has attacked Breitbart News.

Now Friedman is attempting to play his part to shift attention from Hagel’s record. Today, Friedman wrote a spectacularly bizarre piece positing that he was the source of the “Friends of Hamas” story given to Breitbart News’ Senate source:

The revelation could have doomed President Obama’s nomination of Chuck Hagel to be secretary of defense: He gave a paid speech to a group called “Friends of Hamas.”

Fortunately for Hagel, this claim, which galloped across the Internet, was bogus. I know, because I was the unwitting source.

Sadly, for Friedman, that isn’t true. In fact, Friedman knew it wasn’t true when he wrote the piece. Our Senate source denies that Friedman is the source of this information. “I have received this information from three separate sources, none of whom was Friedman,” the source said. And I informed Friedman of that fact via phone and email. He ignored all that information. Here is the email with Friedman that demonstrates just how he ignored pertinent information – namely, my source’s absolute denial that this story started with Friedman – in order to make himself the center of the story, and take heat off of Hagel. The plain text is Friedman. The bolded text is me.

Hey Dan, thanks for sending this. Corrections below:

I say you said you won’t have run the story without the White House hang up.

CORRECTION: This isn't accurate. We would have run the story regardless because I trust my source, but the White House hangup was obviously the centerpiece of the story (it was in the headline).

Shapiro did not say who he talked to. But he acknowledged he had one source, and didn’t deny the chance it was the name was derived from my query.

[CORRECTION: I don't know what this means. You didn't tell me who you sent your query to, and I do not divulge my sources. This is no longer accurate in any case, since my source tells me that you were not the source of the information.]

He said the story raises the question of a Hagel speech to a Friends of Hamas without resolving it.

“There is nothing in the story that says without a doubt that group exists,” he said, noting he used “very, very specific language” a direct assertion.

“The story as reported is correct,” he added. “Whether the information I was given by the source is correct I am not sure.” [CORRECTION: But obviously I trust my source or I would not have run it.] Shapiro said he does not claim to “an objective journalist he said. “ I am conservative,” he said. “ I am open about it. I oppose the Hagel nomination.”

In other words, Friedman knew his story was false when he printed it. He printed it anyway. The story Breitbart News ran originally was accurate and clearly caveated. Dan Friedman was not the source of the information given to Breitbart News. But the media is already jumping to help Friedman push his narrative. It’s all part of the mission to protect Barack Obama and Chuck Hagel. Because, after all, this is the most easily debunked story in the world: all Chuck Hagel has to do is release his records.

Ben Shapiro is Editor-At-Large of Breitbart News and author of the book “Bullies: How the Left’s Culture of Fear and Intimidation Silences America” (Threshold Editions, January 8, 2013).

Have at it, Wonkers! And good luck!