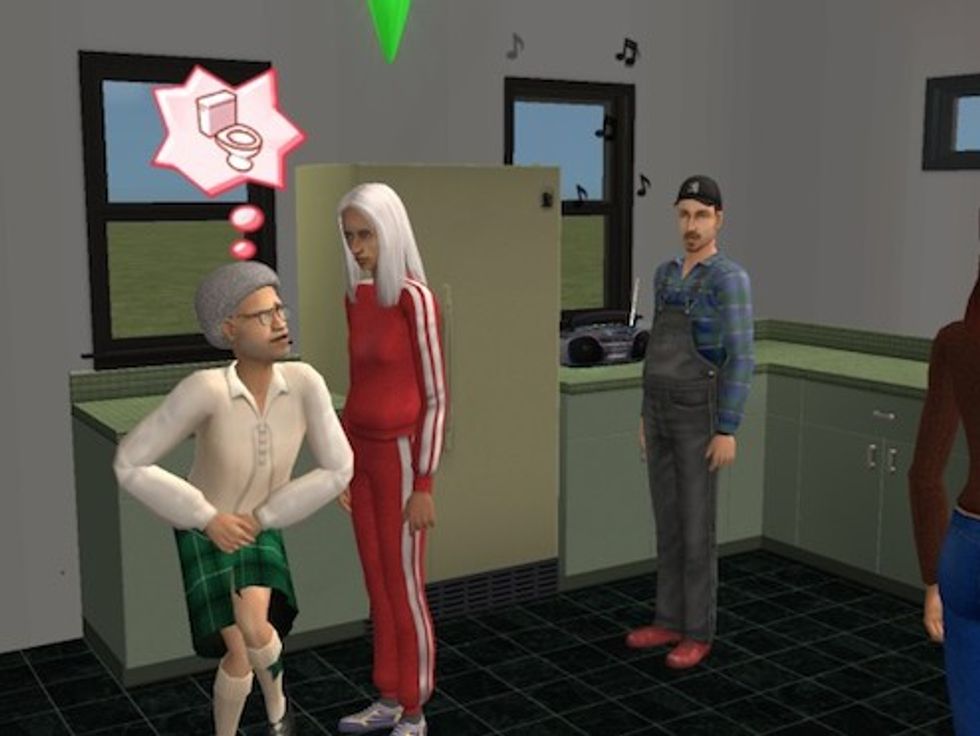 Are you one of those people that yammer on and on about how we don't need unions, because pull self up bootstraps communists something something? If so, you are probably reading the wrong internet publication, friend, unless you're hate-reading, in which case please feel free to email Dok Zoom some derp after you're done reading this. For the rest of you, come join us in being pissed as fuck about this bullshit company that limits workers to six minutes per day for bathroom breaks because apparently they really needed to go above and beyond, worker humiliation-wise. Damn straight their union complained.

Members of the Teamsters Local 743 who build sink stations at WaterSaver Faucet Co. and its sister company Guardian Equipment Inc. said that workers have been disciplined for exceeding their allotted bathroom time of 30 minutes per week, or 6 minutes per workday.

"They offered $1 per day for anyone who doesn’t go to the bathroom at all," said Nick Kreitman, senior business agent for Teamsters Local 743. So far, 19 people have been disciplined, with written or oral warnings, he said.

Whooooo! A whole extra one American dollar per day to NOT GO TO THE BATHROOM FOR EIGHT HOURS. Well, that's not quite true. You can go to the bathroom during your scheduled break, but too bad so sad if your body won't obey you and piss -- or hold your piss -- on demand. YOU get a UTI and YOU get a UTI and YOU get a UTI!! Oh but haha once you do get your special bonus urinary tract infection free of charge, you cannot take a sick day, duh, because you work at this shithole company that does not offer paid leave, of course.

You may be asking yourself how on earth they're keeping track of everybody's potty times. The most demeaning way possible, of course!

The company installed a bathroom tracking system, in which employees swipe their ID cards to get into the bathroom, earlier this year. [...]

But owner Kersten said there is no bathroom “allotment” beyond scheduled breaks and that workers were only disciplined when the tracking system showed they were taking excessive bathroom breaks. He cited one worker who was tracked using the bathroom six times in one shift, including two minutes before his scheduled morning break.

“Our point of view is that anyone can go to the washroom when they need to but what bothers us is extended periods of time and multiple trips that cause lost productivity,” he said.

Yes, because hanging out in the bathroom is the biggest party ever. Who doesn't love just ducking into the communal company bathroom midday? They're always so lushly appointed and inviting!

Feeling super jealous you don't work for a company that tracks when you pee? No worries. Soon the John Roberts version of the Supreme Court will dismantle all worker protections everywhere, and then all of us can have the sublime joy of being told when we can pee. Ain't freedom grand?