Cops Won't Be Charged For Grenading Baby's Face Off Because Stuff Happens, You Know? 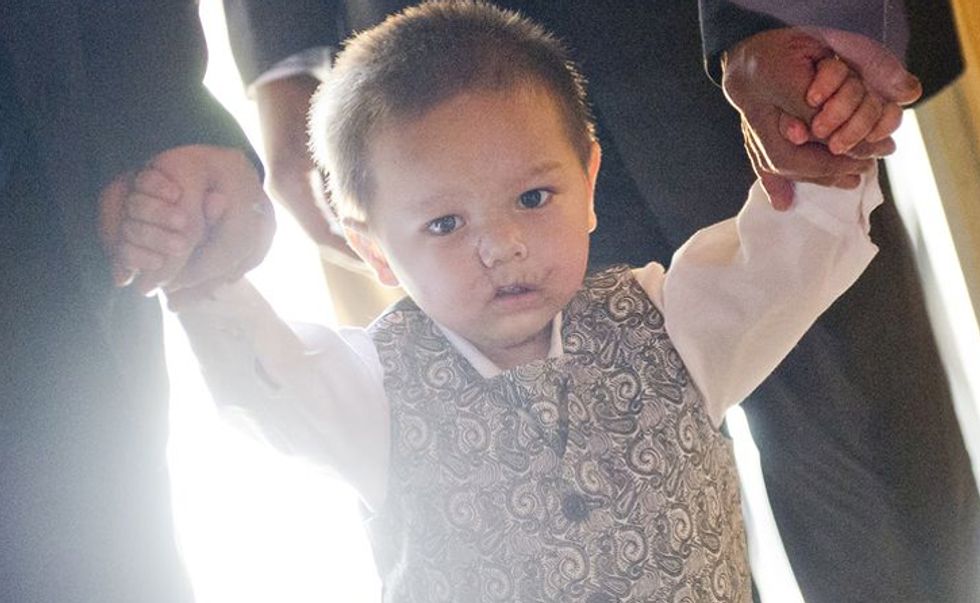 Back in May, we mentioned the Georgia case where cops serving a "no knock" warrant broke into a house and threw a stun grenade into the front room -- and into a playpen where a 19-month-old baby was sleeping. The grenade severely burned the baby, detaching his nose from his face and leaving his mouth disfigured. The incident report from the Habersham Sheriff’s Office said that the SWAT team had been told to expect a whole bunch of weapons and drugs and armed resistance; instead, they found no guns or drugs in the home, just a family that had recently moved from Wisconsin and was all living in one room of a relative's house. The suspect named in the warrant, Wanis Thonetheva, didn't even live at the house the cops burst into; he was a nephew of the residents and "was arrested later that day without incident and charged only with possession of methamphetamine."

In a complete vindication of the honesty and good intentions of the Habersham County authorities, a grand jury has declined to charge any of the officers involved in the raid, under the basic principle of law that they meant well, and if people don't want their children's faces burned half-off, they should not be poor or live in any area where police might make an honest mistake. Look, stuff happens, and the police need to protect themselves.

The dangerous toddler who interfered with the raid by getting in the way of an exploding stun grenade, Bounkham Phonesavanh, known as "Baby Bou Bou" (so young, and already has a gang nickname! It's sad, isn't it?), eventually got out of the hospital, with a severely disfigured face.

The Phonesavanhs' attorney, Mawuli Davis, said that the family was "devastated" at the news that no officers would be charged; in August, he said that an investigation had shown that the police raid relied on an inaccurate report from an informant that there were no children in the home. Bounkham's mother, Alecia Phonesavanh, wrote an account of the raid in Salon, noting that the house had children's toys in the yard, but you can't expect cops to notice something like that in the middle of a late-night drug raid. Besides, they could have been decoys.

Habersham County refused to cover any of the family's medical bills, because the county was following a lawful warrant and just keeping its SWAT deputies safe from a thuggish toddler and his frantic, unarmed, screaming, non-drug-hiding parents:

Habersham County’s attorney provided the following statement, saying: "The question before the board was whether it is legally permitted to pay these expenses. After consideration of this question following advice of counsel, the board of commissioners has concluded that it would be in violation of the law for it to do so."

For heaven's sake, they wouldn't want to compound severely injuring a toddler by illegally paying for his multiple plastic surgeries. This is a nation of laws, after all.

Donations for little Bou Bou can be made online; the family has moved back to Wisconsin, apparently not appreciating Southern hospitality. It is not known if anyone has set up a matching fund to buy the Habersham County SWAT team some "I Am Darren Wilson" t-shirts.