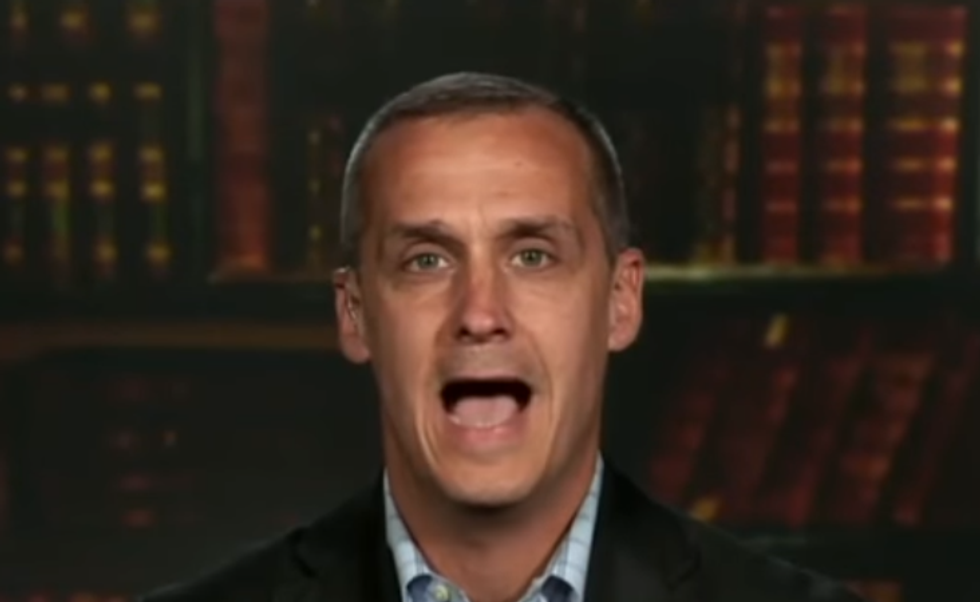 Corey Lewandowski does not recall.

Don't you hate it when it is Father's Day and you just know you're about to be fired from the Trump campaign, but then suddenly you get an email from a Trump staffer that says, "CAN I GO TO RUSSIA AND MAYBE DO A LITTLE LIGHT ESPIONAGE?" That is the pits, because you are having anxiety about being fired, and also because it is Father's Day, which is very distracting. Why, the Blowjob Clown your wife hired as your special Father's Day treat just showed up and everything, and his name is Buckets! So you quickly fire off an email like "yeah sure, go do the espionage," and immediately forget about it until 18 months later when Dumbest Russian Recruit Ever Carter Page sits before the House Intelligence Committee and says, "Oh yes! I asked for permission to do the Russian espionage! Also I am trying very hard to be a Russian spy but the Russians won't let me do stuff because they say I am too stupid."

Lewandowski 'splained this on Fox News, because where else would he 'splain it?

“You have to remember, in the context of the campaign world––now, my memory has been refreshed, but to be clear, from what I understand and what I recall, that email was sent on June 19th of 2016, so about 18 months ago,” Lewandowski said. “It also happened to be Father’s Day on a Sunday, and it also happened to be the day prior to me being terminated from the campaign, so with all due respect, there were many other things on my mind that day other than trying to understand why a volunteer was telling me he may or may not be traveling outside the country.”

"GOOD JOB, BUCKETS! I AM GETTING FIRED TOMORROW, WHICH IS IN THE FUTURE! BUT I AM DEFINITELY WORRIED ABOUT IT RIGHT NOW! Oh, what is this email from Carter Page, who wants to go to Russia? Who is Carter Page? What is Russia?" These are the thoughts that were probably going through Lewandowski's mind that day.

For the record, this is what Lewandowski wrote to Carter Page that day, when he was very distracted by his Father's Day festivities, which at that point had moved to his neighborhood Chuck E. Cheese, most likely:

“So Corey said, if you have interest… if you’d like to go on your own, not affiliated with the campaign, you know, that’s fine,” Page said, adding that he’s in possession of emails corroborating his account.

COREY LEWANDOWSKI CAN'T HEAR YOU, CARTER PAGE, HE IS LISTENING TO THE BAND:

Had Corey Lewandowski previously said he definitely never NOT EVER gave Carter Page or anybody else permission to go to Russia? Yes. But to be fair, in the very same interview where he issued that blanket denial, he ALSO said he didn't remember if he had ever emailed Carter Page. Corey Lewandowski is not lying, YOU are lying.

It is weird how all these Trump people have amnesia about anything that remotely involves Russia, until somebody conveniently "reminds" them.

We hope they are able to spend many years jogging their memories, IN JAIL.