Could Hillary Clinton Win Georgia? Sure, Why Not, LOL 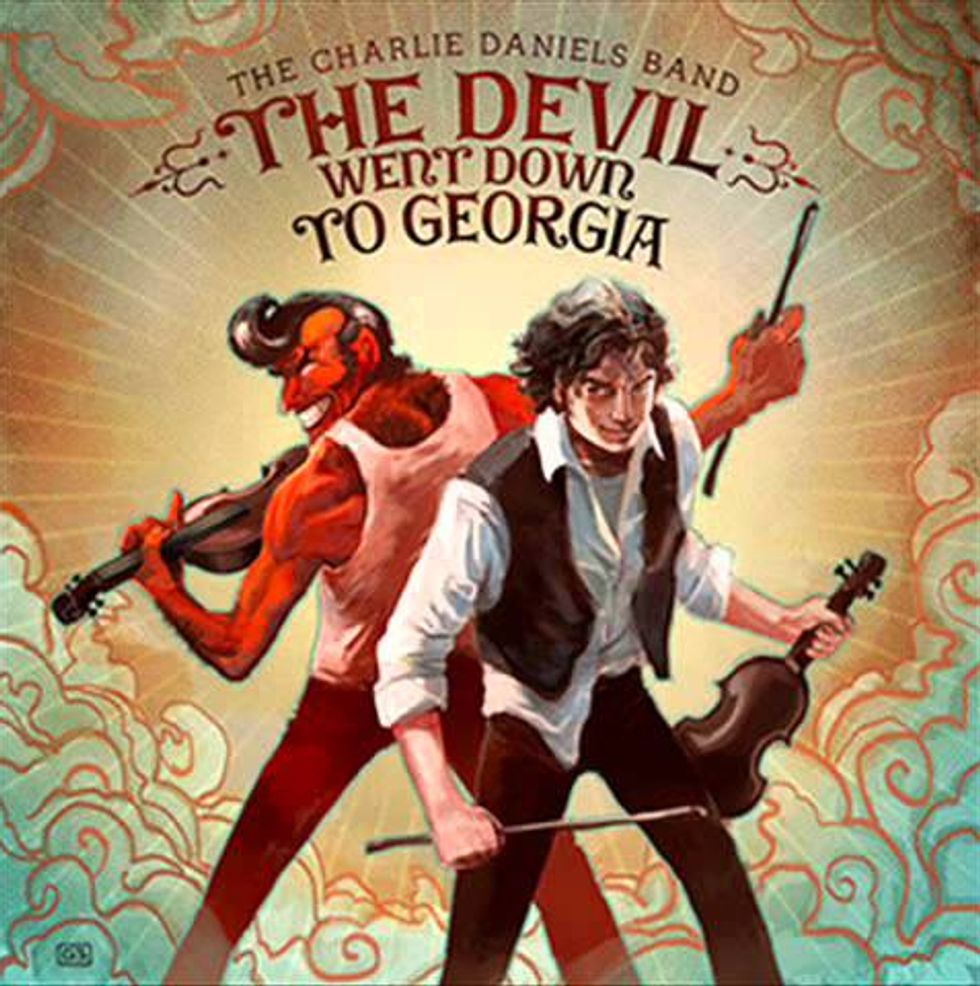 If she wins she'll get this shiny fiddle made of votes.

Donald Trump ended June with a sad whine of disappointment, wondering how it can possibly be that he's not far ahead in the polls even though everyone loves him and comes to his rallies tell him they love him. On a radio show Thursday, he admitted it was simply more than he could understand:

We have thousands of people standing outside trying to get in, and they’re great people and they have such spirit for the country and love for the country, and I’m saying, you know, "Why am I not doing better in the polls?"

The poor idiot is genuinely mystified about this, because he is a sad ambulatory wad of narcissism and confirmation bias. All of which leads us to Part Whatever of our continuing series, "Hey, would you believe Hillary Clinton might win [name of surprising state here]?" This time, it's Georgia, in case you didn't read the headline which is right up there.

This is not to say that Clinton is leading Trump in Georgia. The most recent Georgia poll, released June 1 by PPP, still had Trump ahead of Clinton by nine points. But other polls have been closer, like a mid-May Atlanta Journal-Constitution poll that had Trump ahead, but with a margin of error putting the two in a statistical tossup. After a full month of Donald Trump fucking things up nationally, the confident conventional wisdom of PPP's lede seems a bit misplaced now:

PPP's new Georgia poll finds that the prospect of Democrats flipping the state blue in the Presidential race may have diminished with the unification of Republican voters around Donald Trump in the last month.

Maybe they're still unifying around Trump in Georgia, or maybe not so much: By the end of June, NPR's "battleground map" had shifted Georgia from a dark red "Likely Republican" to a pinkish "Leaning Republican." And as election season drags on, we expect heavy drinking will result in lots more pinkish leaning Republicans, even red-faced staggering ones. Says the NPR politics team:

Georgia: (16 Electoral Votes) from Likely R to Lean R: Georgia's demographic trends are unmistakable. The white versus non-white vote has drastically declined over the last couple of decades. Trump is still the favorite, but, like Obama in 2008, who finished just 5 points behind, the RCP average right now is just 4.

[wonkbar]<a href="http://wonkette.com/603575/donald-trump-thinks-his-supporters-are-cowards-pollsters"></a>[/wonkbar]A couple of smaller May polls -- with smaller samples and larger margins of error, so Please Be Careful About Drawing Conclusions -- showed the race even closer, with a mid-may Fox 5 Atlanta poll giving Trump a 3 point lead (Trump 44 percent, Clinton 41 percent) and a WSB-TV poll showing an even narrower Trump lead of a single percentage point (Trump 42.3, Clinton 41.4), but with over a third of independents saying they were still undecided, so maybe they were some of those embarrassed Trump supporters who refuse to publicly say they're for him.

So realistically, what are Hillz's chances in Georgia? Beats us, we've never lived there, though we like R.E.M. and the B-52s a lot. But the political blogosphere has been buzzing a bit about Clinton's campaign hoping to put the state in play, and FiveThirtyEight's electoral magic 8-Ball currently projects a "60% chance" of Trump winning. Even the experts are a bit skeptical of Georgia going for a Democrat for the first time since that other Clinton won the state in 1992, as FiveThirtyEight's Julia Azari and Micah Cohen discussed in a mid-June political wankerchat (twee lowercase names from original):

julia: States that became solidly red during the Bush years have changed due to minority and professional (not mutually exclusive groups, of course) voters. Indiana, Arizona and Georgia are possible candidates for this, too.

micah: But I feel like I hear about Arizona and Georgia possibly flipping every election cycle.

julia: Yeah, I’m not sure that there’s necessarily solid evidence that they will.

The AJC polling has what might be good/bad news for both candidates: a lot of Georgians seem to be struggling with deciding who they dislike less. Both Trump and Clinton have high unfavorable ratings, and even their supporters have mixed motives:

Another indelible message of how polarizing the race was can be found in the response from Georgians asked why they back Clinton’s campaign. About half say they see their vote for Clinton chiefly as a vote against Trump. The billionaire’s backers are almost as divided, with a slim majority saying they’re voting for him mainly out of opposition to Clinton.

So really, Hillary Clinton's mission is clear: Continue to be less repulsive than the other guy. We'll go out on a limb and imagine that's a far more difficult task for the guy who thinks terrorist attacks are about him.