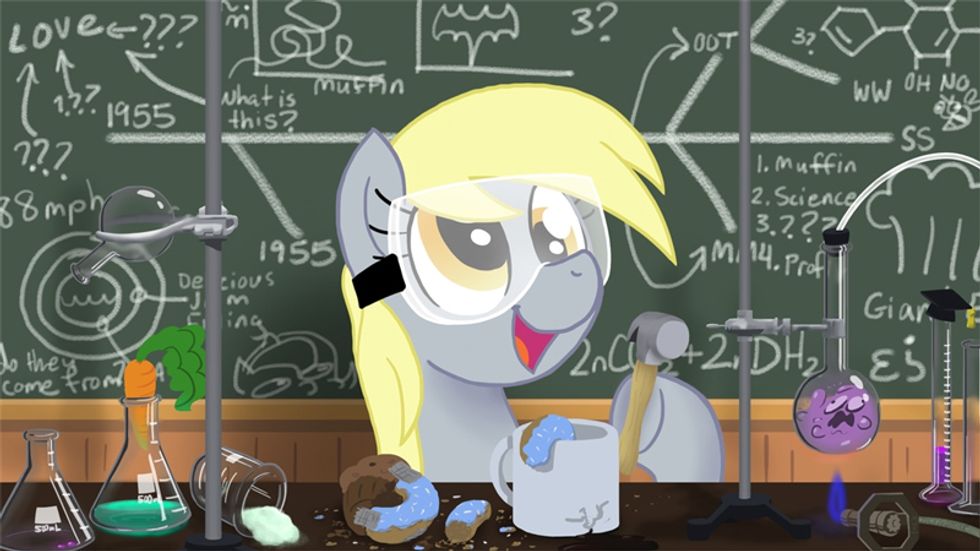 In a bravura performance of the "I Know You Are but What Am I" suite today, Louisiana Gov. Bobby"Volcano Monitoring Is Dumb" Jindal attacked the Obama administration for being a big bunch of "science deniers" who don't have the good sense to drill for oil everywhere and get all the oil and coal and burn it up quick quick for prosperity, and so we're all going to die in the cold and the wolves will get us. We're summarizing a little, there.

At a breakfast panel of potential 2016 Republican candidates sponsored by the Christian Science Monitor, the exorcism enthusiast and creationism enabler explained:

Jindal then went on to outline his own very special energy plan, which bears the Luntzian title “Organizing Around Abundance: Making America an Energy Superpower.” The completely unique plan, which is unlike any other and is Bobby Jindal's alone, calls for building the Keystone XL pipeline, pursuing “responsible development of domestic energy resources,” and only working to address climate change if all other countries agree.

And if scientists and job creators disagree, why not split the difference and let scientists employed by the job creators make the final decision? That's the kind of reasonable approach we can all get behind, where "we" is a subset of the petrochemical industry.

Some smartass troublemaker reporters kept trying to get Jindal to explain whether he accepts the scientific consensus on climate change, and so of course he went with the great "who knows?" stupid answer and said he believes that the climate is "always changing":

“It’s not controversial to say human activity is contributing” to changes in climate, he said, but he said he would “leave it to scientists to decide how much, what that means…”

When a reporter interjected to ask whether it was established in the scientific community that humans are contributing to climate change, Jindal replied that [his] plan is “not trying to litigate that.” He further said that to the extent that the issue is addressed, he wants it handled with international partners, a point he reiterated later Tuesday in an address at the Heritage Foundation.

Sounds like a bold new plan to do nothing but drill, baby, drill. Jindal also expanded on his theme of "science denial" among people who don't want to convert all the earth's biomass into CO2 and soot, explaining that nasty ol' science-hating leftists want to scare people into poverty through the "Trojan Horse" of climate science:

Jindal also refused to answer questions about his personal beliefs on the reality of evolution, but said that local schools should get to set their own curriculum when it comes to science, since matters like the age of the earth and the process of natural selection are largely a matter of individual belief. Besides, why ask him? He's no scientist, although he thinks science is cool and all:

The reality is I'm not an evolutionary biologist ... What I believe as a father and a husband is that local schools should make decisions on how they teach ... I want my kids to be exposed to the best science, the best critical thinking.

A reporter interrupted to ask for clarification: did Jindal think that the theory of evolution reflects the best scientific thinking about life on Earth, or what? Obviously, Jindal must have some regard for natural selection, since he once again framed his answer in terms of his biological and reproductive status:

"I will tell you, as a father, I want my kids to be taught about evolution in their schools, but secondly, I think local school districts should make the decision," he said.

Pressed a third time on what he personally thinks, Jindal again sidestepped.

Haha, dodged another of those "gotcha!" questions about science. And other theories, too. Bobby Jindal is a uniter, not a divider -- he knows that all Americans deserve the chance to get ahead, whether they're from Exxon/Mobil, BP, or even Royal Dutch Shell.

As he left the event, Mr. Jindal spat on the law of gravity, levitated from the venue, and was whisked away in a chariot made of clouds, proving that science is largely a matter of individual belief.