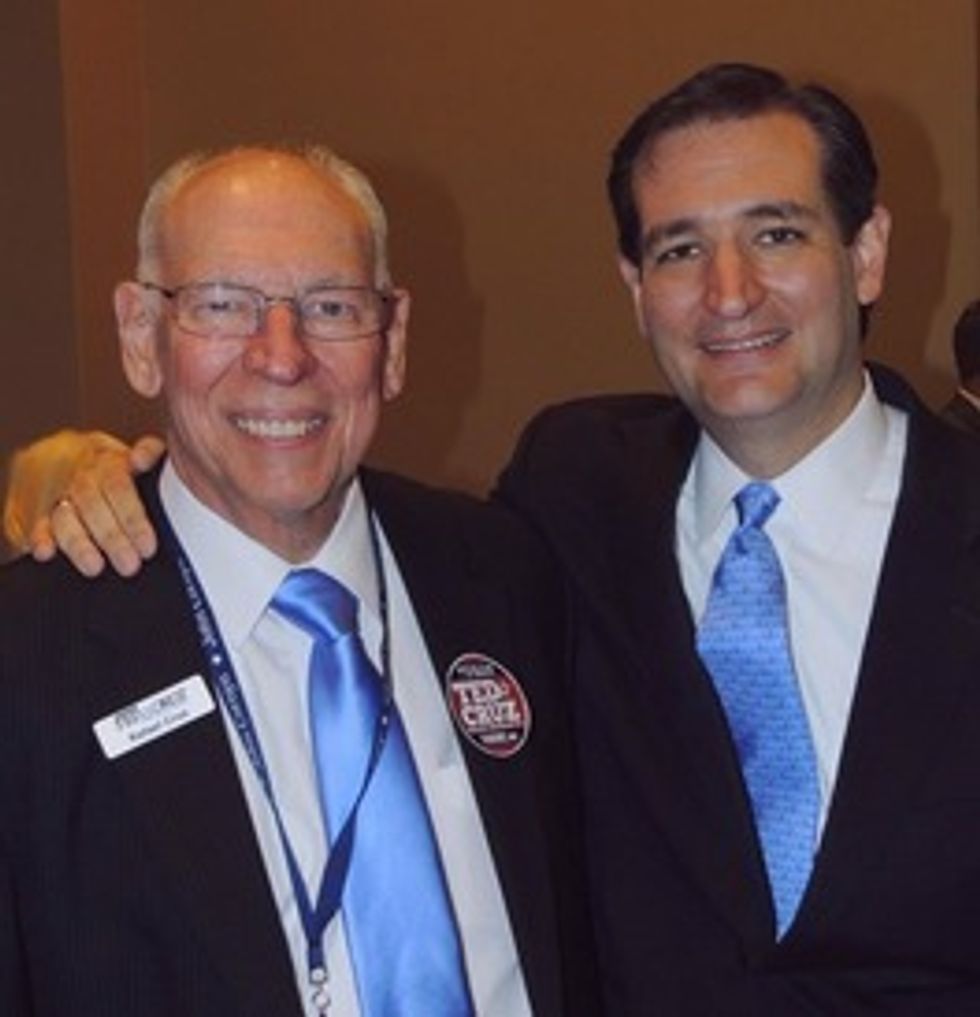 Augh, parents! They can be so embarrassing. We assume Sen. Ted Cruz, the pride of Texas, was slumped in the car texting while his pastor dad Rafael was speaking to the Western Williamson County Republican Club recently about how to embiggen their tent with more (ahem) darkly pigmented members of the community. All you have to do, Pastor Raf explained, is make them see that minimum wage kills their jobs and that Republicans are the real civil rights champions (as long as you stopped checking 50 years ago). Take it from Rafael Cruz: The reluctance of the "average black" to support today's GOP can be overcome with knowledge.

Yr Wonket would not normally seek to hold politicians accountable for things their family members do, especially when what they do is go off on a racist tangent in the meeting room at the Cedar Park Community Center in the course of riding the Texas republiclub speaker circuit. And anyway, Ted clearly doesn't see eye to eye with his father on everything. His dad thinks black people can be convinced to vote Republican, and Ted finds the whole idea suspicious.

Pastor Raf, though, has been an integral member of Team Ted for years, helpfully tagging along with his son on just-dropping-in trips to Iowa and spreading the word about Obama's cruel Suicide for the Elderly program. Now he's bringing his unique brand of Cuban-emigre wisdom to the subject of How to Communicate With the Blacks: First, make sure they know about the valiant war waged by Republicans against the horrible racism of Democrats.

At least one black person already meets Rafael Cruz's standards for education: Jason Riley, a member of the Wall Street Journal editorial board whose book Please Stop Helping Us has become a favorite of conservatives. Pastor Raf said he was planning to "buy 15 to 20 copies of that book and hand it out to some black leaders to read." In particular, Raf approves of Riley's innovative take on the evils of the minimum wage.

You might be saying, "That is demonstrably untrue and also sounds like the way people talked back when Republicans were still passing Civil Rights Acts." What you, humble reader, do not understand is that it doesn't matter if the country as a whole agrees with your (and your family's) interpretations of economics and history when your target audience is "likely Republican primary voters." Not only does Papa Cruz not hurt Ted's chances for the GOP nomination, but together, they could form the ultimate multigenerational dream ticket. All they have to do is promise to make Rand Paul the Chairman of the Federal Reserve and they'll have it all sewn up. Cruz/Cruz 2016!