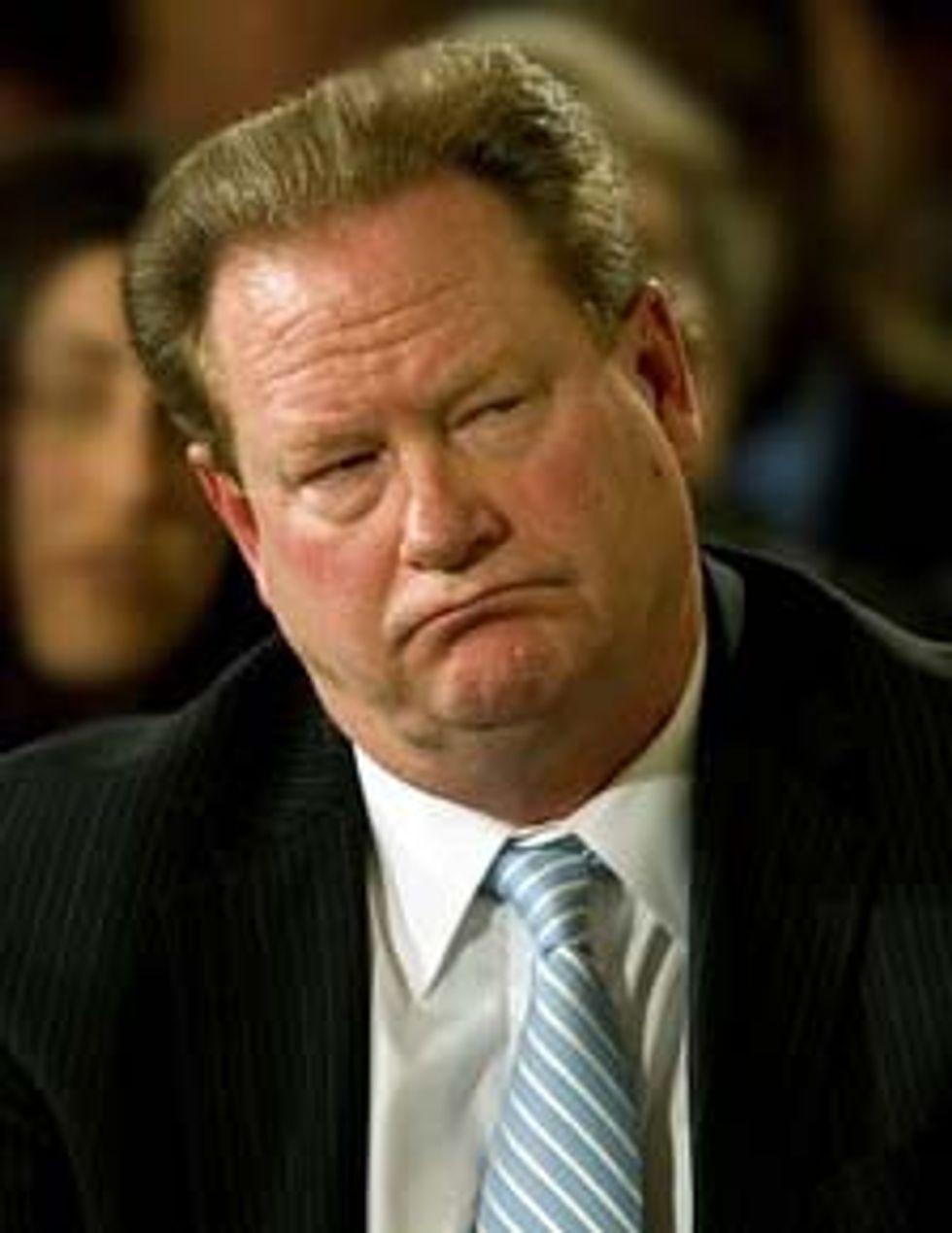 MSNBC's very own narcissist-blowhard teevee personality Ed Schultz laughs and laughs at last weekend's Glenn Beck Death March on Washington. Does he laugh because the rally was several hours of monotonous, meaningless drivel attended by the most wretched and diabetic demographic of America? Does he laugh because Glenn Beck organized an army of worshipers to rub one off all over them, or because Sarah Palin was wearing enormous hooker-wedges on her feet as she stood next to the podium and watched respectfully as Glenn blew himself (which your Wonkette saw with its own eyes and was horrifying)? Nope! Guess again! (Hint: It's worse.)

Ed Schultz laughs because he knows in his hollow heart that he could also maybe convince thousands of idiots to rally in Washington too -- even more idiots than Glenn Beck was able to convince because c'mon people, we're talking about Ed Schultz here. For fuck's sake, Ed.

“I could get every union head in this country, I could organize every progressive group in this country, the main bloggers,” Schultz said on his radio show Tuesday. “This could be The Ed March.”

.... “Folks, 300,000 people on the heels of six months' promotion, that ain't no big shakes,” Schultz said, alluding to Beck’s frequent plugs for the event on his own television and radio shows as well as his website.

Okay Ed, you can mobilize 300,000 morons to descend on Washington if you really wanted to. We believe you. (Ed Schultz could maybe get sixty people to show up on the National Mall, and most would be hobos who live in the adjoining bushes.)

But maybe, Ed, you should save yourself the effort and just whine and cry and call everyone "[Bleep]ers!" from the comfort of your MSNBC teevee compound? That would save everyone the trip, and it would also save your Wonkette from having to cover The Ed March. Good lord. [Politico]