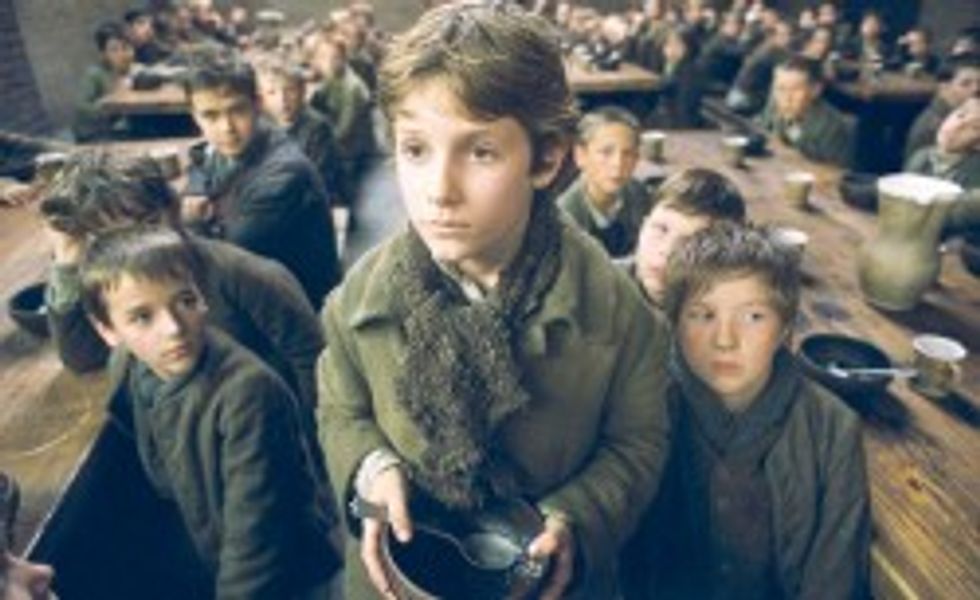 Hooray, we have a winner: this week's "Most Giantest Bag of Rat Feces Award" goes to Ward 5 D.C. Councilmember Harry Thomas Jr., who is being investigated by the D.C. attorney general for opening an inner city youth sports charity and then promptlyusing some of the money to treat himself to several thousand dollars' worth of golf club outings, sports equipment, Bed Bath & Beyond shopping trips (?) and... uh, dinner at Hooters, just to make it worse.

"Stealing money from children" has always been one of our favorite offenses, because it is just all so Dickensian, which is a word nobody even knows anymore because Twitter banned the use of correctly-spelled words longer than seven letters, but it means you steal grimy coins and mildewed loaves of bread from the hands of orphans to flush down the toilet while the kiddies are forced to watch but not allowed to cry. Seriously, who is this guy?

They’re all charges made during a one-week span in October 2009 on the debit card belonging to Team Thomas, the nonprofit then run by Ward 5 Councilmember Harry Thomas Jr. that was supposed to help introduce the District’s youth to golf, baseball, softball, and tennis.

And they’re also expenses that you, if you’re a District taxpayer, might have helped pay for, says Attorney General Irv Nathan.

It’s not just a tasteless restaurant tab, household items, and pest control services from Bowie that seemingly have nothing to do with youth sports and may have been purchased on the public’s dime. Bank records obtained by LL through a Freedom of Information Act request show dozens of unusual expenses on Team Thomas’ debit card from 2007 to 2009, including about $7,500 at golf courses around the country, more than $10,000 worth of golf equipment, and around $5,000 on hotels.

Yep, that all sounds about right.  [Washington City Paper]