'Dad' Gay Marries 'Son' In Pennsylvania, But Not In A Gross Kid-Touching Way 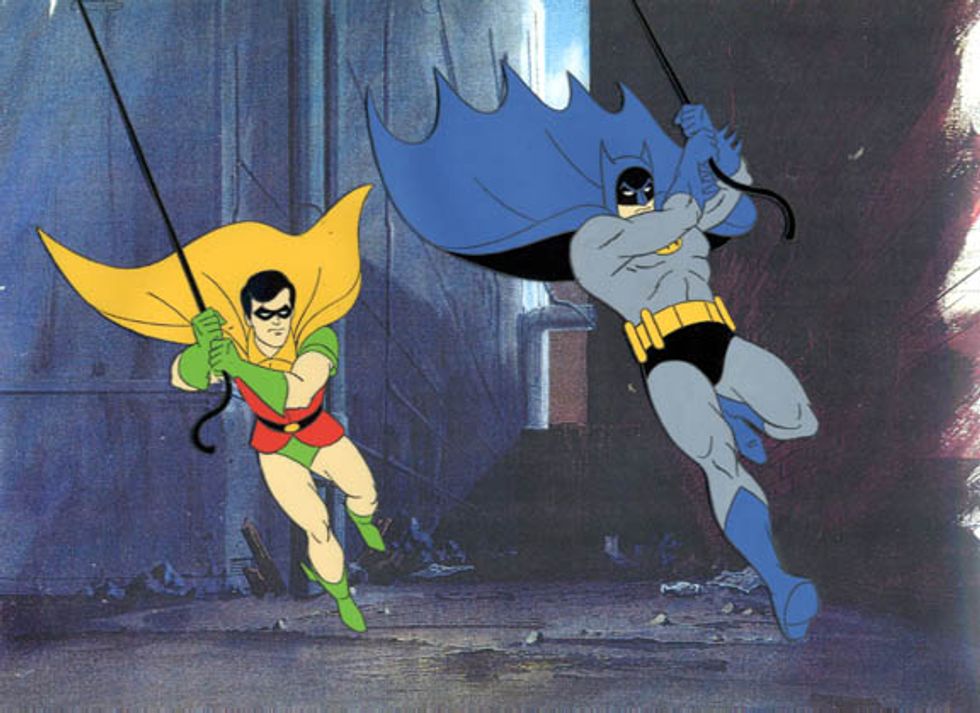 Oh no, the slippery slope the religious right has been warning us about for decades is real! Boys marrying boys, cowboys marrying horses, cowgirls marrying toasters, and now, in Pennsylvania, a father has gone and married his own son. BUT WAIT, stop running away! This is actually a Nice Time, and heartwarming, and is NOT AT ALL about kid-touching.

This is about a couple of Gay Olds, who have been in love with each other since they were in their 20s. Norman MacArthur and Bill Novak, who have been together 52 YEARS, got a domestic partnership in New York City way back in 1994, but when they moved to Pennsylvania in 2000, they discovered their relationship wasn't legally protected in any way. They couldn't get married, of course, so they did the next best thing: Bill adopted Norman.

MacArthur says he thought the suggestion was strange at first. “It struck me as fairly unusual, but we looked into it and discovered that other couples had done it. [Without the adoption] we would be legally strangers.” An adoption would grant the couple certain legal rights they felt compelled to secure. “Most importantly, it would allow us visitation rights in a hospital, and gaining of knowledge if one of us was in the hospital,” he says. “With new HIPAA privacy laws, hospitals are very constrained in what they can say to other people. If we were legally related, I would be allowed into the ER and entitled to know what Bill’s condition was if anything should happen.”

It would have been the other way around, except MacArthur explains that "Bill is two years older than I am, so that was the only reason.” Yeah, that woulda been weird, having to call a man two years your junior "Daddy." It's much more normal when he's two years older.

Hayley Gorenberg from Lambda Legal, one of those homosexual lawyerin' outfits, explains it was never that common for same-sex partners to adopt each other, but it did happen from time to time:

But before they got married, the younger Elder Gay had to be emancipated from his cradle-robbing partner, so they could get married as proper husbands. Luckily, the judge totally understood what was going on and said, "Yes, I will vacate your adoption and release you both into the wild, so that you may gay marry each other until your hearts' content," and they are currently living happily ever after, THE END.