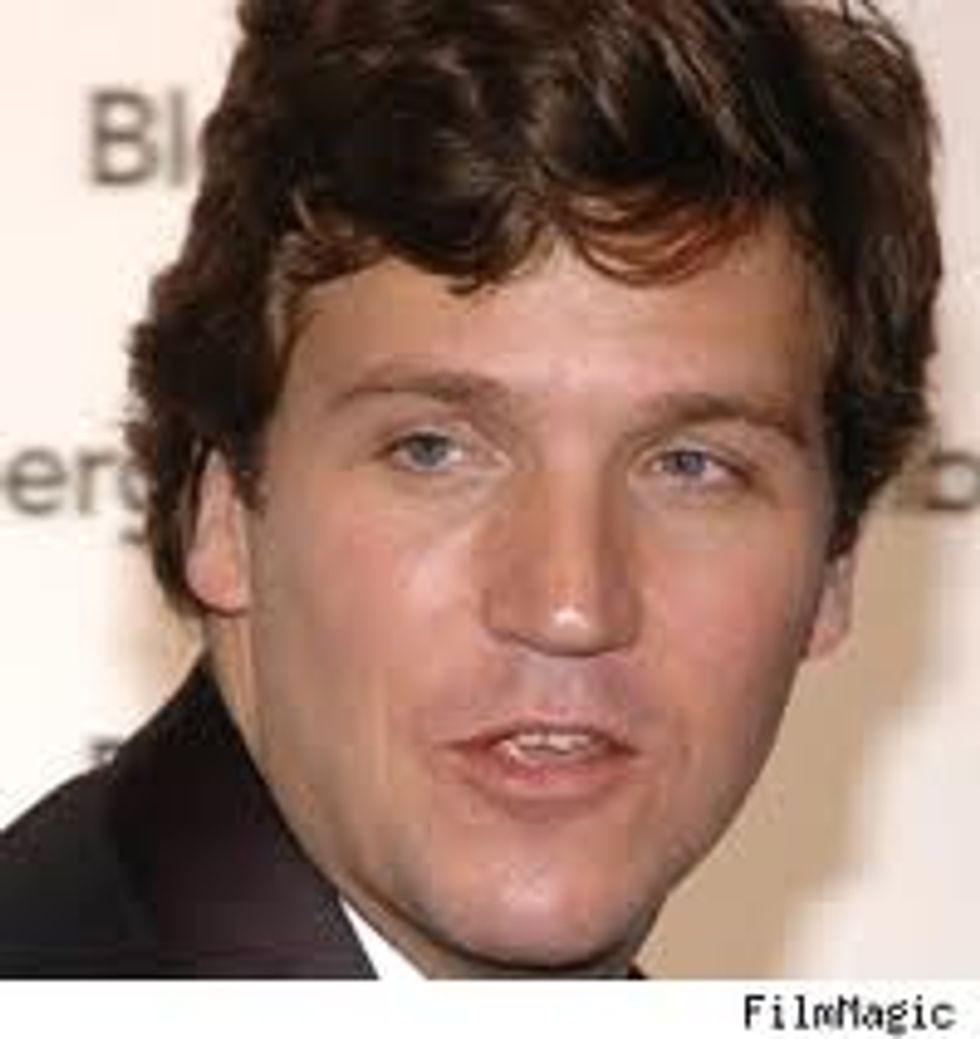 WHAT THE FUCK, Daily Caller? Why are you going aroundexplaining that you were named after the time Dick Cheney "shot that guy in the face"?

[Tucker] Carlson insisted it was vital this new media outlet be given a name that resembled a traditional news outlet. [...]

But as Patel recounted, “it’s virtually impossible to find a domain name that includes words like the Times or the Tribune these days — unless you want to pay a lot of money for them.” So Patel started racking his brain for other name ideas.

And then he remembered the time Dick Cheney shot that guy in the face.

Oh how such fine fellows as Tucker Carlson must have been rolling in hilarity.

What else could the Daily Caller have daily called itself, if it hadn't chosen to name itself after the paper reporting on how Dick Cheney "shot that guy in the face"?