Daily Caller: Obama Commented on Trayvon Because Black Panthers Told Him To 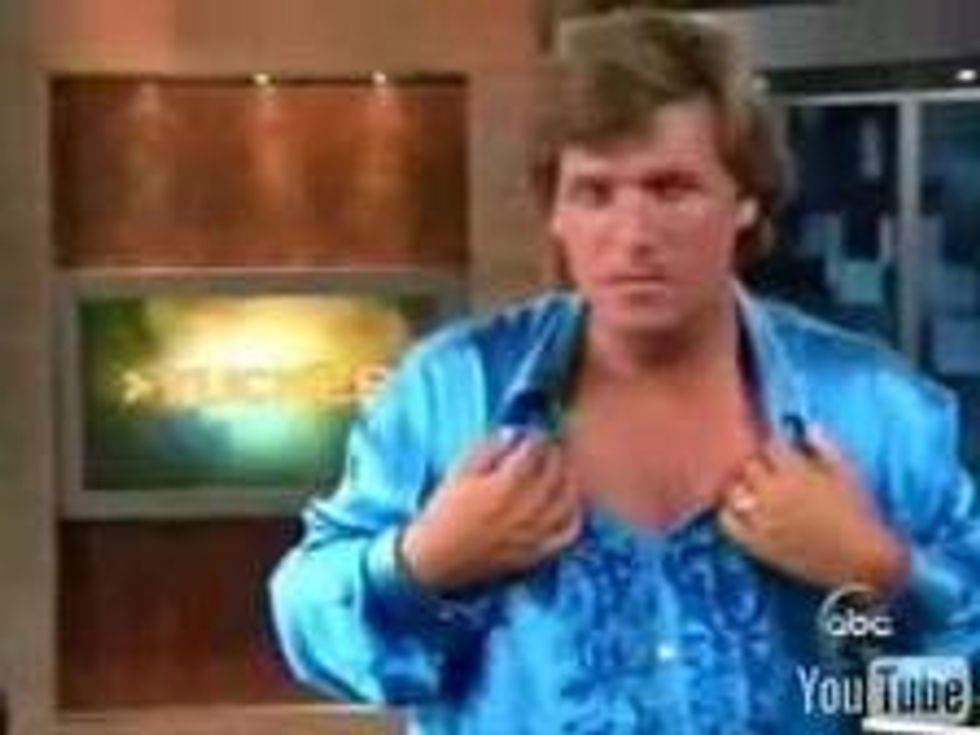 Whew! Tucker Carlson's Daily Callgirl couldn't quite figure out how to blame Barack Obama for Trayvon Martin's death, but thankfully star "reporter" Matthew Boyle came up with thenext best thing: President Barack Obama only commented on the death of a young man shot by a guy muttering "fucking coons" because the Black Panthers told him to.

Matthew Boyle, our hats are off to you! Seriously, those are some big black balls you got hanging under that belly.

Obama and the White House have previously refrained from commenting on the case thus far. Following demands by the New Black Panthers and others on scene in Sanford, Fla. that the White House get involved, Obama jumped into the fight. When first asked about the case, White House press secretary Jay Carney essentially declined comment, offering a boilerplate statement of condolence to Martin’s family.

On Thursday, the New Black Panthers and other left-wing political figures including the Rev. Al Shartpon rallied in Sanford, Fla., demanding justice for Martin – and that police arrest the man who shot him, George Zimmerman. The Panthers, Sharpton and other left-wing political figures on scene invoked the racial components of the fight, with some alleging this was a “hate crime” and others claiming this was “racism perpetrated by violence.” They riled up the thousands in attendance, but urged them to avoid resorting to violence of their own.

Great job, Boyle! What will you spend your bonus on when the race war comes?