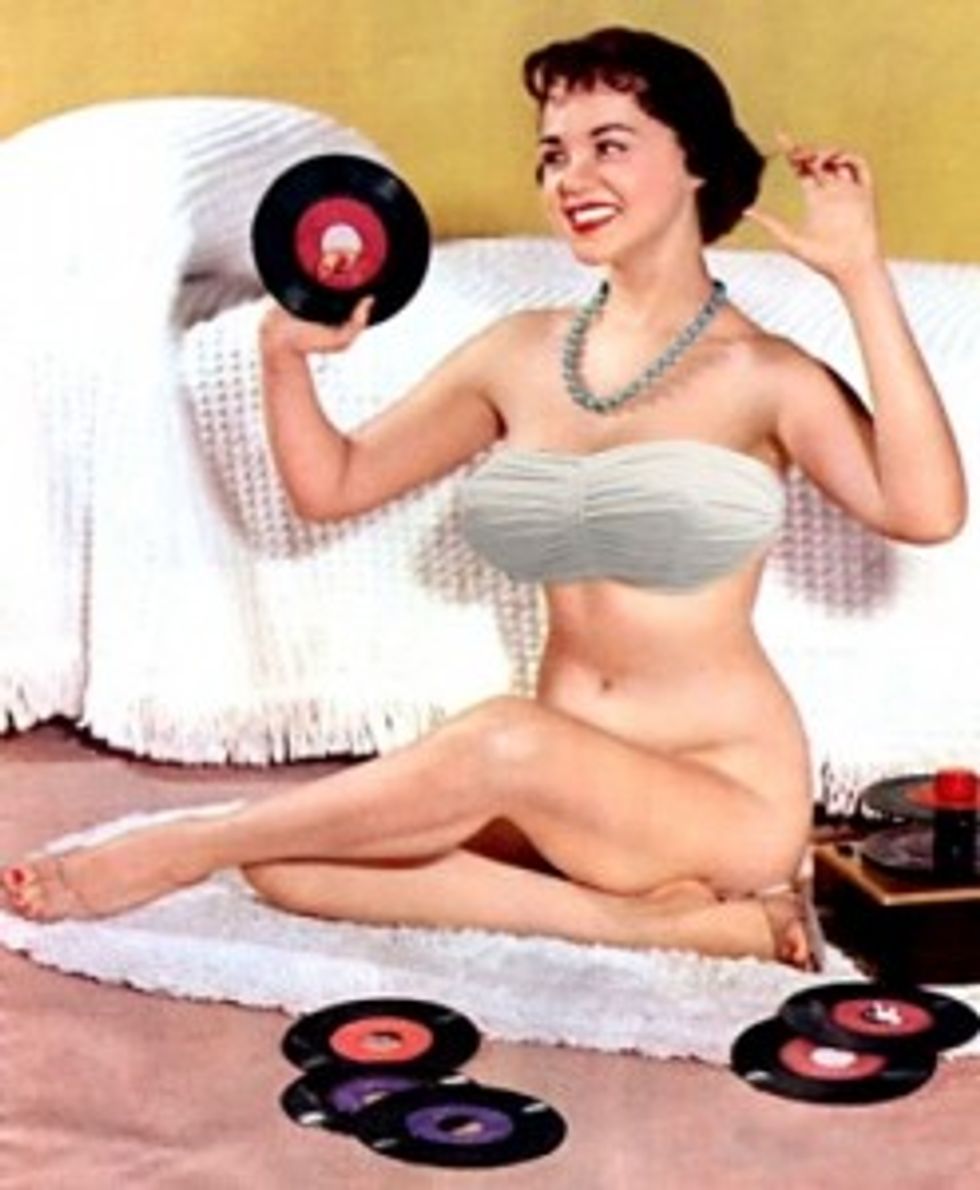 You've heard of Taylor Swift, right? She's that young, pop-country musician who's made, like, 70 gagillion dollars singing simple songs about love and loss and the teardrops on her guitar. She's not breaking any new ground musically, sure, but turns out singing about the trials of love in a way that appeals to teenage girls isinsanely lucrative. She just wants a nice boy, gosh.

But Tucker Carlson's Daily Caller cannot help but ask the important political questions: Why she such a ho?

"Wow, Taylor Swift Really Gets Around," proclaims the headline, before it explains to us that this 22-year-old woman has dated at least SEVEN. PEOPLE.

For a woman-child who paints a picture of innocence in all her A-line dresses, high necklines, blonde bangs and saccharine-sweet lyrics, Swift really gets around.

Hear that, women who do not wear high necklines? Yours is not the picture of innocence. Yours -- especially since you also do not have blonde bangs -- is the picture of guilt. Sex guilt.

Ms. Swift, you see, is the subject of new rumors:

Swift, 22, reportedly fell very swiftly (get it?) into the arms of One Direction’s Harry Styles, 18

First of all: Did you, indeed, get it? It is a play on her name, which is also an adjective. Past the jovial wordplay, however, we are forced to confront a strange and ominous truth: The woman who has made a career off of "saccharine-sweet lyrics" about relationships with men, occasionally, maybe, has relationships with men.

And they are gross, whorish relationships too. Just LOOK what she was doing a few years ago:

Then there was the Jake Gyllenhaal photo-ops of 2010, when Swift and the older actor were seen holding hands a lot and drinking coffee.

Oh, heavens. Holding hands?! Clearly this woman is teaching our daughters to be prostitutes. (Do we have daughters? Yes, rhetorical ones, with purities unimpugned by penises.) Taylor Swift is not only swift, she is FAST! (Get it?)

And she is being Taylor SWIFT-BOATED! (Get it?)

Swift’s latest hit, “We Are Never Ever Getting Back Together” is allegedly about Gyllenhaal, because apparently he did not want to simply “hit it and quit it” (as the kids say) and kept trying to get back together with her even though he didn’t like her lousy music. (Again, can you really blame the guy?)

It is not really clear what the author is talking about here, but it seems she has never actually heard the phrase "hit it and quit it" in real life, and that she has somehow come to the conclusion that it means staying broken up with someone. Because she is just talking from her bum (as the kids say).

The conclusions are clear, Teen Hookers Who Still Don't Get It, so pay attention: Taylor Swift ACTS like a good girl, but she has a boyfriend sometimes, so, clearly, she is not.

And once you're done marveling at a young, single woman's sluttitude, you can click over to another of the author's recent moral parables: Prohibition was bad, here are pictures of naked women. And don't forget, ladies: Real modesty is looking like Taylor Swift, but never talking to boys, who will devalue your sweet, lily-white soul. And make you want to play the ukulele.