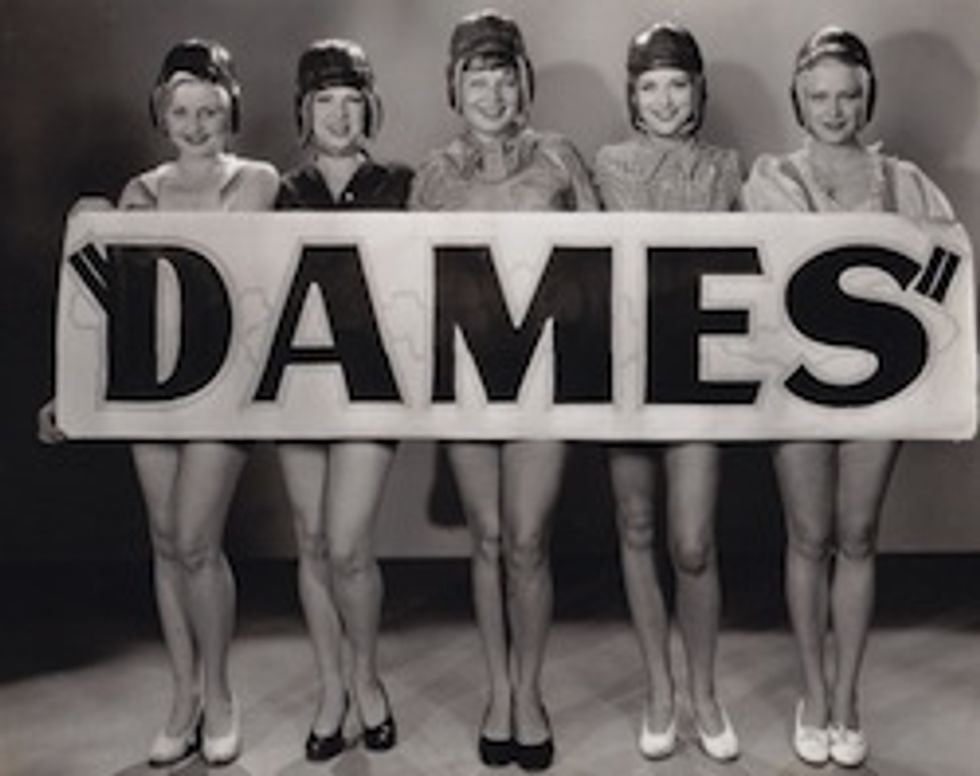 Good morning! We would tell you that it is time to direct some media criticism at the Daily Caller, but that would be like telling you we were going to perform a linear regression analysis on a pile of horse diarrhea, so instead we will just say they are still quite stupid and get on with the blog post.

The chortling, cross-eyed frat brothers of TheDC posted a quick ditty yesterday afternoon. It shows a military training exercise, apparently in China, in which a soldier incorrectly throws a grenade and is then dragged behind a pile of sandbags immediately before the thing explodes at her feet. It was a close call, but quick thinking and ample preparation likely ended up saving more than one life. The logical Daily Caller headline: "Chinese girl soldier throws grenade like a girl, almost gets blown away [VIDEO]."

HA! Get it! Girls. How terrible they are.

This was just an ordinary case of Blogger Not Thinking Very Hard until we got to the phrase "some of our fellow bros have pointed out that this is a perfectly hysterical argument against women in the military," and we thought it best to take a moment to point out this is not:

A) Perfectly hysterical. As, like, people almost blew up and died, in real life. When the author, Christopher Bedford, was shamelessly trolling for Boston Marathon bombing web hits with mindless one-sentence chunks of blog-vomitus, explosions were "terrifying." When it's an excuse to make fun of women, hey, they're just little explosions.

B) An argument against women in the military. For any number of reasons requiring logic and intellectual honesty, which one should perhaps not expect from the editor who can't even bring himself to correct a wholly incorrect "news" story about how the Boston suspects stole a car with a "Coexist" bumper sticker, when that is both ridiculously stupid and completely fucking false.

It shouldn't even be required to point out that a lady on the other side of the world throwing a grenade like a dolt should probably not disqualify an entire gender from military service, especially since 280,000 of them have deployed to Iraq and Afghanistan since 2001 without anyone saying, "Hey, maybe we don't need medics and helicopter pilots anymore."

Bedford, though, is capable of reducing pretty much anything into its stupidest terms: For example, he tried in March to refute the "war on women" narrative by saying, of women attending CPAC, "the first thing we noticed was the girls: Hundreds and hundreds of beautiful girls," and then writing about what it was like to watch them get hit on at the bars. Stunning gender commentary, this joint. Just check out a their other post about women, from Tuesday: "Woman shakes ta-tas at Red Wings game."

Also, in case you were worried that maybe this was the first of what could be a deluge of estrogen-fueled grenade accidents, this is likely not the case, as it turns out throwing explosives is kind of hard. Even if you're a MAN! A big strong one! Here's a video of the same accident happening to a male. And another. And another. And another. And... another. It's almost like... women are not the only people who make mistakes? Can this be? It seems almost as improbable as what appears to be a Chinese pastime of rolling military bloopers on the evening news.

Anyway, it looks like maybe the Daily Caller has at least gotten over its "support the troops" fetish. When MSNBC's Chris Hayes pondered the nature of war propaganda, they covered it like he had taken a dump on Audie Murphy's grave; this, presumably, was because those hopeless women were not involved, attracting bears with their menstruations. Everyone knows, after all, that we are supposed to be patriotic except when we are not publicly insulting gays and women and anyone who has the audacity to enlist in the military while not concurrently being Pat Tillman. It's just the decent thing to do.