Daily Caller To Ashley Judd: We Saw Your Boobs 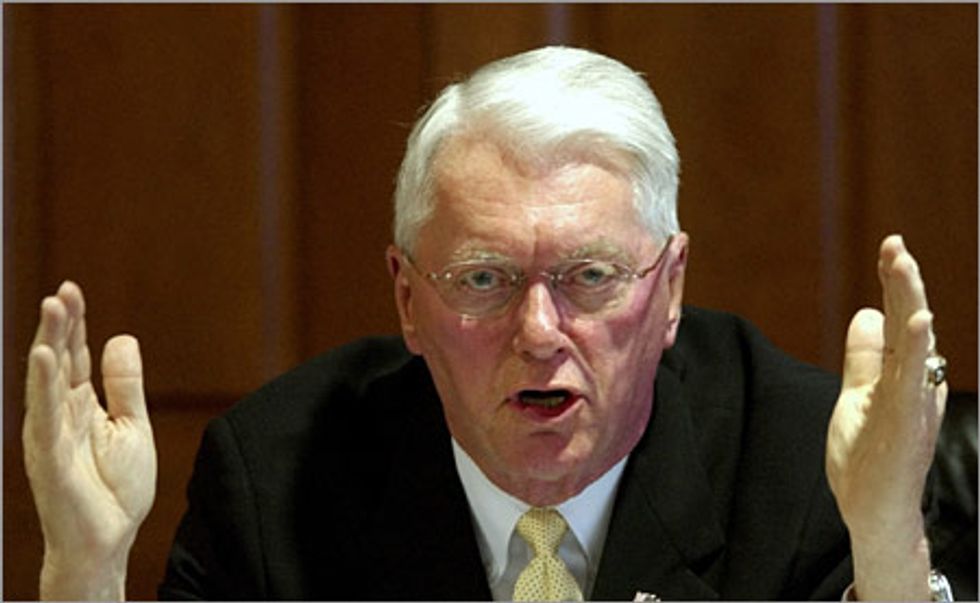 Daily Caller Entertainment Editor Taylor Bigler, fresh from her previous Pulitizer-nominated work discussing Obama's dick-like signature, attempted to do her part for the Sheldon Adelson Pennysaver's campaign attacking potential Senate candidate Ashley Judd. As Bigler is a serious journalist assigned to covering the world of celebrities and Royalty weight gain, she decided to abandon even the pretense of subtlety or good taste in focusing her article on Judd's career of nude scenes. Why? BECAUSE BARE TITTIES ARE RELEVANT TO EVERYTHING THATS WHY.

We are used to knowing just about everything there is to know about serious political candidates. But will Judd be the first potential senator who has — literally — nothing left to show us?

The actress has bared her breasts in several films and has had some raunchy sex scenes in others.

Now before you get all huffy and complain that Bigler is just reinforcing Judd's earlier WORST-EVER statements concerning the dominance of the patriarchy in our culture, remember that the actress in question is considering a post in the Senate, which by definition requires her to exist as both a role model and arbiter of public moral authority. Risking having some slatternly hussy up in the upper chamber flashing her tatas in order to get legislation passed is probably an unacceptable reality for most gentle folks living in the heart of America's moonshine belt. Furthermore, the Daily Caller is not engaging in any sort of double standard because of Judd's gender as they would most certainly slut-shame the shit out of that silver fox Jim Bunning if he were to decide to run again.

Again, this is not a blatant attempt by the Daily Caller to attract traffic by having a post containing the words "breasts," "raunchy," "topless," and "bottomless" alongside "Ashley Judd." Nor is this piece Bigler's creative ruse to having Tucker Carlson subsidize her Mr. Skin membership as a work expense. No this is an incredibly relevant work of political journalism as the voters of Kentucky deserve to know that Judd once snogged Selma Hayek in a movie that their local Blockbuster refused to stock ten years ago.

So congratulations Daily Caller! You have managed to decrease the the period between hearing that a woman might be seeking a position of authority and the deployment of a transparently sexist desperation campaign to a matter of six weeks (A NEW RECORD)! Your correspondents must be so proud to be working for the only lad mag in the world that is not owned by Rupert Murdoch. Can't wait for your hard-hitting and relevant interviews with Judd's high school boyfriends if she decides to run.