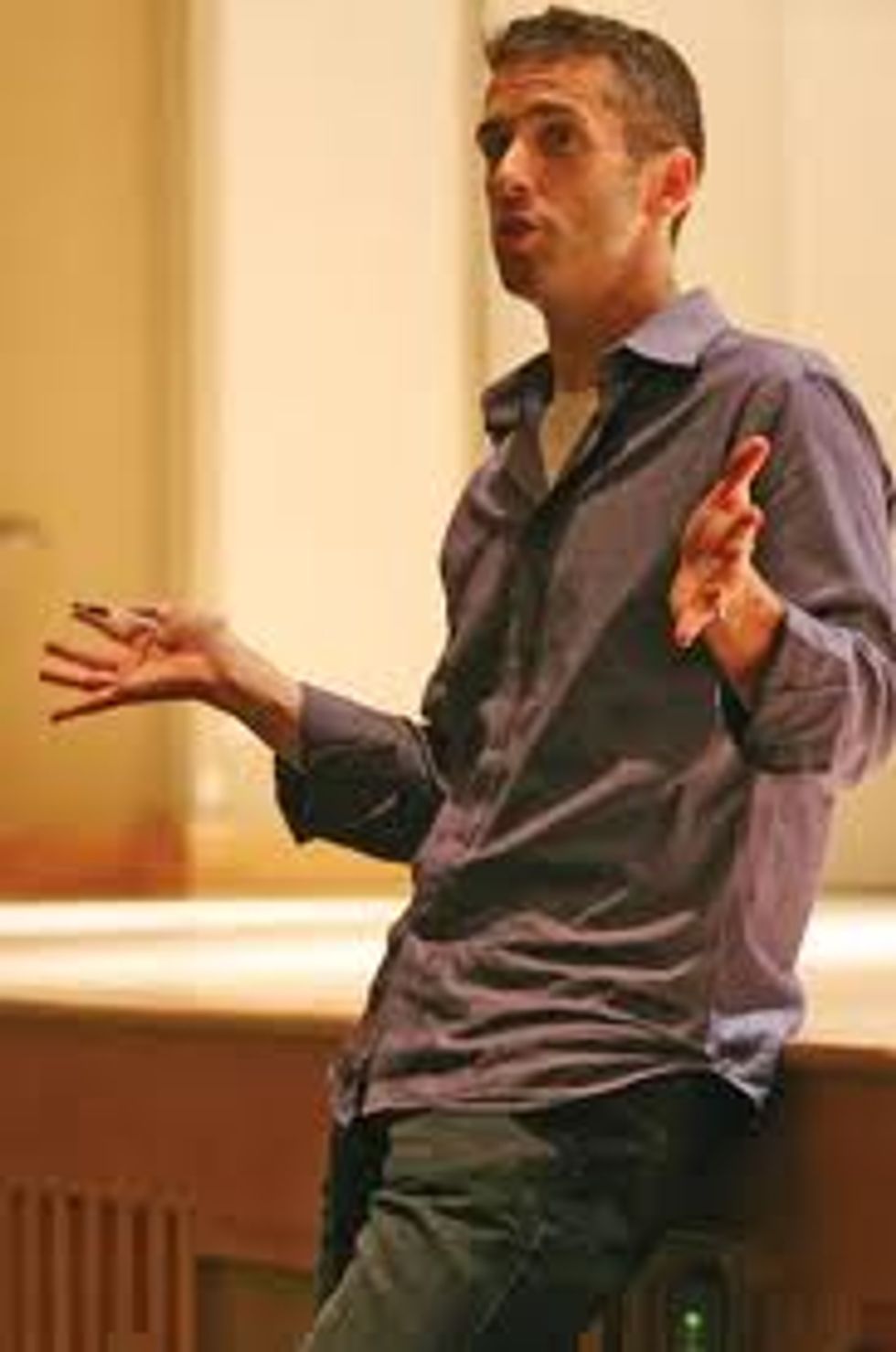 Total gay Dan Savage is not just a spreader of viral ideas("memes") and actual viruses, he is also a bully because he made Christian teens feel bad by calling the Bible bullshit just because it was constantly saying how we should slave people and stuff. Then he called them "pansy-ass" for walking out of his speech, and then he apologized for calling them pansy-ass, but since there is nothing else at all on the Internet today, the right wing is going to go with that. What other holocausts did Savage subject a bunch of high school students to? He told them they better be using birth control and said his husband looked good in a Speedo! WILL NO ONE THINK OF THE CHILDREN?

Here is a fun explainer from Fox:

Savage was supposed to be delivering a speech about anti-bullying at the National High School Journalism Conference sponsored by the Journalism Education Association and the National Scholastic Press Association. But it turned into an episode of Christian-bashing.

Rick Tuttle, the journalism advisor for Sutter Union High School in California, was among several thousand people in the audience. He said they thought the speech was one thing – but it turned into something else.

“I thought this would be about anti-bullying,” Tuttle told Fox news. “It turned into a pointed attack on Christian beliefs.”

Tuttle said a number of his students were offended by Savage’s remarks – and some decided to leave the auditorium.

“It became hostile,” he said. “It felt hostile as we were sitting in the audience – especially towards Christians who espouse beliefs that he was literally taking on.”

Tuttle said the speech was laced with vulgarities and “sexual innuendo not appropriate for this age group.” At one point, he said Savage told the teenagers about how good his partner looked in a speedo.

The conservative website CitizenLink was the first to report about the controversy. They interviewed a 17-year-old girl who was one of students who walked out of the auditorium.

“The first thing he told the audience was, ‘I hope you’re all using birth control,’” she told CitizenLink. “he said there are people using the Bible as an excuse for gay bullying, because it says in Leviticus and Romans that being gay is wrong. Right after that, he said we can ignore all the (expletive deleted) in the Bible.”

DAN SAVAGE AT LONG LAST HAVE YOU LEFT NO SENSE OF DECENCY?

I would like to apologize for describing that walk out as a pansy-assed move. I wasn't calling the handful of students who left pansies (2800+ students, most of them Christian, stayed and listened), just the walk-out itself. But that's a distinction without a difference—kinda like when religious conservatives tells their gay friends that they "love the sinner, hate the sin." They're often shocked when their gay friends get upset because, hey, they were making a distinction between the person (lovable!) and the person's actions (not so much!). But gay people feel insulted by "love the sinner, hate the sin" because it is insulting. Likewise, my use of "pansy-assed" was insulting, it was name-calling, and it was wrong. And I apologize for saying it.

As for what I said about the Bible...

A smart Christian friend involved politics writes: "In America today you just can't refer, even tangentially, to someone's religion as 'bullshit.' You should apologize for using that word."

I didn't call anyone's religion bullshit. I did say that there is bullshit—"untrue words or ideas"—in the Bible. That is being spun as an attack on Christianity. Which is bullshhh… which is untrue. I was not attacking the faith in which I was raised. I was attacking the argument that gay people must be discriminated against—and anti-bullying programs that address anti-gay bullying should be blocked (or exceptions should be made for bullying "motivated by faith")—because it says right there in the Bible that being gay is wrong. Yet the same people who make that claim choose to ignore what the Bible has to say about a great deal else. I did not attack Christianity. I attacked hypocrisy. My remarks can only be read as an attack on all Christians if you believe that all Christians are hypocrites. Which I don't believe.