Dana Rohrabacher Has Thoughts On Charlottesville. They Are Stupid Crazy Lunatic Thoughts. 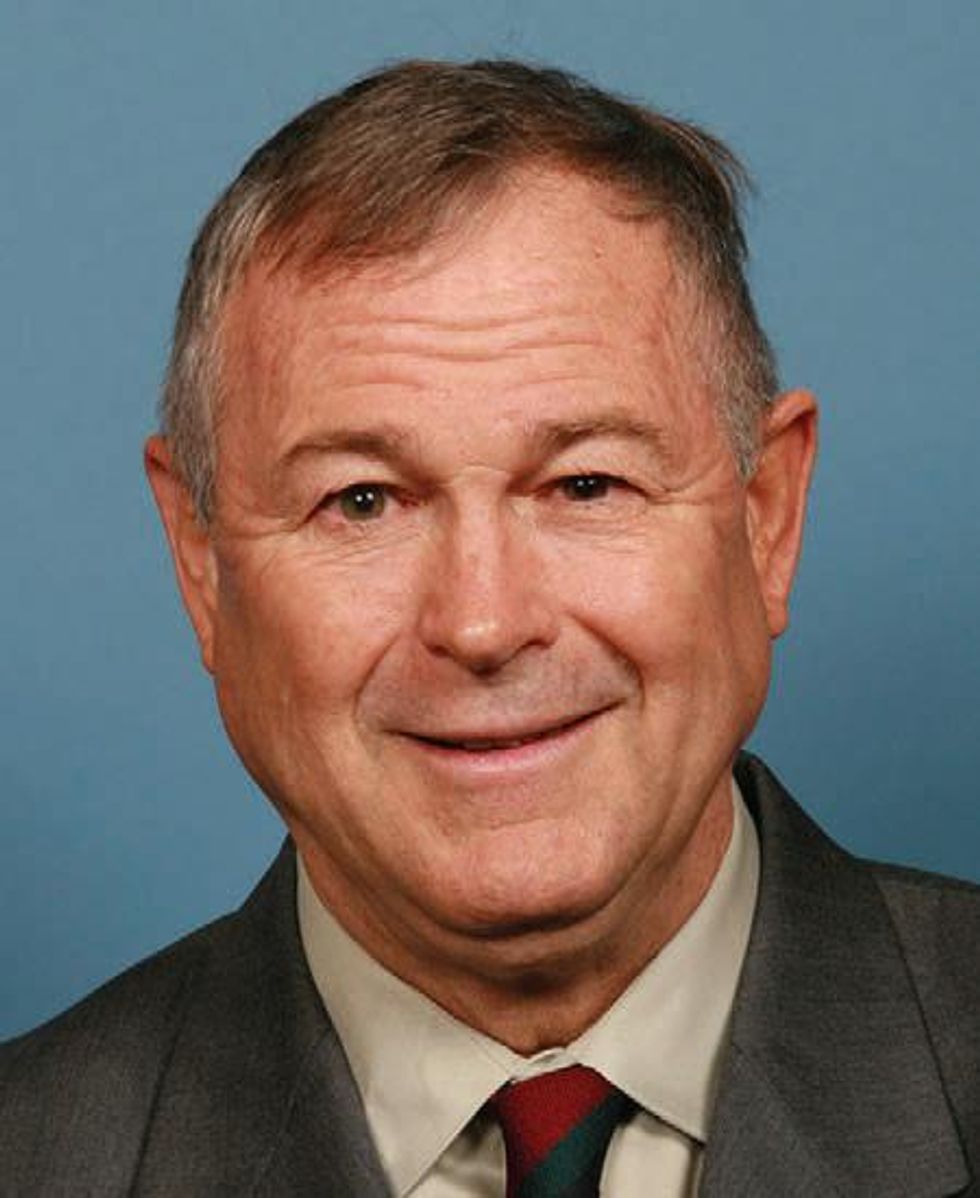 Dana Rohrabacher, he's this guy. Loved the Taliban before it was cool. Has a constant blood alcohol level of All of It Katie. Was rumored to be shortlisted for Secretary of State. Loves Russia so much even other Republicans think he's on Putin's payroll, insisting "NO I'M SERIOUS" despite Paul Ryan being all "ha ha? joke? my, don't we have fun? oh, I am a sad, small man, and my life is poop."

And now Rohrabacher has spent some time chatting with the San Francisco Chronicle's Joe Garofoli, who went to his house and watched him be a complete fucking loon while making peanut butter sandwiches.

The reason we had clicked through to the peanut butter video (a must-see for the "lunatic explaining how peanut butter works" enthusiasts among us) was we had recently been reminded that Rohrabacher and his wife, Rhonda, had left an unholy fecal and possibly lube-stained mess in their million-dollar rental home, and we wanted to see if his new house was a hoarder shithole as well. From our alma mater, OC Weekly:

Walls inexplicably contained odd holes, nail polish, wax and some smelly substance that may have been feces.

Every toilet seat in the house was broken. The ceilings showed smoke damage. Light switches had been cracked. Clumps of hair and remnants of what may have been balloons or some other rubbery material clogged sinks. Cracks scarred doors. Thick, solidified grease rendered the air-suction vent above the kitchen stove useless. Bathroom towel bars were missing, and vanities suffered water damage.

A second-floor suite used by Dana's wife, Rhonda, as her bedroom contained a huge, mysterious, lubricant-like stain—something you might expect on the floor of a Hollywood sex club—that had seeped through thick carpet and padding to tarnish a hardwood floor. The dishwasher wasn't functioning. A wooden chair in the back yard had been crushed, and phone lines were strangely severed. An overflowing tub cracked a ceiling with water damage.

If those walls could talk...they'd plead, 'Bulldoze me. Please just bulldoze me.'

Spoiler: The new house looks fine. Also spoiler: Rohrabacher, who the landlord said did $25,000 worth of damage (and the pix are a beaut!), sued the landlord for not giving him back his deposit.

And why does all of that sound so familiar???

SO! What does our old pal Dana say about Russia, Julian Assange, and Charlottesville, which was why we originally clicked over to the Chronicle anyway?

Rohrabacher said Assange told him that Russia wasn’t involved in the theft of emails from the Democratic National Committee that Wikileaks released, but didn’t say who was. Maybe the emails fell off the back of a truck, as they used to say in my grandpa’s neighborhood.

Under Rohrabacher’s scenario, a former “Hillary and Bernie supporter” got Civil War re-enactors to gather under the guise of protecting a Robert E. Lee statue there.

“It was a setup for these dumb Civil War re-enactors,” Rohrabacher said. “It was left-wingers who were manipulating them in order to have this confrontation” and to “put our president on the spot.”

Ok, libtard false flag, OBVS! The Bernie people and the Hillary people are always coming together to do collusion, just loving all over each other like "after you," "no, after YOU," and then spooning like a common Cambridge Analytica and Alfa Bank! Everyone knows that. Dana Rohrabacher doesn't address, though, why it would "put our president on the spot" to have people pretending to be white supremacists while pretending to chant "Jews will not replace us" and then pretending to kick the hell out of black people, and white people, and pastors. Why would that put him "on the spot" exactly, unless it is "because our president loves white supremacists and it hurts his feelings to say they are bad."

Wonkette is ad-free. Click here to give us money, readers, you're our only hope!