Dana Rohrabacher Will Protect America From The Tyranny Of Fluoride 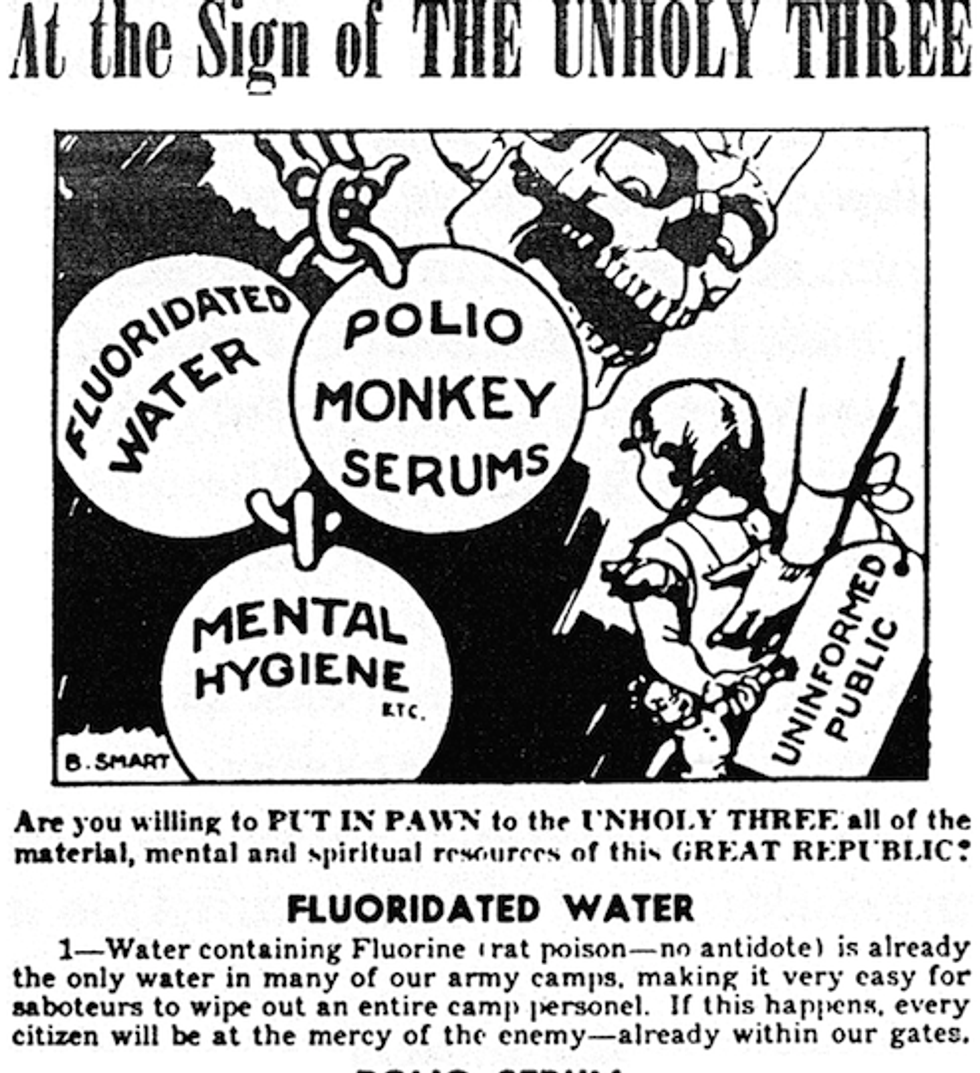 Have you read yr Wonkette's treasure trove of Dana Rohrabacher posts? Now is an excellent time to refresh your memory regarding Orange County's -- nay, California's -- greatest Congresscritter. Rohrabacher is a veritable Renaissance Man of dumb. He's a climate change denier, a Benghazi truther, a True and Loyal Friend to the Taliban, and, perhaps weirdest of all, a filth monster. So it's no wonder that he's a featured speaker at the Heartland Institute's Conference For People Who Don't Believe In Science Global Warming Thingy (which you can stream live, you lucky devil you). Rohrabacher opened the conference last night and decided to kick it old school and deliver a diatribe against water fluoridation, because apparently it is the 1950s in Dana Rohrabacher's brain.

“I do know that in this country, we should be the ones who should be deciding what we put into our bodies one way or the other,” he said. “Not the federal government or the local government putting fluoride into our water.”

What is it with Republicans and really fucked up ideas about drinking water, anyway?

“A lot of these things come down to freedom issues [...] They come down to whether or not we will control our own destiny. The fact that we will be consistent with what our founding fathers had in mind for us in controlling our own lives.”

Yes, Washington crossed the Delaware to make sure there was no fluoride in it. Everyone knows that. Thank god we have Dana Rohrabacher to remind us what freedom is really about: the right to have teeth just like our British forefathers did. God bless America.