Darrell Issa Gets Dressed Down By Federal Court Judge For Being Stupid, Arrogant Whiny-Baby 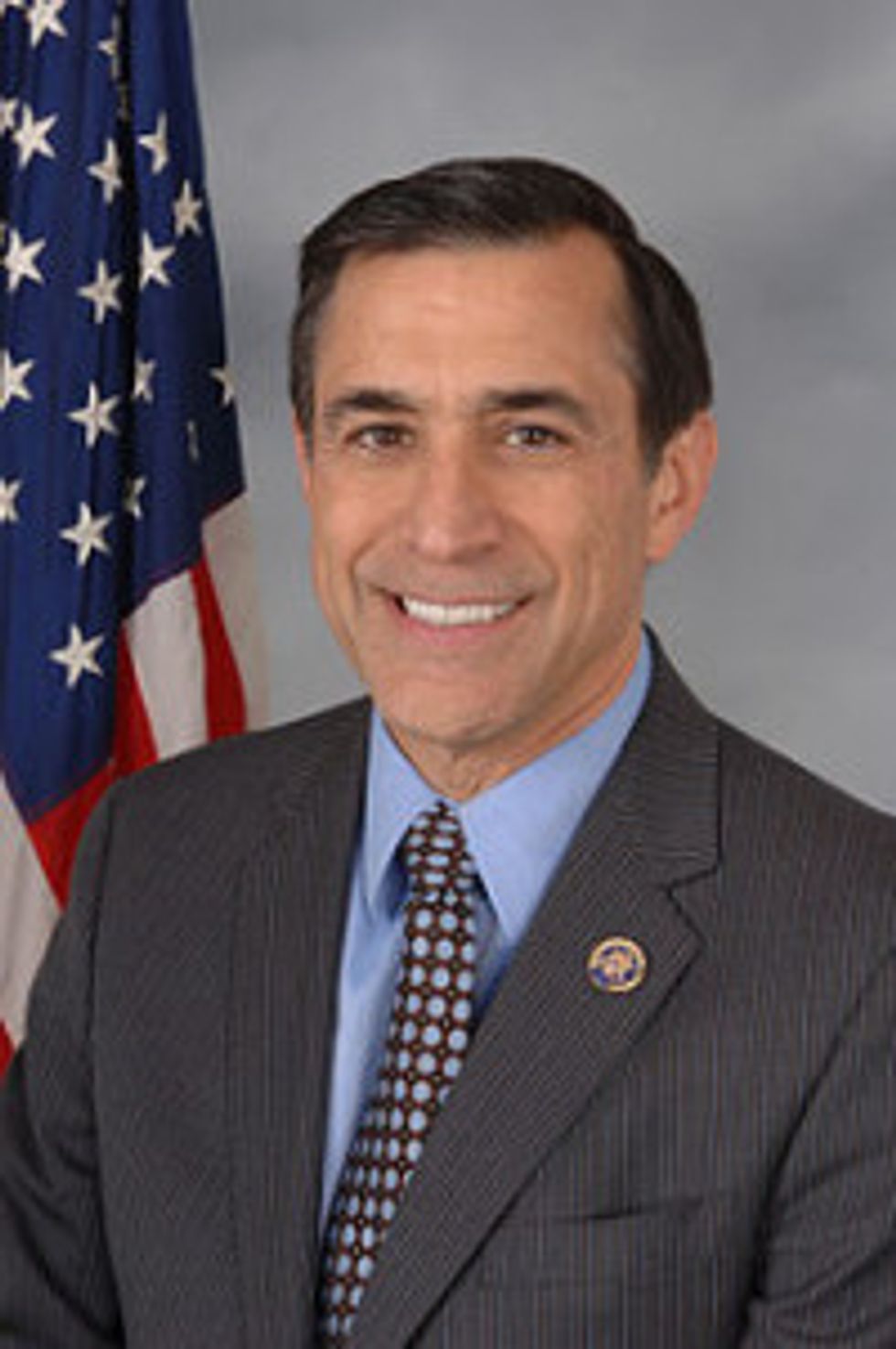 If you woke up this morning and thought that there was a foul odor wafting through the universe, your senses were not deceiving you. Cosmic skidmark Darrell Issa (R-CA) is back in the news. This time it’s about his lawsuit against Attorney General Eric Holder and the whole Fast & Furious thingy. Apparently, Issa is acutely perturbed that his TWO-YEAR OLD lawsuit is hitting some roadblocks, perSlate:

DOJ [The Department of Justice] asked the court to delay court proceedings, explaining that its appropriations had lapsed on Sept. 30, and that “Absent an appropriation, Department of Justice attorneys and employees are prohibited from working, even on a voluntary basis, except in very limited circumstances, including ‘emergencies involving the safety of human life or the protection of property.’”

Well, this did not sit well with Issa, who filed a motion with the Court to make the DOJ keep working on this particular project, because… well, because Issa apparently doesn’t understand that when he votes to shut down the government, it means ALL the government, not just the parts he doesn’t like. Let’s see what a federal judge has to say.

Issa petitioned the court to make the case move forward, claiming that the:

“Department’s Contingency Plan provides that Department employees may continue to work on matters necessary to the discharge of the President’s constitutional duties and powers.” In other words, the matter was sufficiently urgent that furloughed DOJ lawyers should be forced to volunteer their services to work on the case without pay.

Apparently, when Issa voted for the government shutdown, he wanted to carve out an exception for things HE deems important. Women and children eating? Screw them, yo. The Olds visiting decorated pieces of marble? CRITICAL. And two-year-old political lawsuits brought about only to embarrass the sitting dictator? MISSION CRITICAL.

There are no exigent circumstances in this case that would justify an order of the Court forcing furloughed attorneys to return to their desks. Moreover, while the vast majority of litigants who now must endure a delay in the progress of their matters do so due to circumstances beyond their control, that cannot be said of the House of Representatives, which has played a role in the shutdown that prompted the stay motion.

Basically, Judge Jackson is telling Issa that he is responsible for the shutdown, so NO FUCKING WAY can he get an exception for his personal partisan toys. You caused this problem, so don’t come running and complaining to a judge when your own damn incompetence/arrogance/petulance is causing problems for things you care about. Basically, she is calling out the House of Representatives for not doing their jobs, and this is about the best bitch-slap Issa has gotten since… well since one of the numerous AWESOMEletters sent by legislative hero Elijah Cummings (D-Swoon).

This little mommyblog is glad to see that more and more people recognize Issa as a giant pimple on the ass of the universe.