David Brooks To Teach Next Generation Of Elites To Be 'Humble,' At Yale 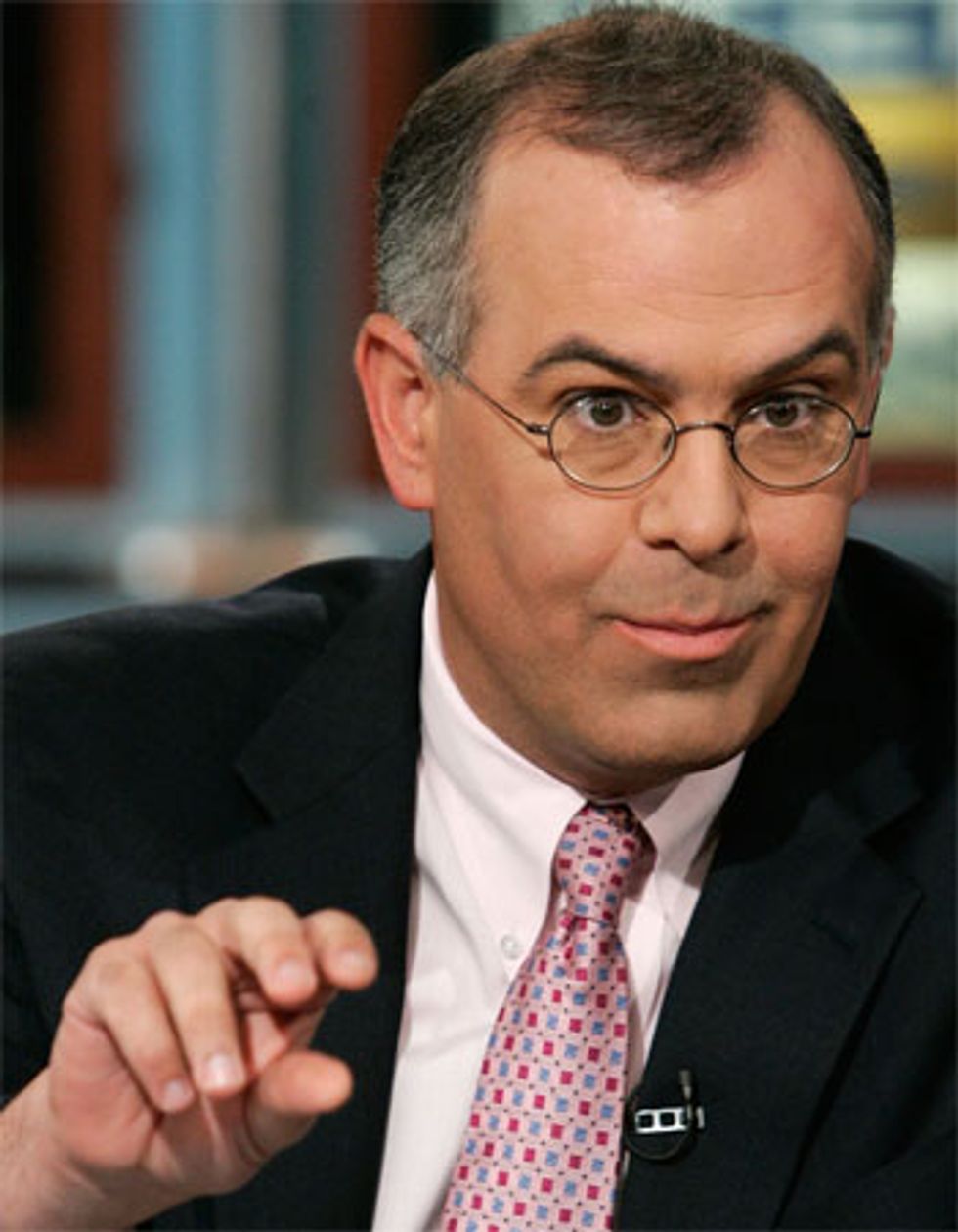 Yes, by virtue of his New York Times column and his occasional PBS appearances, David Brooks has been qualified to teach something. And -- get this -- it is a class in HUMILITY. Which will be taught to the children of the 1% at Yale.  Everything about this begs to be made fun of.

According to the Yale course catalog, the class will examine the "premise that human beings are blessed with many talents but are also burdened by sinfulness, ignorance, and weakness."

Sounds real specific, doesn't it? We can't tell if this is supposed to be anthropology or religious studies or philosophy or all three, not that David Brooks is qualified to teach anybody anything about any of those things. It is particularly funny given the "humility" that David Brooks exudes when discussing himself and others like him. From his book, Bobos in Paradise, as quoted (and explicated by) the Exiled:

"Bourgeois bohemians [BOBOs] are the new establishment….[and] I’m a member of this class, as, I suspect, are most readers of this book. We’re not so bad. All societies have elites, and our educated elite is a lot more enlightened than some of the older elites, which were based on blood or wealth or military valor. Wherever we educated elites settle, we make life more interesting, diverse, and edifying."

[But] when he says that the Bobos make life more “diverse,” he isn’t talking about ethnic diversity, let alone intellectual diversity; he’s talking about diversity in styles of furniture or ethnic restaurants:

"The educated class has conquered all and hegemonized its Bobo culture…. Now the Babbitt lion can mingle with the beatnik lamb at a Pottery Barn, a Smith & Hawken, a Museum Shop, a Restoration Hardware, a Nature Company, a Starbucks, or any of the other zeitgeist-heavy institutions that cater to educated affluents. Today the culture war is over, at least in the realm of the affluent. The centuries-old conflict has been reconciled. “

NAILED IT! Rich people can buy things from all kinds of different chain restaurants and furniture and cookery outlets now. They share a sacred bond by virtue of doing so, and resolve some sort of centuries old conflict. This makes life more "edifying" for everyone involved, from the lowly sales associate to the mighty CEO.

So basically, it's cool that David Brooks and these other elites are so very superior to the rest of us, because they trickle down on us and make us all better. Anyway, does David Brooks KNOW he's a joke? Answer: not exactly.

"The title of the Humility course is, obviously, intentionally designed to provoke smart ass jibes, but there's actually a serious point behind it," Brooks told New York Magazine. "People from Burke to Niebuhr, Augustine to Dorothy Day, Montaigne to MLK and Samuel Johnson to Daniel Kahneman have built philosophies around our cognitive, moral and personal limitations. The course is designed to look at these strategies as a guide for life and politics and everything else."

Yes, David Brooks, but is the "PROFESSOR" designed to provoke smart ass jibes? And can all of us share in humility, or just the BOBOs, who are uniquely burdened with the pains of having great taste in interior decoration? And may we recommend that you follow up with a course called "Arrogance"?

Also the course  has "no regular final exam," so if you are reading this and you are at Yale, it will probably be an easy A.

Apparently it IS easy to teach at a fancy school like Yale or Princeton, which is what we were saying yesterday, and we are now that much more vindicated.