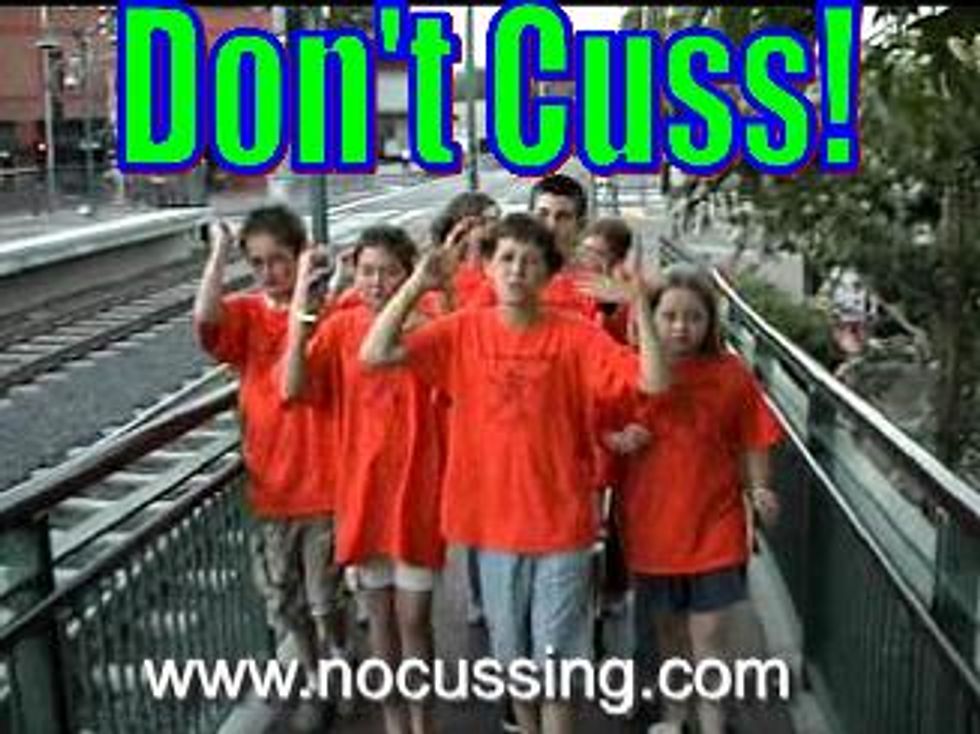 Sounds like SOMEBODY could learn a little somethin' from these children.

If there's one thing we can all agree on at Wonkette, it's that the only thing worse than a lady is a cusser. Make that a cussing lady and we run for the hills! So we empathize with what Dead Breitbart's Dirty Rotting Corpse must be feeling right now, upon discovering that Hillary Clinton has hired a staffer lady who says too many F-words. Can you imagine? No man wants to marry a lady who talks like a common play-acting strumpet, that's what we always say!

This is an actual story at Breitbart Dot Com right now:

Let's see what kind of journalistic feat the writer has pulled off here, because that's a shocking fucking allegation:

If you work in Washington, D.C., you know that political flacks like saying the F-word all of the time, regardless whether they are male and female.

[wonkbar]<a href="http://wonkette.com/574396/megyn-kelly-to-mike-huckabee-were-just-whoring-it-up-all-over-the-place-at-fox-news"></a>[/wonkbar]It's true! Even Republicans like John Boehner say it! And even nice blonde ladies on Fox News are like "FUCK THIS, FUCK THAT, I'M A FUCKING SHILL FOR ROGER AILES, WHY DON'T YOU PUT YOUR COCK IN YOUR MOUTH AND SMOKE IT, MIKE HUCKABEE?" Or at least Megyn Kelly says that.

On with the Breitbart big cussing scoop:

But they usually avoid using the word on the record or on social media. Not Hillary Clinton’s latest hire Jess McIntosh, the new director of communications outreach for the campaign.

The former vice president of communications for EMILY’s List and fearless defender of abortion and Planned Parenthood frequently used the word on social media as part of her online communications strategy.

Bloody buttfucking hell, JESS! Couldn't you be bothered to say "fudge" or "fiddlesticks" or "Oh my stars!" once in a while? Now you've gone and given Breitbart the vapors, and you know what happens when people named "Breitbart" get the vapors ...

As evidence, Breitbart presents a MILLION examples of Ms. McIntosh The Street Talker, saying "fuck" on Twitter. Here are but three:

Rest assured, she has said so many more 'F' cusses, but this is a family-friendly mommyblog, so we shan't be printing any-cocking-more of them!

Breitbart reports ("reports") that Jess said back in 2012 that she was going to stop poopy-swearing, but apparently that was a big fucking lie. HOWEVER, we have done the journalism Breitbart is not willing to do, by scrolling through her recent Twitter to see if she's been able to TWEET MORE LADYLIKE these days, and the worst thing we found was this thing where she took the Lord's name in vain, in the direction of St. Mittens Of Romney!

Oh, and she retweeted that story from The Onion, "Nation Too Sad To Fuck Even Though It's What Prince Would Have Wanted." But that doesn't count because A) That's quoting somebody, and B) We're pretty sure even Jesus himself retweeted that.

The point is that Jess McIntosh is a known cusser, everybody knows it, and Hillary Clinton will never be president because of it.

Just kidding, HI JESS, Wonkette is your pal and we fucking GET you, man.