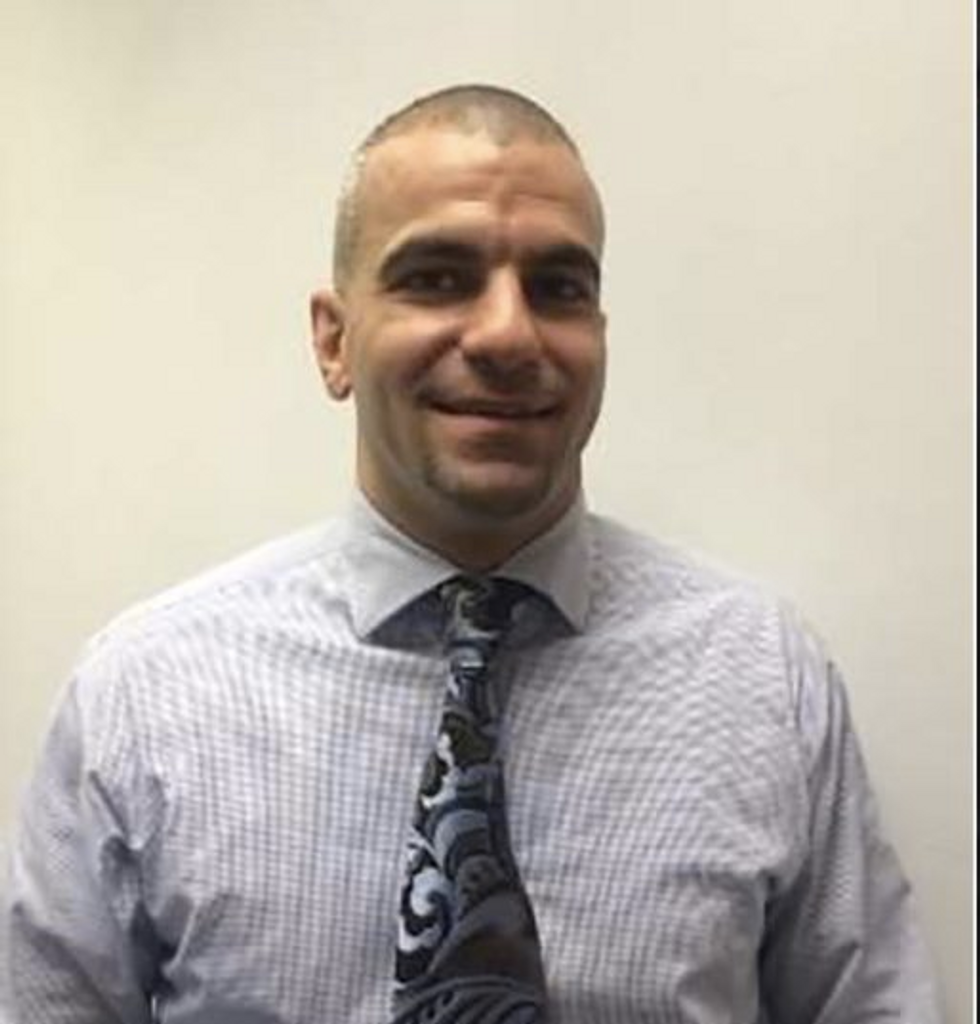 Maryland defense attorney Christos Vasiliades is in a bit of trouble after having attempted to keep a rape victim from testifying against his client. Not only did he offer her $3000 to keep quiet, he and another man who describes himself as Vasiliades's interpreter suggested that if she did testify, Trump would have her deported.

Nice! Via The Baltimore Sun:

In a recorded conversation, Christos Vasiliades, 38, and another man charged in the case, Edgar Ivan Rodriguez, told the alleged victim's husband about the "current environment for immigrants in this country" and offered $3,000 cash if she did not show up to court, which would force prosecutors to drop the case, the indictment alleges.

"You know how things are with Trump's laws now; someone goes to court, and boom, they get taken away," Rodriguez told the victim's husband in the recorded conversation, according to an indictment by the Maryland attorney general's office.

He also suggested that, as an alternative to deporting his client, the victim's husband could just beat him up, as they would in Greece where Vasiliades is from:

"If we were back home where I'm from, from Greece ... we would go (expletive) him up, that's it, if you want to do that, that's fine," Vasiliades was recorded saying, according to court documents. "He's an (expletive), I think you should find him and kick his (expletive), personally."

Uh, except for the fact that it is actually illegal to physically assault someone, and the victim's husband could be arrested and then deported for doing so? Also -- though he may find this surprising, Greece also has legal means for dealing with rapists. I would not say their laws are particularly great, but they do put people in jail for it! It's not just like the whole town goes and beats them up and calls it a day.

However, Vasiliades's plan did not work out as he hoped. Rather than dropping the charges and taking the money and then, uh, beating up his client, the victim and her husband reported this intimidation to the police, who then listened in on a phone call between Vasiliades and the husband, in which he again proposed his great idea.

Both he and Rodriguez were arrested on Tuesday and arraigned on Wednesday on charges of charges of obstruction of justice and witness intimidation. Both plead not guilty.

The scary thing here, of course, is that Vasiliades is not entirely wrong.

"If you're an immigrant, you live in a climate of fear at this point, and these folks were trying to capitalize on that," Attorney General Brian Frosh told The Baltimore Sun.

The Baltimore state's attorney's office issued a memo to prosecutors recently, advising them to consider the "potential consequences to the victim, witnesses, and the defendant" in minor, nonviolent crimes.

A large part of the reason sanctuary cities decide to be sanctuary cities is so that undocumented immigrants can call 911 and testify in court as witnesses without worrying they are going to be deported. So that officers can spend their time fighting real crime rather than acting as a deportation squad. It's actually very pragmatic! Especially for those of us who see things like rape and home invasions and robberies as a lot more of a pressing issue for our communities than the perfectly nice couple living down the street that don't happen to be US citizens. We just have different priorities!

But, part of Baltimore's reason for being a sanctuary city is the fact that they actually need immigrants to move there due to a serious population decline in the last few years. The city is hoping to become home to at least 10,000 new families, and a large part of their strategy has been appealing to immigrants (who may not have seen "The Wire") to move there. The city has even recently set up a legal defense fund for undocumented immigrants targeted by the Trump administration for deportation. They want to revitalize their city, and having people like Vasiliades going around telling women they'll get deported for testifying against their rapist is not exactly a thing they want happening.