Deleted Comment of the Day: Cool Cigar Guy Is Cool, Panhandlers Are Terrorists 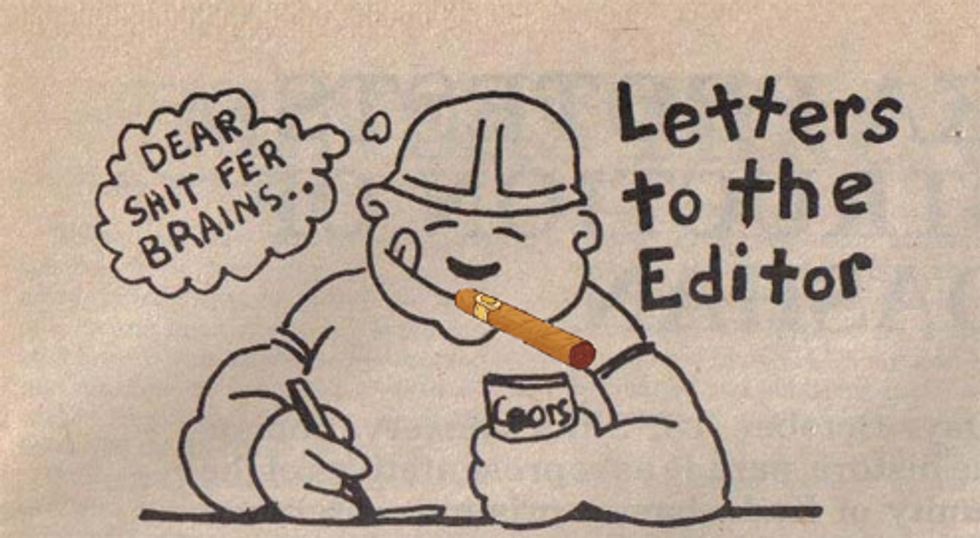 Ourstory this morning about the bloviations of Redd Foxx comedy sketch escapee Abdul-Hakim Shabazz and his brilliantly satirical attempts to bum money off panhandlers got noticed by Mr. Shabazz himself, who must spend a fair amount of each day self-googling. Careful you don't go blind, Mr. Shabazz! He dropped an attempted comment in the ol' queue, and we just couldn't wait to share it:

Howdy folks! It's Abdul, the author of the brilliant piece of literature. I thought I would join in the conversation. First, it's obvious many of you don't know the difference between homeless and panhandlers. Ask anyone who works in social services Indy and they will tell you there is a difference.

Oh, let us guess -- the former are the deserving poor and the latter are troublesome scum? Hahaha, we are of course kidding. None of the poor deserve anything.

Secondly, for those of you who think I am an elitist douche-bag, you are correct. I worked very hard for it. And when I enjoy my Davidoff Cigar and martini at my private club, I raise my glass to my parents and grandparents who marched across that bridge at Selma to make it all possible. And knowing that I get under the skin of people like you just makes me feel warm inside. Or that could just be the steak I had for lunch.

In a second attempt at posting the comment, that last line is replaced by "It's nice to be a white liberal's worst nightmare."

Wow, are you playing the race card? We would totally report you to the Amalgamated Brotherhood of Black Conservative Columnists, Local 291, except we know you guys don't believe in unions. Besides, we have far worse nightmares than some smug conservative bootstrap-fellatrix blowing cigar smoke out his ass towards those less fortunate. Like the prospect of them ever actually running things.