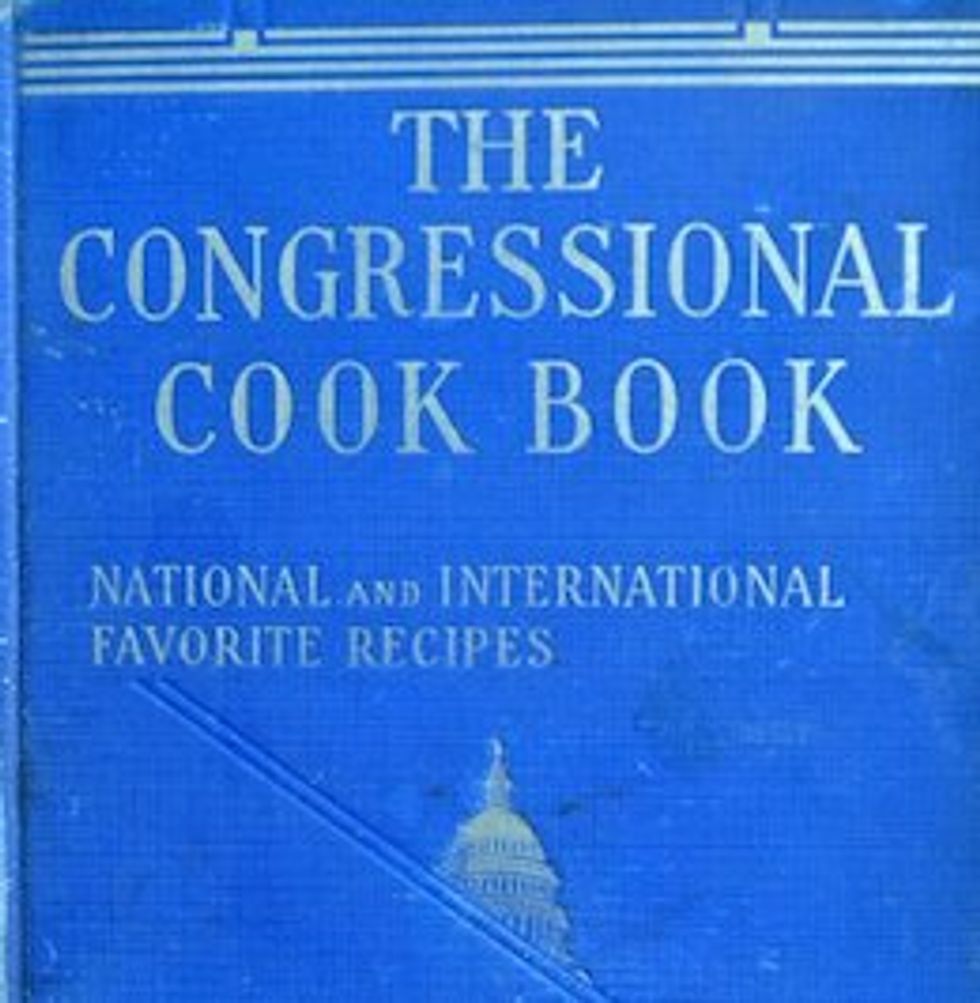 Most Americans today completely ignore politics and Congress, and most of those who follow the stuff very intensely are, you know,insane, and the only "congressional recipe" America's Abused Liberals know about is the Larry Craig "super tuber," which is a wiener forced inside a hole cored in a potato, again and again, until both the wiener and the potato are spent. WE FEEL YOUR DOUBT SO GO NOW AND LOOK AT THIS, THEN COME BACK. There. Do you feel better? Of course you don't. Let's talk about History instead -- the history of Congressional Cookbooks of Olden Times When Blacks Were Still Legally Prevented From Voting In Most States and World War I veterans were smashed and beaten in the streets of Washington by active-duty troops led by MacArthur and Eisenhower. You know, 1933! The last Great Depression!

Our pretend-friends at The Hairpin came across this delightful recipe book of terrible food items allegedly prepared by the vacant-eyed wives of congressmen and senators. (The food was really prepared by black house-servants, who must've been appalled by this scary white people food free of spice or seasoning.) Each recipe is gross! So gross, in fact, that we cannot quote them here. Instead, we will make up our own versions based on the titles of the individual recipes. (You can read the real ones at The Hairpin.)

Well, that's all the time we have for whatever this was, today! See you again on the next episode of "Famous Congressional Recipes." [The Hairpin]