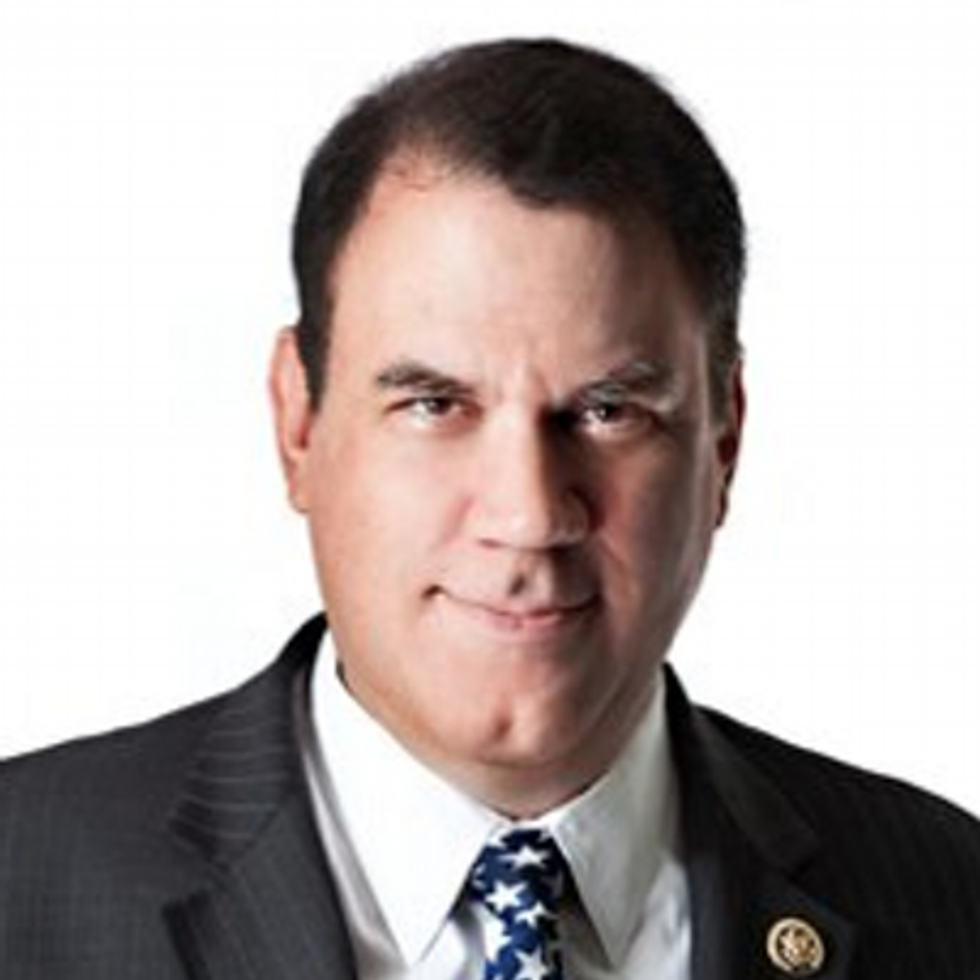 Harry Reid, you remember him, he is a badass. Alan Grayson, you remember him too, he's that guy who talked a lot of shit about George W. Bush so we all laughed our asses off and thought he was pretty cool! But you know who does NOT like Harry Reid and Alan Grayson? Harry Reid and Alan Grayson, but opposite. Like, we are pretty sure Harry Reid likes Harry Reid, and Alan Grayson likes Alan Grayson, but BOY HOWDY they do not like EACH OTHER, and they are going in meetings and puffing out their chests like 17-year-old boys who just got that first sweet hit of testosterone that makes them want to chest bump their moms, and also Alan Grayson has some shady ethical shit going down with some Cayman hedge funds and Harry Reid is like DROP YOUR SENATE BID, SHADESTER, THERE IS NO ROOM FOR YOU ACTING LIKE A COMMON DEBBIE WASSERMAN SCHULTZ, and Alan Grayson LITERALLY DIRECT QUOTE (and not like our usual "direct quote" when we say a joke but an ACTUAL direct quote) telling Harry Reid "SAY MY NAME." And Harry Reid probably doing that thing cool black guys and Hillary Clinton do where they wipe the dandruff off their shoulders, because that dandruff IS YOU. (Or Alan Grayson. You know what I mean. OR DO YOU?)

Okay, let's get up in this shit.

Here is how the aide, who spoke on condition of anonymity, described the exchange:

Grayson says, ‘Do you know who I am?’

Keith [Ellison] interjects at this point and asks what he [Grayson] is doing. ‘If you have a real question ask it?’

Other members interject and say, ‘If you don’t have a point move on.’

Grayson takes out a piece of paper, says ‘I want to read the things he has said about me.’ He goes through this list about the Cayman Islands and hedge funds and says, ‘These are false, and I want to know why you said it.’

Reid says, ‘It is true and I want you to lose.’

So that's everything you need to know about that!