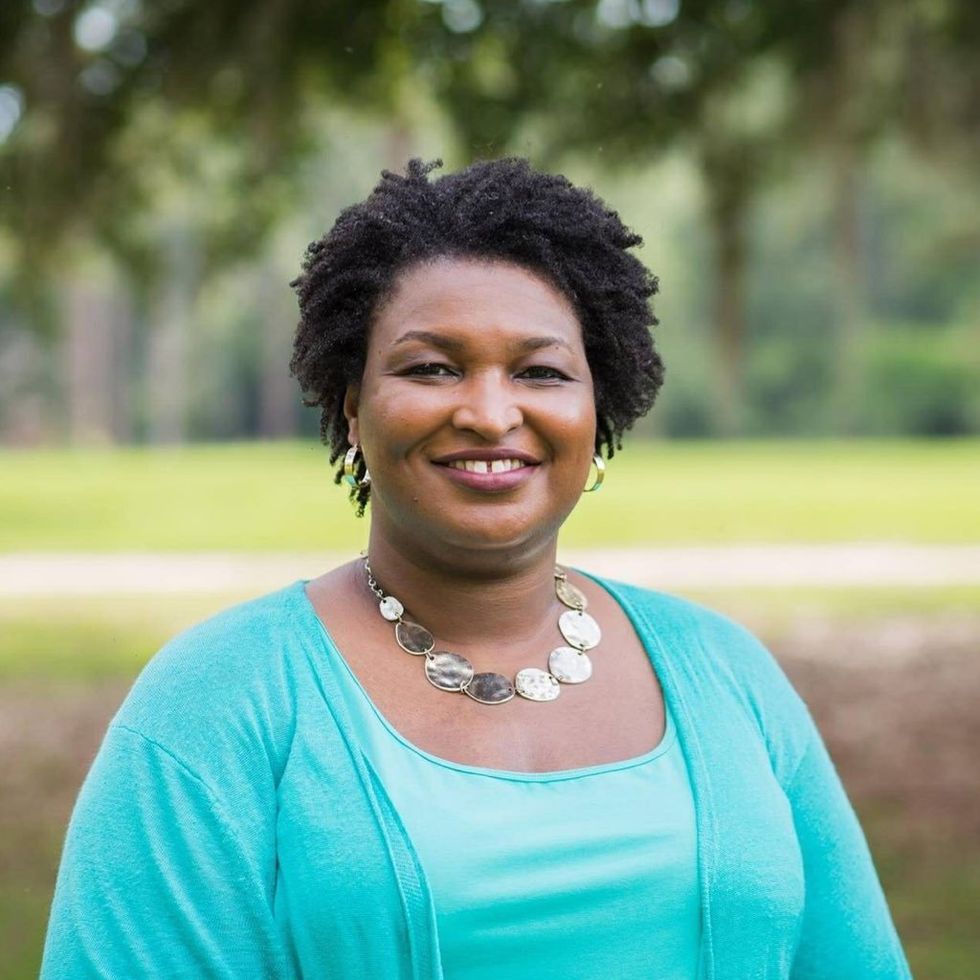 Hello, Nice Times! Four states held elections last night, and Democrats SHOWED UP! We can do this Blue Wave thing, if we just hold hands and keep marching. Here's what went down.

Can Democrats be the first party to put a black woman in the governor's mansion? Yes, we can! Stacey Abrams, former minority leader of the Georgia House of Representatives, won the Democratic primary by a landslide. Round of applause for Abrams's opponent Stacey Evans, who graciously conceded by 10 p.m. -- because we do not have time for intra-party drama this year, TYVM!

Abrams boosted Democratic turnout to within 50,000 votes of Republicans -- for comparison, Democrats were 290,000 votes short in the 2014 primary. And none of the Republicans got over the 50% threshold this time, so the top two white guys get to slug it out for another two months until the runoff.

Hillary Clinton only lost Georgia by 5%, and in the last gubernatorial race, incumbent Nathan Deal won by 8% after raking in almost twice as many primary votes as the Democratic challenger.

This is doable! It's an open seat, in a wave year, with an appealing black candidate who managed to win the primaries in white suburbs.

Oh, come on! Have you even seen this ad?

Of course Amy McGrath won her primary against the DCCC-backed mayor of Lexington, Jim Gray. She's a former Marine Corps fighter pilot who served multiple tours in Afghanistan and Iraq and worked as a liaison between the Corps and the Pentagon. Or as the NRCC put it,

Despite their best efforts, National Democrats were unable to stop radical liberal Amy McGrath from squeaking her way through the primary. Now they’re left to pick up the pieces and try and find a way to sell a candidate who received more from the liberal bastion of California than she did in Kentucky. When even the DCCC thinks you’re too liberal for the district, that’s an insurmountable problem. The NRCC looks forward to Andy Barr’s reelection.

Hey, did Amy McGrath and Jim Gray EACH get more votes than current Congressman Andy Barr? They did.

And were there TWICE as many Democratic primary voters as Republicans? There were.

Look, we know Lupe Valdez is a longshot to beat incumbent Texas Governor Greg Abbott. But Texas Democrats just nominated an openly gay, Latina sheriff. And that is GREAT! And we know that Laura Moser lost her congressional primary to Lizzie Fletcher. And you know what, that's great, too! Because, while I, your FDF actually donated to Moser's campaign, I live in Maryland. I don't get to tell Texas Democrats who should represent them.

It's a big country, we're a diverse party, and we WILL NOT be purity testing candidates from outside our own districts. Joe Manchin couldn't win in Maryland. Ben Cardin couldn't win in West Virginia. AND WE NEED THEM BOTH.

Because there is a madman in the White House, and Congress is full of craven bastards attacking the rule of law and women's rights. Hold hands! Keep marching!

BLUE WAVE IF YOU WANT IT!

Please click here to fund us! This midterm is gonna be CRAAAAAZY!