Dennis Prager Channels Elephant Man, Is Shamed By Body, Not An Animal 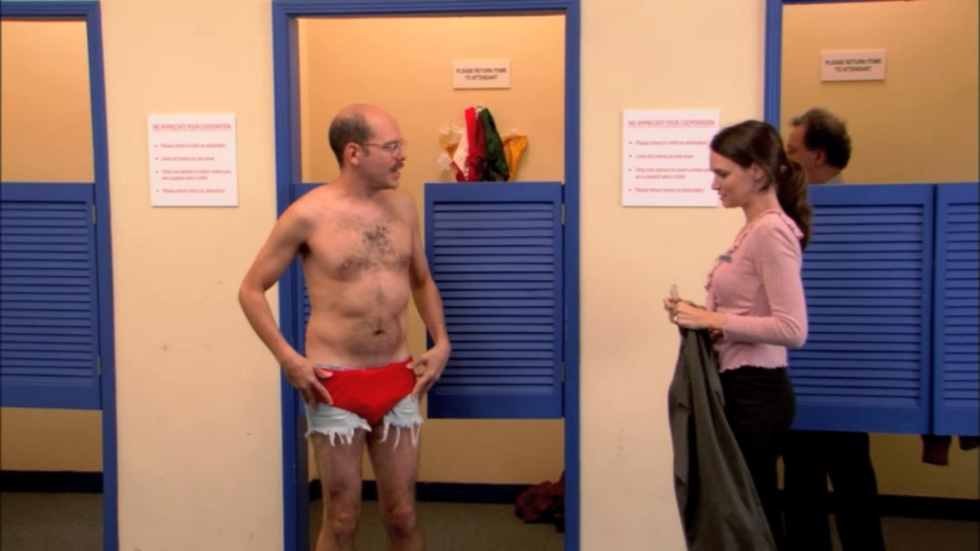 Sometimes there are slow news days here at yr Wonkette. People are dumb enough, but not funny, or funny enough, but fail to be dumb. Dennis Prager, however, alwaysalways comes correct. Whether it is his awesomely casual racism where he explains how black and brown peoples will not read the New York Times, his appeal to young people where he tells young people they are stupid, his thoughtful theorem that the poor are poor because they're lazy, or his amazing online university where classes are only five minutes long, Dennis Prager is an endless font of dumb. Today he is mad SO MAD about nekkid people.

The reasons to oppose public nudity emanate from this Judeo-Christian list of separations.

When human beings walk around with their genitals uncovered, they are behaving in a manner indistinguishable from animals. A major difference between humans and animals is clothing; clothing separates us from -- and in the biblical view, elevates us above -- the animal kingdom.

If you, like any rational person, are wondering why the hell Prager is blathering on about this, you can blame San Francisco for banning the nakeds:

[Mayor] Lee is expected to sign the legislation, which exempts nudity at private beaches, private property and permitted special events — such as Bay to Breakers or the Folsom Street Fair — and doesn’t apply to children under 5 years old. Violators would be fined $100 for the first offense and $200 for the second in a 12-month period. Convictions under the proposed law wouldn’t result in a sex offense, but a third offense could bring a $500 fine or a misdemeanor.

Nudists have already sued the city over the ban; if it’s signed by Lee, a judge will consider whether to block the law at a hearing scheduled for Jan. 17.

The half-dozen naked agitators shouted at members of the Board of Supervisors and were quickly seized by sheriff’s deputies armed with large blankets.

As they were hustled out of the chamber, two of the saggy-bummed nudists, one wearing only rainbow knee socks and another sporting thigh-high black nylons, shouted "Body freedom!" and "Shame on you!”

Please never ever change San Francisco. Though, to be honest, if yr Wonkette were to go nekkid, it would not include nylons, because WTF.