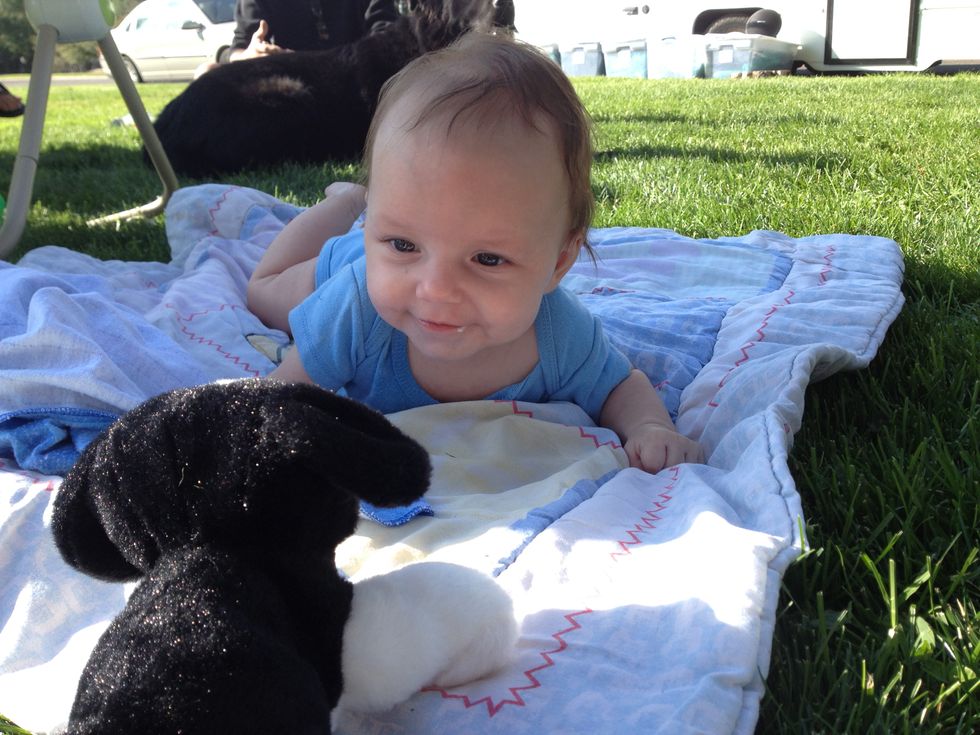 No cocaine for the baby either :(

At the starting place is this: WHAT THE FUCK DENVER EIGHT PEOPLE TURNED OUT TO COME AND SEE US AND GRILL FOODS WITH US IN A PRETTY PARK AND THE ONLY REASON WE EVEN GOT EIGHT IS BECAUSE STEFFIZ BROUGHT HER FUN AND PRETTY CHILDREN. But that is neither here nor there YES IT IS IT IS HERE AND THERE FUCKERS GAH I AM SO MAD AT YOU. Except the eight of you who showed up, who were darling and amazing and interesting and sparkling and I loved you so much until the guy chased you ALL AWAY. So let's get back to him, because at least he's a story!

"Brian" was not a moocher, he said so many times, as he ambled over to ask what we were doing in the pretty Denver park. "We are having an appreciation party for our readers," my husband explained. "Like psychics?" Brian asked, because Brian was dumb.

He insisted on giving us $10 for one of our beers no matter how many times we told him to put away his money. But then -- and if you know people who are not moochers, you saw this coming! -- that beer quickly turned into four beers as he kept complaining they were flat, or accidentally spilling some onto the grass so that he had to pour the whole beer out, because reason. So he was annoying. Then he said the racism, which I think was supposed to be funny? And THEN he sexplained how he is going to get a hotel room to do lots of cocaine or something, not sure, and he is mad at his girlfriend because there was TOTALLY a dude sitting on her couch.

"Were they naked?" we asked, because that could be a reason to be mad at her for having a guy on her couch, definitely. "That's what her mom asked!" he answered triumphantly, because we think he thought her mom was saying her daughter might have been naked, and definitely not that he was being grody and a toad. He talked about his girlfriend a lot! And then his other girlfriend. He had two girlfriends, they like to sexxxxt him, he is so hot and not a moocher mos def.

Also, he used to fuck one of our man-guests, according to that man-guest, who showed up and then Brian showed back up after having left with the homeless guy and then come back without him, we are guessing because the homeless guy ditched him for being an embarrassment. Our man-guest didn't stay long, probably because he was SO UNCOMFORTABLE because Brian was there and Brian's the worst.

Well! Two adorable grad students came, and one was telling us about her thesis on "traditional marriage" in history. How timely and interesting! Let us discuss Smart Things! Uh oh, Brian wants to discuss Smart Things too, and so he will yell across the park at the grad students that he went to Denver University and so knows ALL OF THE THINGS and she should really run her thesis past him, so he can give her a second opinion. And his opinion was that Paul said something to the Galatians and Paul said something to the Ephesians maybe, who can remember, and we all pointed out that yeah but PAUL WAS A DICK and then he cited Bill O'Reilly as an authority on the life of Jesus because he "wrote" Killing Jesus, and Brian "read" Killing Jesus, and then we all laughed and laughed because BOY WAS HE AT THE WRONG PARTY.

Was Brian deterred? Mais non! He asked if we wanted to get a bunch of cocaine. I made a face and kind of gestured to our middle-aged selves and our baby and said we weren't really cocaine people. "But he is!" Brian said, pointing at my husband. No, not him either! "Oh. So meth then!"

Brian had cracked the puzzle.

Also, he said he didn't fuck our man-guest, our man-guest was lying out of jealousy, because I asked him, but it was he, Brian, who was really obviously lying, I mean come on. It was v. Donald Trump. Then Patty, who got put into my phone as "Party," showed up, and she was so excited by the story of Brian and said nothing that exciting happened to her in YEARS and we had only been there TWO HOURS and we already had such a good story and how was that even fair.

The next day we went to Boulder, where we found out too late that the park we chose online didn't allow smoking, drinking alcohol, or grilling, because Boulder is a liberal fascist nanny state and there was nowhere to park our RV because it is not a bike-powered RV and they hated us SOOOO MUCH, so we didn't grill.