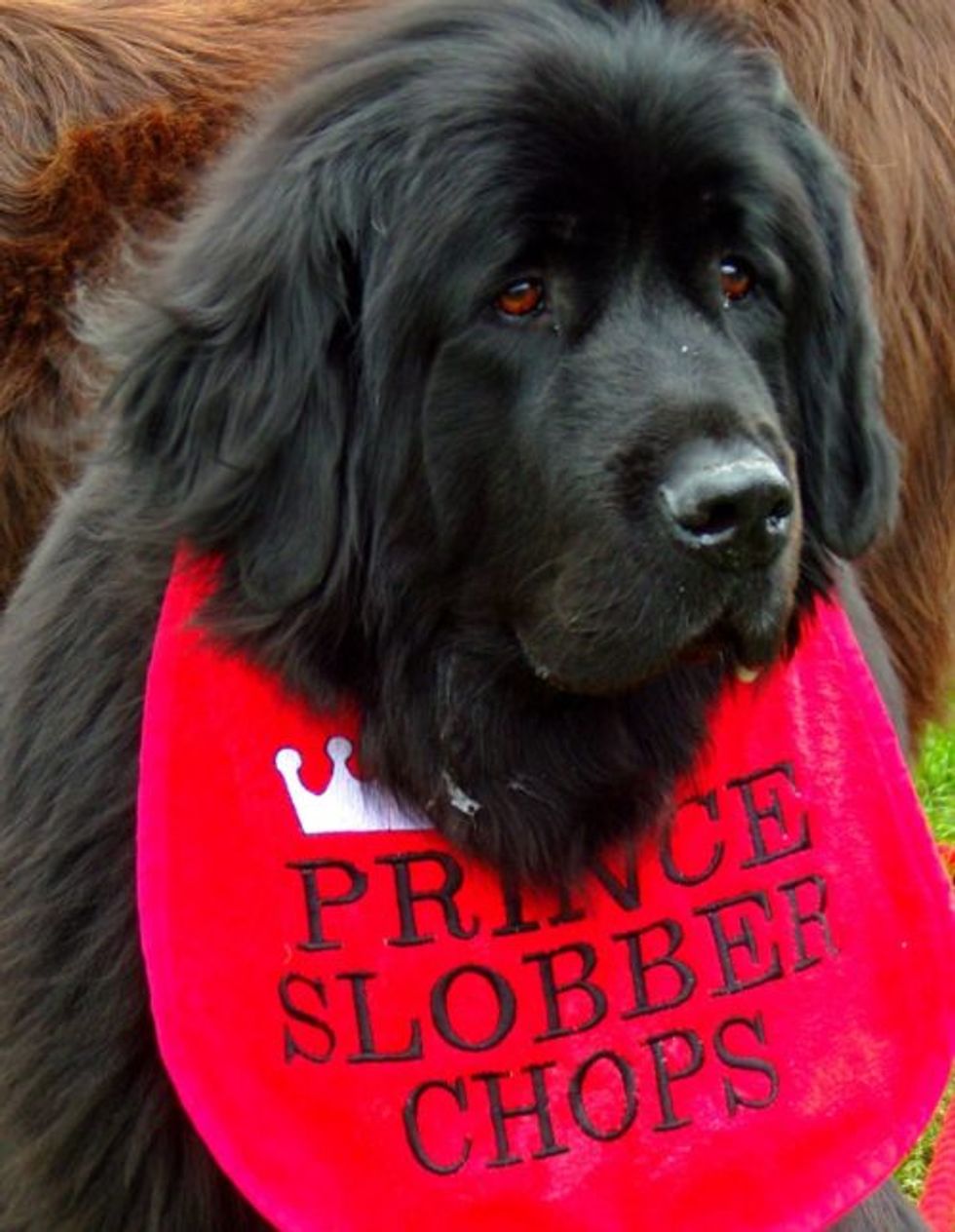 We're not saying Trump is like a Newfie. But a Newfie is nicer to look at.

House Minority Leader Nancy Pelosi warned her caucus not to get any Joe Wilson "You Lie!" ideas for Donald Trump's State of the Union speech tonight (remember to come and not watch it with us!), since everyone already knows he'll be lying. Pelosi gave a preemptive finger-wag during House Democrats' weekly meeting today.

“Let the attention be on his slobbering self,” Pelosi told members, according to two sources in the room. “If you want to walk out, don’t come in.”

Pelosi hoped to put the kibosh on any Democratic versions of Joe Wilson's idiot moment during Barack Obama's 2009 health care speech to a joint session of Congress, which gave then-Speaker Pelosi a serious case of whiplash and death-glare:

Pelosi urged House Dems not to create a scene, which would be more likely to backfire and draw attention to mean rude Dems than anything else. Save rebuttals for later.

Besides, said Pelosi, expectations are already so low for Trump that he's likely to be declared Presidential As Fuck just for reading his speech without falling right over and twitching:

“If his nose isn’t running and he isn’t burping, he did a great speech,” Pelosi predicted during the caucus meeting.

We believe Nancy Pelosi is wondering if the president might get "a cold."

A dozen or so House Dems are planning to boycott the speech and watch Romy And Michele's High School Reunion instead, and many Ds from both houses plan to bring a Dreamer as a guest to the speech, to emphasize that Trump is threatening to deport real people.

Needless to say, the Usual Idiots are already clutching their fainting salts and smelling their pearls over Pelosi's terribly uncivil way of calling for good behavior. Here's the Stupidest Man on the Internet, Gateway Pundit's Jim Hoft, who is simply aghast at the nassty Pelosi, he hates her, hates her!

Exhausted after using so many different font sizes, Mr. Hoft then turned his attentions back to worrying about Mexicans and wondering why insane far-left liberal leftists are so bent on degrading the national discourse. Probably because of that racist, Obama.

Asked for comment, Donald Trump lolled on his platform, popped some slimy wriggling worms in his mouth, and stared lasciviously at a cardboard cutout of Carrie Fisher in a bronze bikini, confident that no Jedi mind trick could ever shake his confidence, as those only work on people with minds.

Yr Wonkette is supported by reader donations. Please click here to send money! For Solo and the Wookiee!