Derp Roundup: Your Weekly Compendium of Cads, Creeps, and Crazies 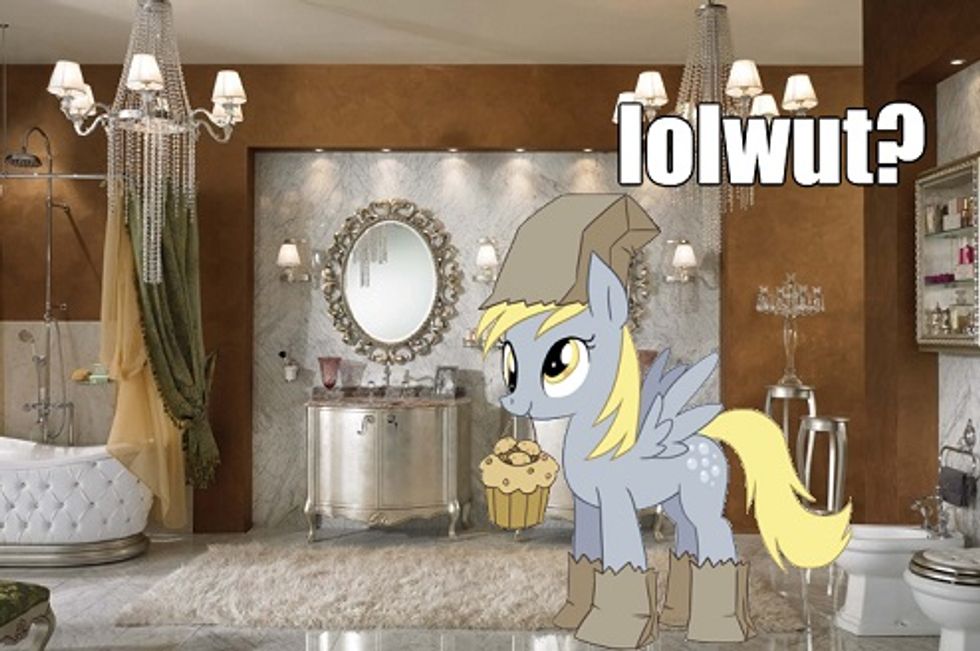 Welcome to another edition of Derp Roundup, that weekly big ball of wadded-up idiocy from our inbox that was too stoopid to ignore altogether, but that didn't quite merit a full-length Wonket post. Up first, a quick visit to that land of fiscal restraint, North Carolina, where Gov. Pat McCrory presided over a 2013 legislative session that raised taxes on the poor and cut them on the rich, resulting in a projected$2 billion cut in state revenues over the next five years. The revenue loss will require huge cuts for social programs and public schools -- after all, what can go wrong when you slash school budgets, anyway? -- but times are hard, and you gotta be careful not to waste the taxpayers' money. Which is why it only makes sense that Gov. McCrory is going to spend $230,000 on "remodeling bathrooms in his private living quarters at North Carolina's Executive Mansion." Sound like they'll be really nice once the work is done:

Planned upgrades include new marble, tubs and fixtures for six bathrooms on the upper floors of the Victorian-era home in Raleigh.

We aren't sure we can be too angry about this, though, since the last time the bathrooms in the Governor's Mansion were refurbished was in the 1970's. Gov. McCrory shouldn't have to deal with all those fixtures in Avocado and Harvest Gold. Besides, there's probably some extra costs involved in making sure the bathrooms aren't compliant with Sharia law. You can't be too careful about these things.