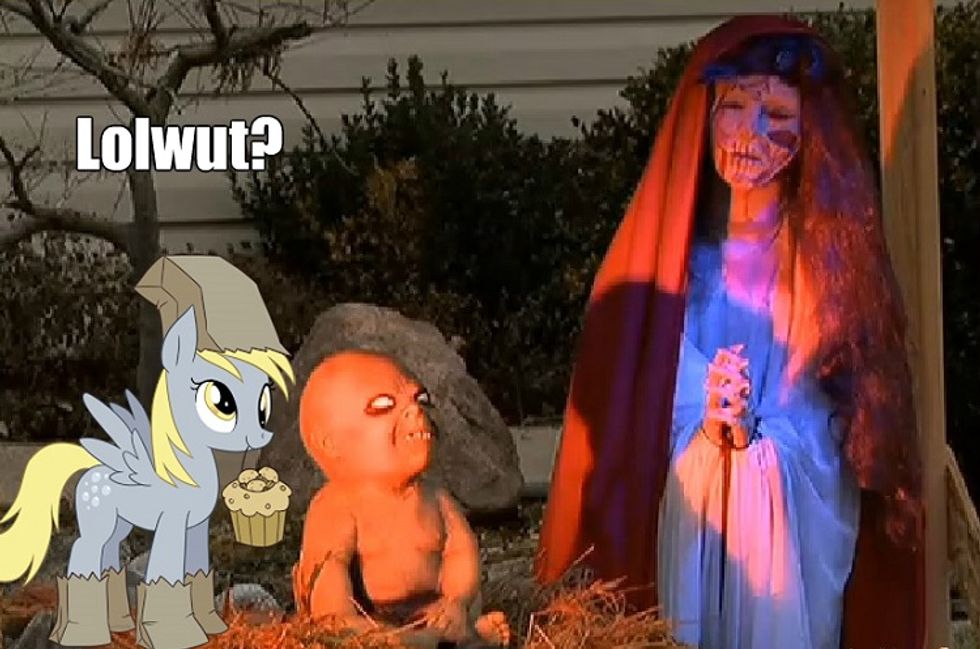 It's a special Ho-Ho-Huh? Edition of Derp Roundup, the feature where we bring you the stories that don't quite deserve their very own posts, but are too stupid to ignore altogether. So light the candles and gather round the hearth, and start drinking  first thing in the morning if that gets you through this mess. Absinthe is Christmassy, isn't it?