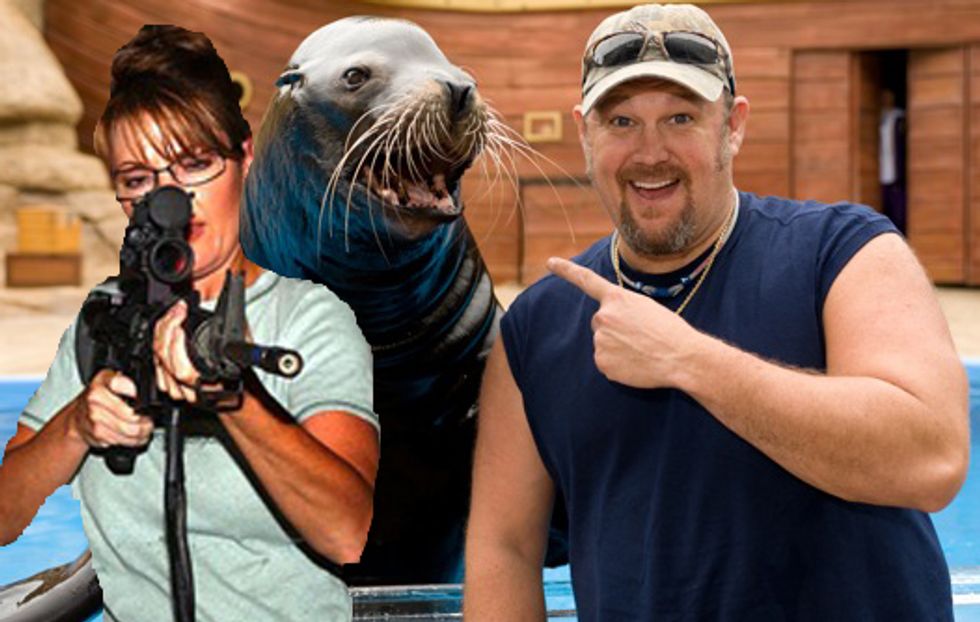 What happens when the political media starts following around candidates it thinks may actually run for president, and suddenly Sarah Palin gets slightly less attention? She starts hinting she's going to jump in the race soon. Andshe hints hard. "Nobody is more qualified to multitasking and doing all the things that you need to do as president than a woman, a mom," she said yesterday. And in case you hadn't noticed that there aren't many Republican contenders with vaginas: "Maybe someone who’s already run for something — a vice-presidential candidate?" Yes, let's draft Jack Kemp! He's been pretty quiet lately. Sarah Palin is not going to be able to keep herself out of this race. She's too jealous of the attention.

The Long Island Association, which bills itself as the state’s largest business group, invited Ms. Palin to speak about a month ago. She was paid for her appearance, but organizers declined to disclose details of the arrangement. It was originally intended to be private, officials said, but Ms. Palin asked that it be opened to the media.

Here's the ideal format for her campaign. She knows she can't win, but she needs to be in the presidential conversation to make her money. So she's probably going to refuse to go to Iowa and New Hampshire so she can take her message to the whole country, i.e., the places that will pay her tens or hundreds of thousands of dollars to say her catchphrases for an hour and pose with conservative men on oxygen tanks who want nothing more in the world than to fuck her. It's the dream of every little girl in America to run such a "campaign" for president!

Unfortunately for Sarah Palin, she can only be paid the big bucks to announce her candidacy once. Unless she starts up some sort of traveling Wild West show in which she tells every audience at the state fair grounds she's announcing her candidacy for the very first time at the show's finale. Now that's entertainment! [NYT]