Dianne Feinstein Heading For Reelection, But At Least There's A Neo-Nazi To Make Primary Interesting 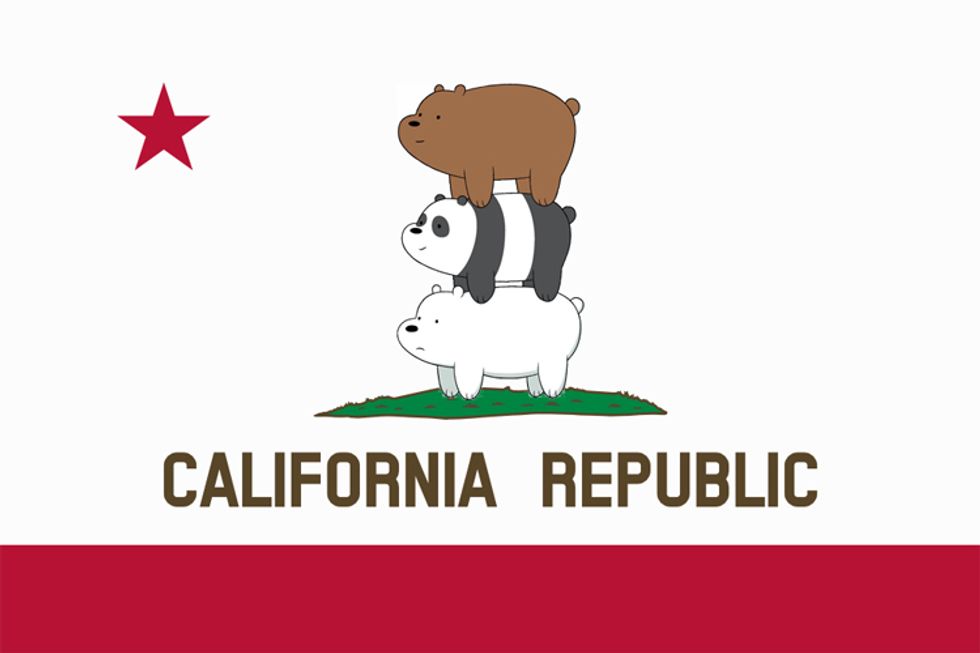 California holds its jumble primary for US Senate Tuesday -- the top two vote-getters advance to the general election, regardless of party affiliation. While that top-two primary arrangement could cause problems in congressional districts Democrats are trying to flip, there's almost no question that the top slot in the Senate race will go to incumbent Democrat Dianne Feinstein, who's seeking her sixth term. Unless something truly unlikely happens, DiFi is fairly certain of reelection in the fall. Of course, as noted political pundit Our Girlfriend always reminds us, nothing's a sure thing in the crazy politics of Weirdland America anymore, which is why there are 36 other candidates in the primary hoping to become that truly unlikely something.

The top serious challenger to Feinstein is former state Senate leader Kevin de León, who's positioning himself as the progressive alternative to the decidedly more center-lefty Feinstein, which means today's comments will be yet another foofaraw between folks who say Feinstein IS progressive, what with her ironclad pro-choice, pro-gay, feminist and pro-gun safety record, and those who insist she's just not progressive enough. De León isn't the only Democrat running to the left of Feinstein; there are a few others who think de León isn't left enough either, like Alison Hartson and Pat Harris, but de León is the only one getting any significant traction. The New York Times nicely summarizes what de León has going for him, and gosh, he sounds like a great candidate if he were running for an open seat:

Mr. de León, 51, represents what many party members see as one of the leading faces of the next generation of California Democratic leadership amid calls for Ms. Feinstein to step aside to make room for the next class of leaders.

But Mr. de León’s struggles suggest that this moment of transition remains a work in progress. He would seem to have the right political makeup to lead the party to its next chapter. He is more liberal than Ms. Feinstein at a time when the left is on the rise. He is Latino in a state where the power of Latino voters continues to grow. And he is coming off almost four years as president of the Senate, giving him a platform to present himself as one of the state’s most aggressive leaders in opposing Mr. Trump.

Thing is, California already has a US senator with very solid progressive bona fides, and she ought to be reelected. In May, Barack Obama endorsed Feinstein, and we really can't disagree with his reasoning here:

She’s always been an indispensable leader for California, and we became dear friends and partners in the fight to guarantee affordable healthcare and economic opportunity for everybody; to protect our planet from climate change, and our kids from gun violence.

Yes, yes, on healthcare, we'd love it if Feinstein were more overtly for single-payer -- possibly the biggest difference between Feinstein and de León. But if Donald Trump were beaten by a Democrat in 2020 and the Democrats have the Senate -- really, those are the fights we NEED TO FOCUS ON top even make Medicare-for-all remotely possible -- we have little doubt that Feinstein would come on board. Feinstein has already moved to the left along with the rest of the party, and there's no reason to think she'd dig in her heels on a fight for single-payer. And right now, DiFi has seniority and clout that will be key to opposing Trump's attempts to undo every last bit of the substantial progress made with Obamacare. We absolutely want single-payer, but right now the fight is making sure Medicaid and the ACA exchanges aren't ratfucked to death. Yeah, yeah, there we go being gradualist establishment shills again.

On almost all other progressive touchstones, DiFi is solidly on the good side of the issues. She was for marriage equality and long before most other mainstream Dems, and was one of just 14 Democrats to vote against the Defense of Marriage Act. Feinstein led the Senate in passing the first assault weapons ban, and would be central to efforts to bring it back. She's been absolutely tireless in fighting the NRA and pushing to reverse the flood of guns in American life -- having been among the first on the scene when Harvey Milk and George Moscone were assassinated is still a big part of what drives her all these years later. Remember when she told Ted Cruz just what he could do with his smarmy NRA mansplaining?

I’m not a sixth grader. Senator, I’ve been on this committee for 20 years. I was a mayor for nine years. I walked in, I saw people shot. I’ve looked at bodies that have been shot with these weapons. I’ve seen the bullets that implode. In Sandy Hook, youngsters were dismembered…It’s fine you want to lecture me on the constitution. I appreciate it. Just know I’ve been here for a long time. I’ve passed on a number of bills. I’ve studied the constitution myself. I am reasonably well educated, and I thank you for the lecture.

Also, hurrah for Patrick Leahy for the assist in pointing out Cruz's slippery slope nonsense.

Let's also not forget that while Feinstein has a reputation for being more hawkish that the average run of Democrats, she's also called her vote authorizing the Iraq War her greatest regret, and she was the point person in the fight to release the Senate report on the CIA torture program -- against the wishes of Barack Obama and in the face of a CIA ratfucking campaign that even involved hacking the Senate's computers in an attempt to hide the dirty secrets. And Jesus Christ doing the Macarena on a Boogie Board, Feinstein had to fend off mansplaining from former spy chief Michael Hayden over the torture report, too -- he said maybe she was a little too emotional about torture being bad. Yes, yes, she initially said Gina Haspel deserved serious consideration as CIA director, but DiFi ultimately voted against Haspel on the basis of her torture record.

On climate and the environment, Feinstein is solidly pro-science. She also sponsored the Desert Protection Act of 1994, which won us Joushua Tree and Death Valley National Parks, as well as the Mojave National Preserve. Desert tortoises don't have the vote, but they're grateful. As proof that politicians can evolve, Feinstein has also reversed herself on the death penalty, too -- in the '90s, she touted her support for capital punishment to get votes from Republicans, but now she's come out against the machinery of judicial death.

If Kevin de León doesn't take second place in Tuesday's primary, the other likely contender appear to be Republican James P. Bradley, a previously unknown healthcare company exec who somehow ended up polling third at least three times (possibly because in one poll, he was the "Anglo-sounding" guy whose name came first alphabetically on the ballot, and that gave him some kind of momentum.) There's also Erin Cruz, an author and self-avowed Tea Partier who's running against Obamacare, and perennial "who the hell is that?" candidate Rocky De La Fuente. Not a one of the R's have raised enough money to even require campaign reporting to the Federal election commission, so that may just tell you something.

Still, for the sake of amusement, at least there's an actual neo-Nazi in the race, one Patrick Little, who managed to actually finish second to DiFi in an early-May poll, and then get himself kicked out of the state Republican convention when he tried to register at the convention hotel. We captured a few inspiring images from his weird campaign website:

Among Little's other platform positions, there's a pledge to limit "representation of Jews in the government, to include judgeships, to number proportional to their percentage of the US population." He'd achieve that by firing all the Jews serving on courts over that percentage. He also says he'd diverting the equivalent of ten years of foreign and defense aid to Israel to reparations for slavery, to be divided equally among all black people in America, who would then have no reason to complain anymore. He'd enforce a permanent ban on aid to Israel by, reasonably enough, imposing the death penalty for any politician who introduces such a bill. Needless to say, he'd defund any institution which mentions the Holocaust, which never happened -- which if you think about it, is at least an attempt to pretend he's not trying to censor history.

Also, in what seems an odd departure from his overall focus on Jews and white supremacy, he calls for steering some icy comets and asteroids toward Mars so it can be more readily terraformed and made habitable by humans. Not sure if his goal there is a white ethnoplanet, or a place to exile all the nonwhites, but it's always nice to see a crazy wingnut who likes science fiction, since there are so few of those. You just know he doesn't see the least bit of irony in the movie version of Starship Troopers.

As far as we can tell, if there are any benignly goofy senatorial candidates in the Cali senate race, we haven't seen them; please let us know if we missed any Vermins Supreme. Maybe in the next California senate primary (2022), the kid in a squirrel outfit who won a seat in UC-Berkeley's student government as "Furry Boi" will be ready to challenge Kamala Harris. Assuming he isn't in the running before that, on account of her becoming President. Hey, send DiFi some love in the form of a contribution, will you? We have to keep EVERY seat this fall.

Yr Wonkette is supported by reader donations. Please click here to help us bring you EVERY DAMN SENATE RACE this year.