Dick Armey Can't Extract Himself From His Goats 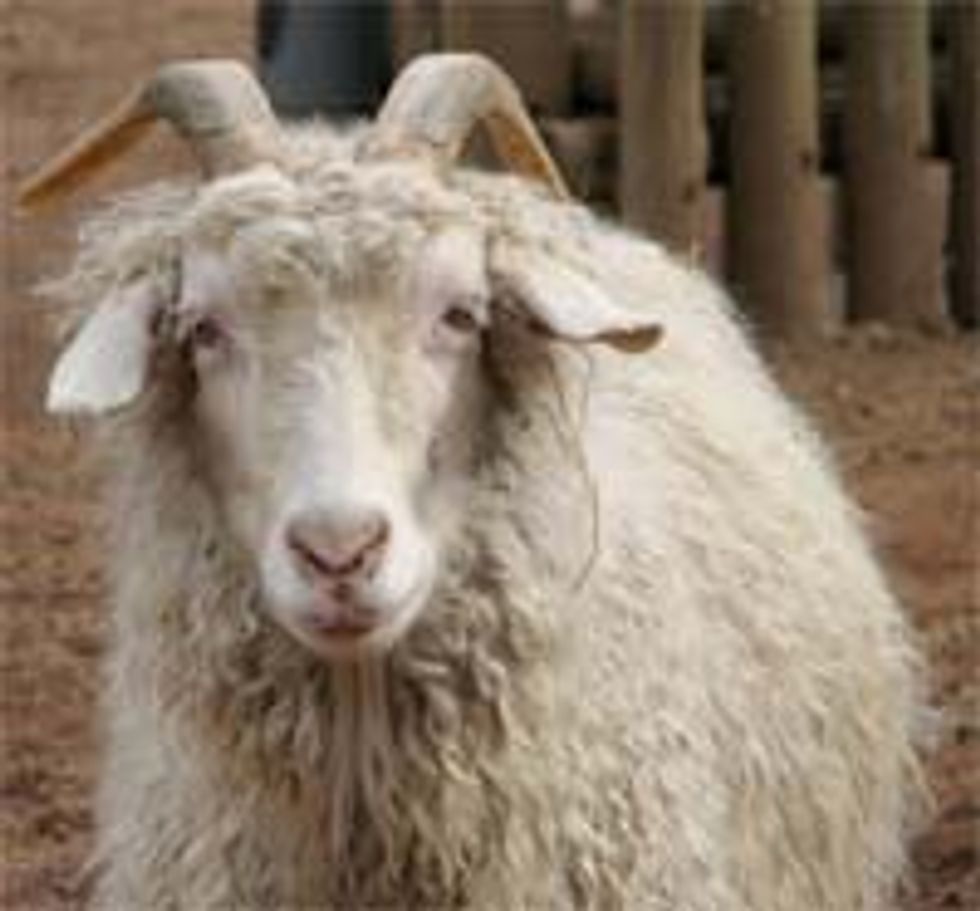 Dick Armey sure seems like a jovial fellow, especially considering how often someone named "Dick Armey" must have gotten cruelly mocked as a child. In alackadaisical interview with the Texas Tribune, he vaguely praises Rick Perry's political opportunism, casually notes that Tom DeLay was a free-spending jerk, writes off Barack Obama's 2012 chances, and professes his deep and abiding love for his sexy, sexy goats.

The interview is mostly about the Tea Party movement, much of which has been bankrolled by Dick Armey's FreedomWorks PAC, in a totally grassroots and bottom-up kind of freedom-loving way, of course. Why, even Dick Armey is surprised by how far his PAC money has gone! But sometimes in interviews like this with awful people of the moment, you ask about yesterday's scumbags, especially if your interviewee was around Back Then:

As soon as the Republican Party in office began to spend, you had the more or less goofy earmark strategy that resulted in this awfully ugly explosion of earmarks -- that was a shortsighted political strategy contrived primarily by Tom DeLay. And then, of course, when President Bush came in, he had the education bill, he had Medicare Part D, he had TARP. It seemed to me like President Bush just went on an eight-year spending spree that just was totally frustrating to the conservatives.

We admit that referring to a political strategy as "more or less goofy" is kind of endearing to us, as is talking smack about George W. Bush and Tom DeLay. What does Dick Armey have to say about the current president guy?

President Obama is already assured he will not be re-elected. To his credit, he's done that on his own hoof. I mean, his malfeasance in office has been so striking to the American people [that] there's no way he'll be re-elected. So if the Democrats want to hold the White House, they're going to have to beat him in their own primary in 2012 ... Barack Obama, when he ran for president, won a talent contest. The voters looked at the whole contest through a very shallow set of lenses, and he got away with it.

Yes, the last thing we want is to elect a president in a contest that measures talent of some kind. Also "malfeasance" has now been downgraded to merely mean "political actions we don't like." Let's hope that in 2012 -- when, we know with absolute certainty, Barack Obama will be defeated, possibly by Joe Lieberman in the Democratic primary -- someone completely untalented will be elected. Maybe this someone will be a washed-up ex-Congressman turned corporate lobbyist turned faux-populist con-artist? Or, as the Texas Times' interviewer asked, despite Dick Armey's laudable refusal to talk about himself in the third person, "Is Dick Armey one of the people interested in doing that?" This is what Dick had to say in response:

Oh, Dick, this shows a failure of imagination. You will inevitably be president! You'll be the most powerful man in the world! You can bring your goats with you to Washington. If Michelle Obama can grow elitist arugula on the people's White House lawn, surely you can turn the whole grounds into a goat pasture, and then do whatever they "depend" on you daily for.

Armey's goat fixation may explain his mysterious statement that Obama has "done that on his own hoof." Is the "malfeasance" of which you speak goat-related? PROJECTING MUCH, DICK? [Texas Tribune]