Dick Cheney Says We Should Look Into Gun Control (Is He Dying?) 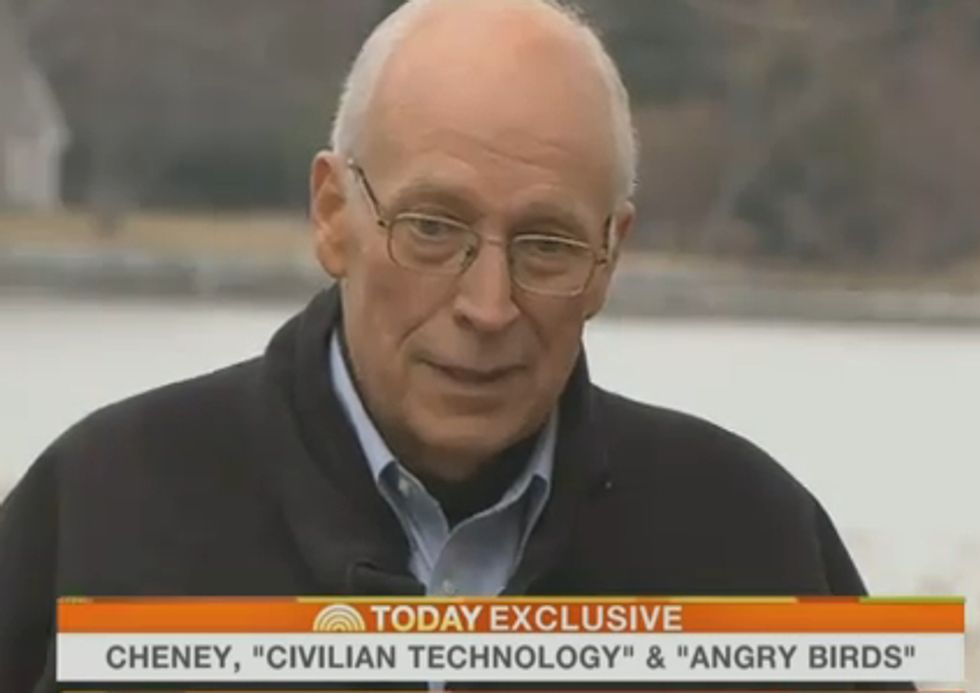 DICK CHENEY HAS GONE SOFT. All you need to do is look at this screengrab from the Today show. Yes, that's him discussing Angry Birds, a smartphone game commonly played by people who don't have millions of brown people at their fingertips to murder at will. It's a sign that his body's evolved venom sacs, which once powered his body, may no longer be working. Dick Cheney looks hauntingly mortal. And that means he may actually die soon.

And then this, from a man who once personally shot a guy in the face with a spray of gunfire:

Cheney, an avid hunter, said he is "willing to listen to ideas" on how to better control the purchase and use of firearms.

(Because he is the person in charge of listening to ideas.)

This is not the Dick Cheney we knew. This Dick Cheney is unpredictable. This Dick Cheney seems a little human. And that makes him all the more horrifying. WHAT IS HE UP TO NOW? This has to be part of some plot. We refuse to believe he will ever die. [MSNBC]