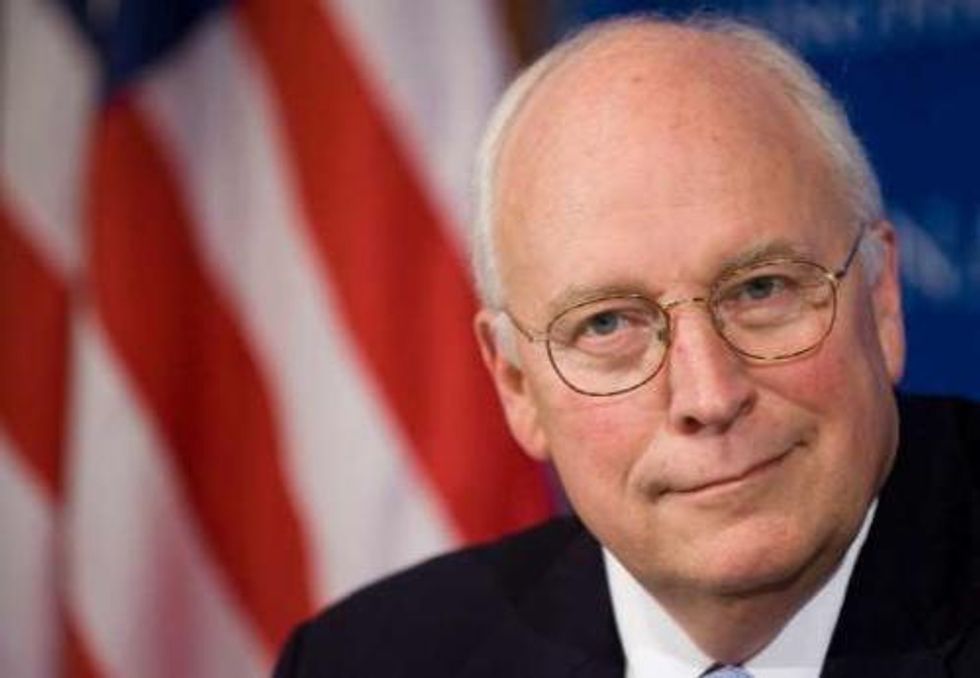 Good 9/11 Day to you, Wonkers, and May We Never Forget! Here is your ritual 9/11 gift, consisting of the retelling of the traditional 9/11 story by theDaily Caller explaining how Barack Obama never bothers with his PDBs -- his Presidential Daily Briefings -- and that is why he did the greatest Terror Attack on American soil, with his best friend Osama Bin Laden. Inpeach!

Former Vice President Dick Cheney took a shot at President Barack Obama late Monday night after it was reported that the president has attended fewer than half of his daily intelligence briefings.

“If President Obama were participating in his intelligence briefings on a regular basis then perhaps he would understand why people are so offended at his efforts to take sole credit for the killing of Osama bin Laden,” Cheney told The Daily Caller in an email through a spokeswoman.

Hmmm, according to Marc Thiessen, who is a swell and very brilliant guy, Obama has only attended about half of his PDBs -- you will remember the "PDB," made famous by how George "el Macho" Boosh was all like "fuck it" to the guy who had come to warn him about Bin Laden being "determined" to strike inside the US, "You've covered your ass now."

“During his first 1,225 days in office, Obama attended his PDB just 536 times — or 43.8 percent of the time. During 2011 and the first half of 2012, his attendance became even less frequent — falling to just over 38 percent. By contrast, Obama’s predecessor, George W. Bush, almost never missed his daily intelligence meeting.”

And that is why George "el Macho" Boosh Kept Us Safe (Never Forget), Barack Obama didn't, and Osama Bin Laden is still alive and plotting, because Barack Obama couldn't be bothered to do his homework.

But what do Barack Obama's people say about this very grave charge? Oh, just that he reads the PDBs instead. As if anybody would ever believe a president could read words, on paper. [DailyCaller]