Dick Cheney's Daughter Got Gay Married, To Another Lady! 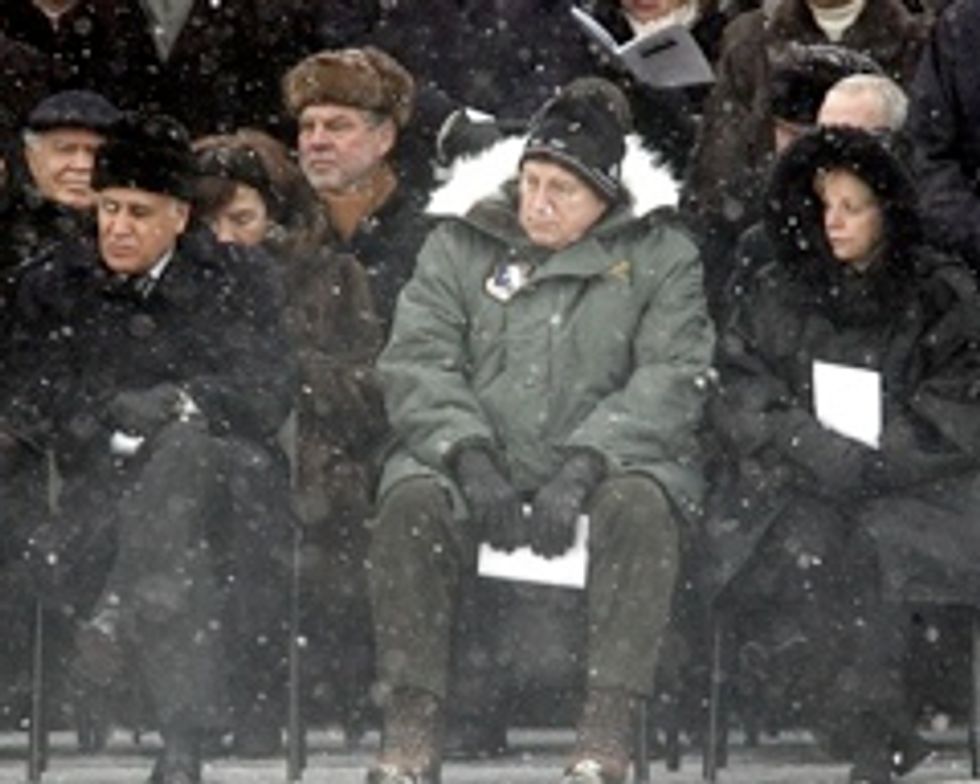 Wedding bells in DC! See down here, in the World's Most Evil City, we let gay people get married and don't think nothin' about it. Theproud couple today was Mary Cheney, daughter of a former banana republic warlord, and longtime girlfriend Heather Poe, who probably has parents too. Cheney has already used science magick to birth the couple's two children. Dick Cheney is furious! No, he's happy, about this one thing.

Dick Cheney has long been a lover of gays. Most Republicans who have actually lived and worked in the modern world secretly are, but can't admit it like Cheney can with his familial connection. Here is his and Lynne's statement:

In a statement issue by Cheney and his wife, Lynne, said, ”Our daughter Mary and her long time partner, Heather Poe, were married today in Washington, DC. Mary and Heather have been in a committed relationship for many years, and we are delighted that they were able to take advantage of the opportunity to have that relationship recognized.”

The former vice president added, “Mary and Heather and their children are very important and much loved members of our family and we wish them every happiness.”

No, you still aren't allowed to reference Mary Cheney in a debate, John Edwards. Mostly because you'll never be in a debate again, thank god.