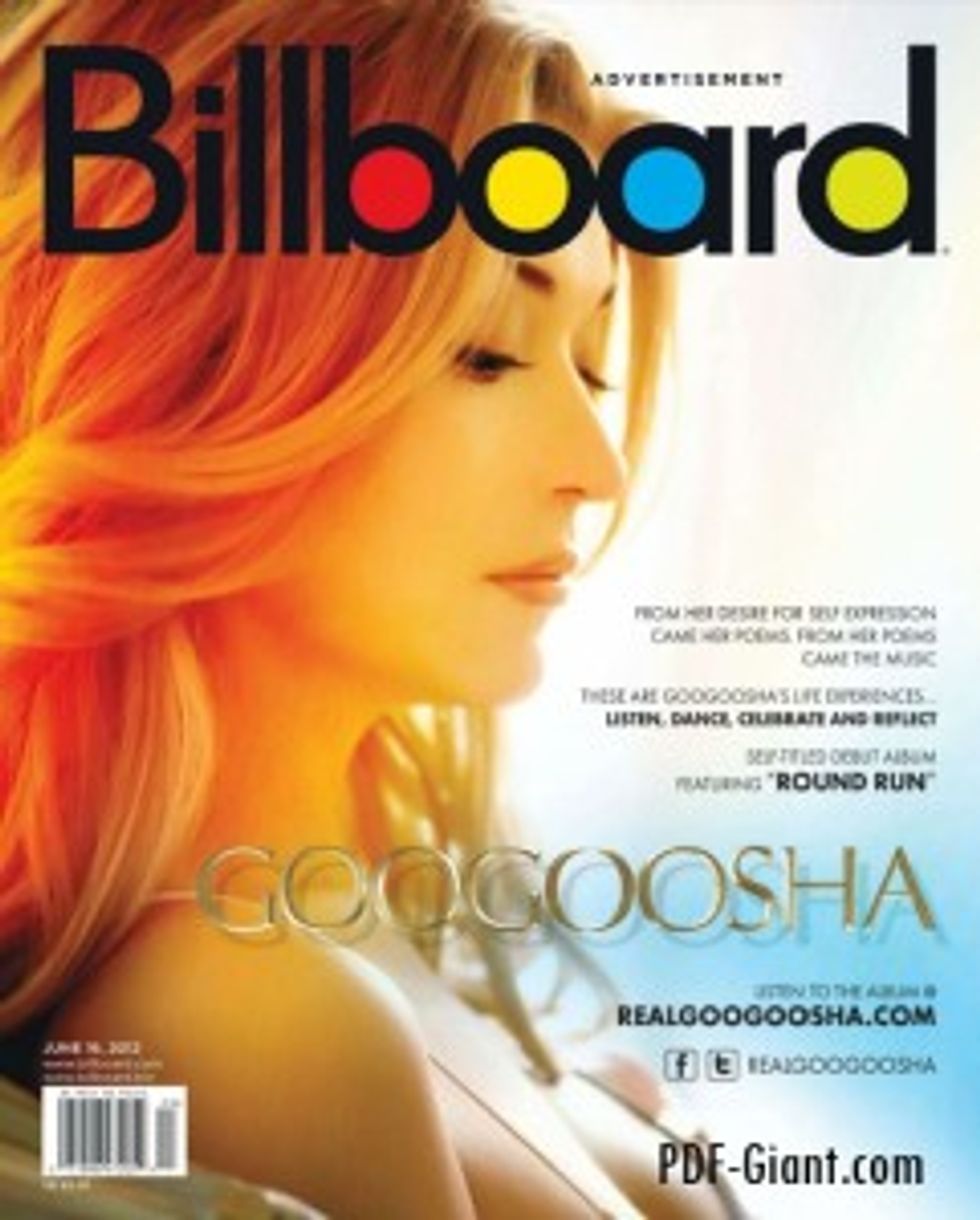 Wonkette's favorite dictator's daughter, Uzbekistan's Gulnara Karimova, has been laying low since the embarrassment of her failed New York fashion launch and the online kerfuffle about her relationship withSusan G. Komen's Race for the Cure. It looks like fashion gets all messy when you use slaves to pick your cotton, and philanthropy as a self-promotion strategy didn't work out very well for her either. But, if you have lots of dictatory money, you can buy yourself pop stardom or a good facsimile!

This month, under the coochie-coo nickname her murdering daddy gave her, GooGoosha, Karimova launched her new English-language pop album and claimed on her website that she was interviewed by CNN and that Billboard did a "stellar review" of the album's single "Round Run." But that page has since been mysteriously removed. (But our source for all things Gulnara over at Eurasia.net saw 'em.) Evidently, even before the articles were removed, the links provided to the CNN interview and Billboard magazine article took you to a page that said "Lorem Ipsum is simply dummy text..." A search on CNN and Billboard websites comes up with nada.

For more liar-liar-pants-on-fireness, on GooGoosha's Facebook page she wrote, "Look ... June 16 issue of Billboard magazine!!" with a lovely picture showing what looks like her highness on the cover of Billboard magazine. And on Twitter she said, "Check out the current issue of Billboard! (June 16 issue)," implying that she is actually on the cover. However, upon close inspection, one can see something at the top of the magazine cover which says "advertisement," which means it was probably a "wrap cover" that goes on the outside of print magazines. The budding popdicatorette had to buy that exposure. She also bought a Twitter promotion campaign - the kind that sends out gazillions of annoying tweets that all say the same thing with just a little change at the front end - "Love Dragonette? Follow dance pop sensation @realgoogoosha & check out her latest music, including the hot new single "Round Run!" Love Robyn? Love Paul Van Dyk? Love Hitler? and on and on until the tweet machine ran out of popstar names and/or all her followers blocked her.

We know you're dying to hear her album, and you'll be pleased to know it's available on Amazon, where the reviews are pure gold. Just a sample:

"...the tracks on the album sound like Gulunara (sorry I mean Guli, or uh, Googoosha?) was in the room with a tape recorder, sampling the tortured screams of some poor sap who dared to question the viability of kleptocratic totalitarianism as a political system."

"Meet Gulnara Karimova, the playgirl daughter of Uzbekistan's septuagenarian dictator Islam "Let them eat bullets" Karimov. ... Helping her is the well-known Russian pop-music composer Maksim Fadeyev, who has followed in the footsteps of Sting by accepting a healthy wad of Googosha's dad's blood-stained cash."

"Perhaps Ms. Karimova could try clapping faster to the cadre of high paid producers that put together this garbage for her."

We wish Gulnara the best in her newest fake career and hope that she tours America like Amter, an A&R guy for Warner/Chappell Music, proposes: “The best way for her to promote her album is to actually be in America via a tour or at least promotional dates to try and have authentic interactions with fans.” Wonkette can hold one of our now-famous dive-bar gatherings at a GooGoosha tour venue near you!