Did Your Son Rape A Woman? We Mean 'Drink Excessively And Do Promiscuity To Her'? 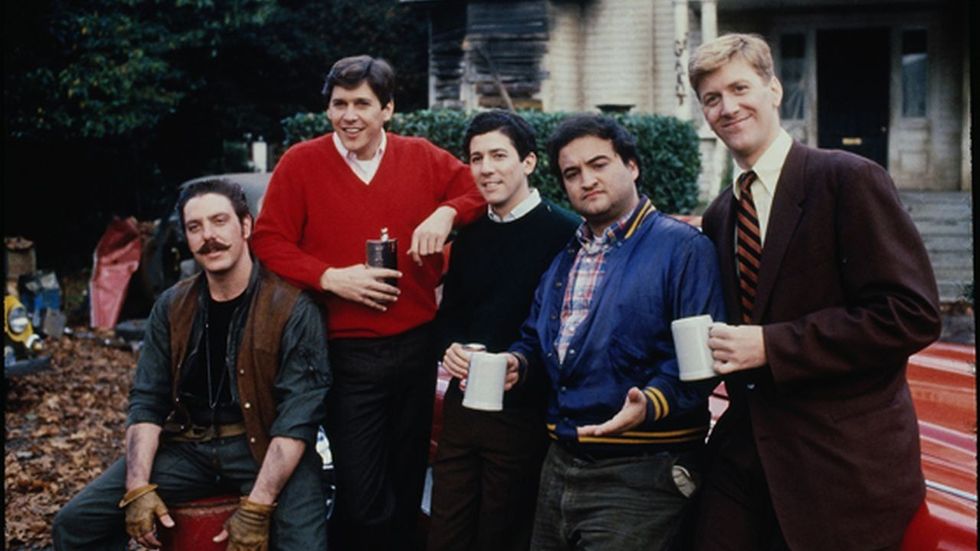 gonna do some campus drinking culture and the sexual promiscuity that goes along with it all night! Perhaps you were on the Internet this weekend. If so, presumably you already read the holy shit Buzzfeed letter that the woman who was raped at Stanford wrote to her rapist, young, nerdy Brock Turner. She is a really good writer! It was a holy shit letter! If you haven't read it,head on over, and we'll see you back here in ... hmmmm, about 20 minutes. Okay, scoot!

So, that was an excellent letter. It made you sad, and angry, and punch something. It was very evocative! You really felt like you were there! Maybe you, like the Swedes on bicycles, would have stopped the rape behind the dumpster. Maybe you would have called someone else for help! Maybe you would have done neither of those things, but instead would inform everyone that alcohol causes promiscuity. Let's find the relevant portion of this woman's letter to the man who raped her, which she read aloud in open court.

You said, you are in the process of establishing a program for high school and college students in which you speak about your experience to “speak out against the college campus drinking culture and the sexual promiscuity that goes along with that.”

Campus drinking culture. That’s what we’re speaking out against? You think that’s what I’ve spent the past year fighting for? Not awareness about campus sexual assault, or rape, or learning to recognize consent. Campus drinking culture. Down with Jack Daniels. Down with Skyy Vodka. If you want to talk to people about drinking go to an AA meeting. You realize, having a drinking problem is different than drinking and then forcefully trying to have sex with someone? Show men how to respect women, not how to drink less.

I feel like that would be fair. Here is some more, about drinking and "promiscuity."

I told the probation officer I do not want Brock to rot away in prison. I did not say he does not deserve to be behind bars. The probation officer’s recommendation of a year or less in county jail is a soft time­out, a mockery of the seriousness of his assaults, an insult to me and all women. It gives the message that a stranger can be inside you without proper consent and he will receive less than what has been defined as the minimum sentence. Probation should be denied. I also told the probation officer that what I truly wanted was for Brock to get it, to understand and admit to his wrongdoing.

Unfortunately, after reading the defendant’s report, I am severely disappointed and feel that he has failed to exhibit sincere remorse or responsibility for his conduct. I fully respected his right to a trial, but even after twelve jurors unanimously convicted him guilty of three felonies, all he has admitted to doing is ingesting alcohol. Someone who cannot take full accountability for his actions does not deserve a mitigating sentence. It is deeply offensive that he would try and dilute rape with a suggestion of “promiscuity”. By definition rape is not the absence of promiscuity, rape is the absence of consent, and it perturbs me deeply that he can’t even see that distinction.

We don't need to belabor this, do we? Brock Turner has been found guilty of three violent felonies; pine needles and dirt were removed from the vagina of the woman who wrote the letter, after he raped her on the gravel behind a dumpster; he admits only to drinking and promiscuity. We are all clear that this is ... an inadequate response?

Well, Brock Turner's father is not. He has a letter his very own self, and in it bemoans his son no longer taking an interest in ribeye steaks or salty snacks. His son's life has been ruined, and for what? For alcohol and the promiscuity that goes along with it? His son is having a very hard time!

Dan Turner's son, Brock Turner, is truly remorseful that he did promiscuity to that young woman. He is a changed person, and will have to register as a sex offender for the rest of his life, for being promiscuous on the young woman's unconscious body, nude on the gravel. All this promiscuity, ruining so many lives with the consensual doing of it.

Brock Turner will spend six months in jail, and serve some probation. He is very very very sorry the campus drinking culture made him have the sexual promiscuity that goes along with that.

Also, he takes full responsibility for his actions.